Bryan Miles’ Manifesto on the Benefits of Remote Work Generated (at least) $1.1 Million in New Revenue for His Company 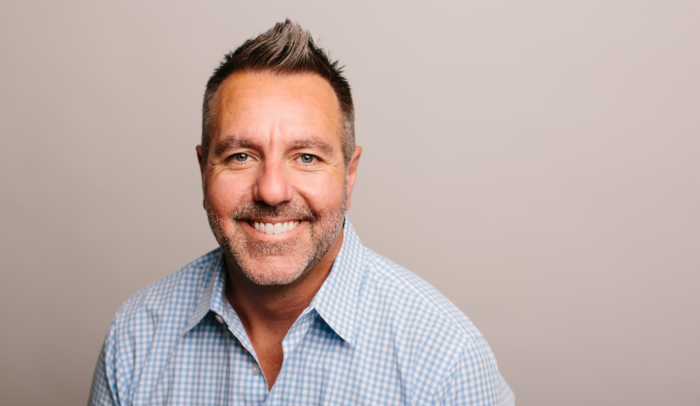 On the surface, the company that Bryan Miles co-founded offers busy leaders help with services such as bookkeeping, website management, and personal assistance.

But look deeper and it becomes clear that the true value Belay Inc. offers its clients is unlocking their superpower.

As CEO, Bryan sees leaders every day who are struggling to grow their business for reasons they can’t understand. What Bryan helps them see is that they’ve hit the lid on their personal capacity and need to delegate—a skill they never learned in business school.

“We come alongside these leaders and help them get the things off their plate they shouldn’t be doing, so they can focus on the things they should be doing.”

Managing someone’s email may seem trivial, but such a simple act can lead to huge results because previously encumbered leaders are now free to unleash the full extent of their powers. That’s what Bryan is after: professional liberation that creates company-wide transformation.

When Belay was recognized for its culture, Bryan saw the perfect opportunity to share his vision for the future of the workplace.

When Belay was named Top Company Culture by Entrepreneur Magazine in 2017, questions flooded in from people wanting to know how a remote company like Belay had built an award-winning culture. It rekindled an idea Bryan had kicked around for a while: writing a book that was part manifesto and part playbook for creating and operating a virtual company.

A book would attract tier one media attention for Belay and increase their top-line revenue, but also allow Bryan to share the benefits of remote working: cost savings, an atmosphere of trust, increased productivity, higher employee satisfaction, and increased retention of talent.

Sharing his message fit perfectly with Belay’s mission to unlock the superpowers of others, and doing so through a book would give Bryan the perfect prospecting tool for his sales team.

“I didn’t have this vision of writing a hugely popular book, or a New York Times bestseller. I wanted a tool our sales team could use for their prospecting efforts and that we could leverage to gain greater market exposure through podcasts and more tier one media opportunities.”

Bryan needed a high-quality book that he could publish quickly.

Once Bryan decided it was time to write his book, he moved to weighing his options.

He knew for sure he didn’t want to write it alone. His work as CEO kept him too busy to sit down at a keyboard and write consistently, plus he’d always valued expert help.

Next, he turned his attention to doing the project in-house. Belay outsourced the writing it did for clients—mostly social media posts and short marketing pieces like blog posts. The writers they used were talented, but the kind of book Bryan wanted was outside their depth.

Then there was traditional publishing, which looked like the worst option of the three.

“The traditional publishing route never seemed attractive to me. In fact, it sounded slow. It didn’t sound like I could get to market really quick, and timing was critical for us.”

For Belay to capitalize on its newfound attention, Bryan needed an option for writing his book that combined quality with speed. That’s when a friend recommended Scribe.

One sales call with Scribe told Bryan all he needed to know.

Bryan checked out Scribe’s website and was immediately impressed with what he saw. There was no sales pitch, just stories of CEOs like him who wanted to put out meaningful content that would drive results for their organization while also making an impact on readers.

During his first conversation with the Scribe team, Bryan appreciated that they qualified him as much as he qualified them. Why? Because Belay operates the same way.

“That call told me Scribe put serious thought into who they would bring on. They wanted to know that I’d be a good customer since they’d be spending so much time with me. It put my mind at ease to know Scribe could be selective about who it worked with.”

After that, it was a no-brainer for Bryan. He was ready and eager to knock his book out.

From the start, Bryan found the work rewarding and challenging. His editor pulled the ideas from his head, and together, they structured everything in a way that would make sense for the reader. While stressful at times, Bryan said outlining was ultimately cathartic for him.

The writing phase played out in a similar fashion. Bryan loved the way his editor listened to him, articulated back what she thought she was hearing, and then crafted something consumable.

When it came time to edit during revisions, however, Bryan was once again challenged.

“It wasn’t time consuming necessarily. As a leader, I run at 50,000 feet, so to have to go down to one foot and dig into the details, that was the tough part for me.”

Bryan admired the fact that no matter where he struggled, his Scribe team was alongside him every step of the way, supporting his goal in the same way Belay supports its clients.

“In every interaction, I could tell the Scribe team cared about me. They really wanted to help me get the idea out of my head and onto paper. That meant the world to me. I was never worried, but it was a monumental effort, and they saw it through to the end.”

The book led to high-profile media exposure that added seven figures in new top-line revenue within the first year. 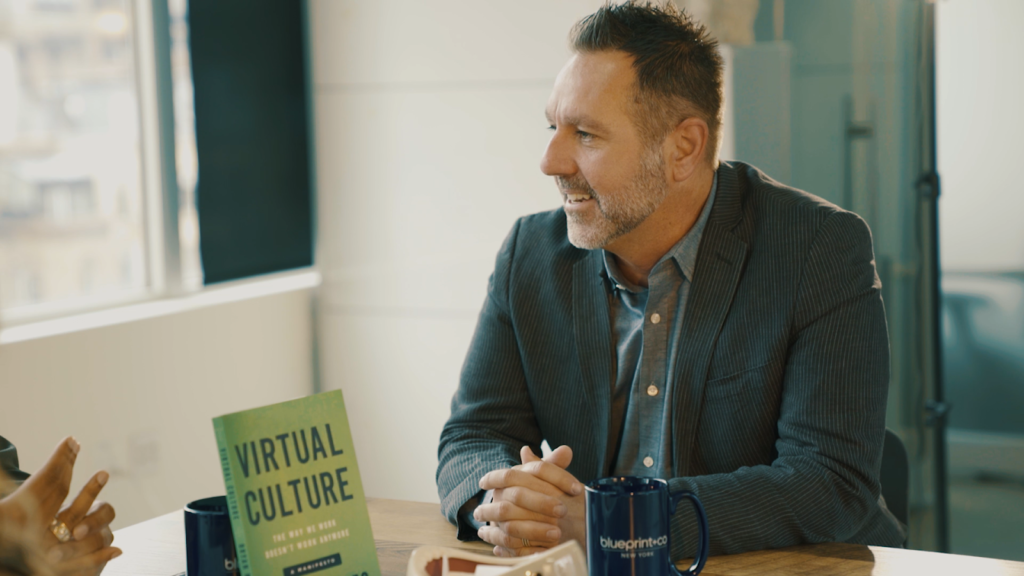 A few weeks after Virtual Culture launched in January 2018, Bryan landed the kind of tier one media opportunity he’d been hoping for: an interview on Building a StoryBrand with Donald Miller.

The episode started a wave of media opportunities that, frankly, surprised even Bryan.

“It was like trying to catch a tsunami with a tea cup. After we were on Donald’s podcast and got exposed to his action-oriented audience, all sorts of big time opportunities came our way. It was a huge win for Belay that wouldn’t have happened without the book.”

With a book, Bryan had built-in talking points that appealed to a wide swath of podcast listeners. As a result, he landed one opportunity after another in a short period of time. He shared about the promise of a remote workplace, and at the same time, worked to raise Belay’s profile.

It worked: within one year, the book generated an additional $1.1 million of top-line revenue.

“If you’re serious about growing your organization, at some point you have to put a stake in the ground and put a body of work out there for the public to consume.” 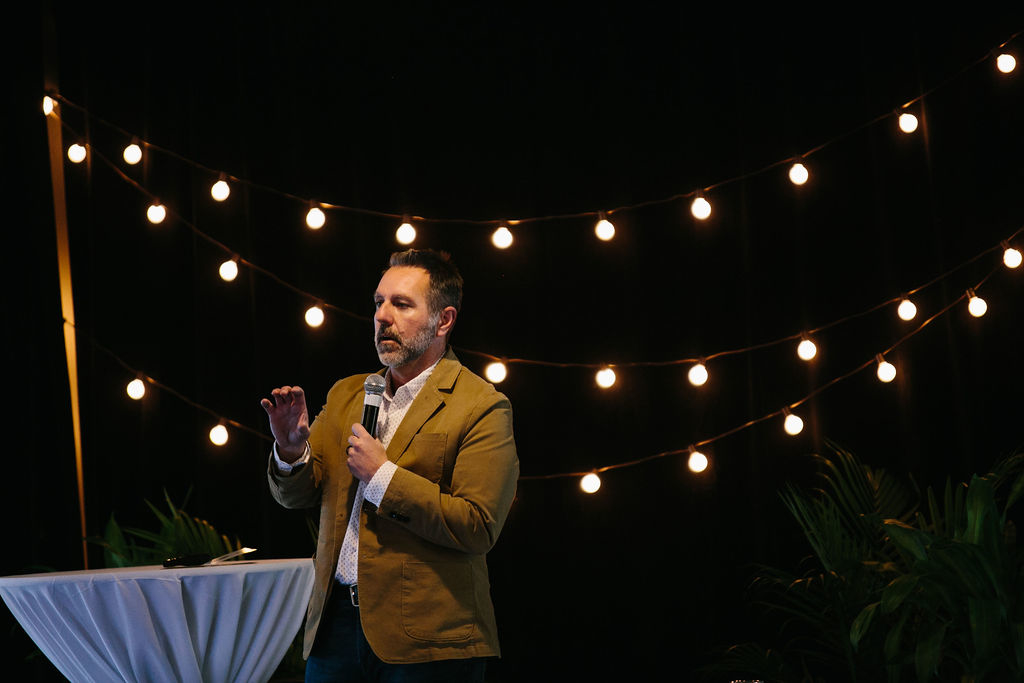 While the financial rewards have been massive, Bryan doesn’t take for granted the impact his book is having on organizational leaders. Every week he gets messages from startup founders and the heads of nonprofits who were inspired to ditch their office space and go remote.

One call was particularly memorable. The management team of a growing organization told Bryan they’d been struggling to attract the right type of leader to their organization. After reading his book, they knew the secret to drawing in the right leader was becoming more remote.

“When someone tells me I’ve changed the way they think about office space, or that I made them realize they can’t wait another decade to address this issue, it’s a huge thrill. That’s why I wrote a manifesto: to take a stand that would rattle some cages.”

Here are a few more people who’ve been inspired after reading Bryan’s book: