How Jeb White Helps Students Get into Their Dream Schools 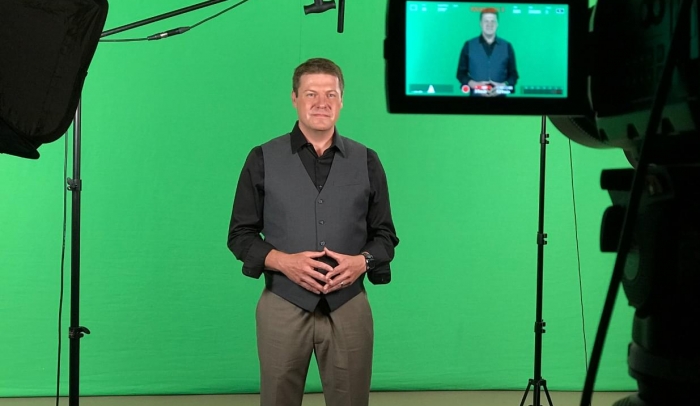 The odds were stacked against Jeb White going to college.

His family moved nineteen times before his 16th birthday, and when it came time for the twentieth move, Jeb was done. He applied to the country’s top boarding schools and asked each one to consider a good football player with strong grades but no money. To help his chances, he made the turbulent story of his childhood the centerpiece of his cover letter.

It worked: Jeb was accepted into McCallie School in Tennessee. From there, his life swung in a more positive direction. He told his story again when it was time to apply for college and got accepted to the University of Pennsylvania, an Ivy League school.

Going from rural Kentucky to the Ivy League sparked an idea that Jeb just couldn’t shake.

“When I was applying for college, I saw a lot of my friends back in Kentucky struggling to get accepted anywhere. I knew if I could do it, they could too. With some help, they could package their application in a way that would make them stand out.”

Jeb saw students frustrated by a cookie-cutter approach to the college application process.

Jeb worked full-time as an appellate lawyer, but during his spare time, he started helping students from lower to middle income families create standout college applications.

His work filled a serious need. Everywhere he looked, students were getting rejected from their top schools—not because they lacked credentials, but because they got terrible advice. Every counselor and book preached the same message: talk about what you’ve done, all the volunteer work, leadership opportunities, awards, your GPA, and the sports you’ve played.

This formulaic approach didn’t work because it made every student look the same.

The students who were actually getting into those schools talked about who they were as people. They looked unique in the eyes of the admissions counselors because they shared the compelling aspects of their story.

As Jeb had the same conversations with families, he realized this ubiquitous problem needed to be solved, and to do that, he had to expand his reach beyond one-on-one sessions.

He also needed a credential that signaled his expertise as the “college admissions guy.”

“That wasn’t my pedigree at all. Even though I was helping friends and family get into college, there was nothing in my background that spoke to that. I knew a book could give me credentials and would be something I give people to help them out.”

Jeb tried and failed to write the book on his own.

Jeb had the knowledge he needed for a book in his head but didn’t know how to get it out. He’d succeeded in telling his story in a college application and spent his free time helping students do the same, but when it came to a book, the process overwhelmed him.

“I spent six months working on an outline. I would put it aside and come back to it when I worked with the students. At no point, though, was my book ready to take flight. I was stuck.”

Between his work as a lawyer and helping students, Jeb’s book idea kept getting punted down the road.

He knew the world needed his knowledge, but he didn’t have time to write it down.

Things changed when he attended a graduation and saw students walk across the stage he knew could’ve used his help. Seeing the kids who were not going to the schools they could was the kick in the butt he needed to prioritize his book.

Scribe was the answer Jeb had been seeking.

As he thought about his book, Jeb kept going back to the idea of an old-school scribe who could record his thoughts and turn them into a published work.

He searched freelance websites like Upwork but found the quality lacking. He also knew he didn’t want to use a ghostwriter. Jeb wanted a scribe but couldn’t find one.

Then he heard Scribe cofounder Tucker Max on Mike Dillard’s podcast and things clicked. As Tucker described his company’s process of interviewing authors and writing a book from their spoken words, Jeb knew he’d found the solution to his book writing woes.

“Scribe perfectly fit what I needed because that’s what I was looking for—someone to get this book out of my head. Hearing that podcast, I knew I needed to reach out.”

In a matter of months, Jeb had a finished book. 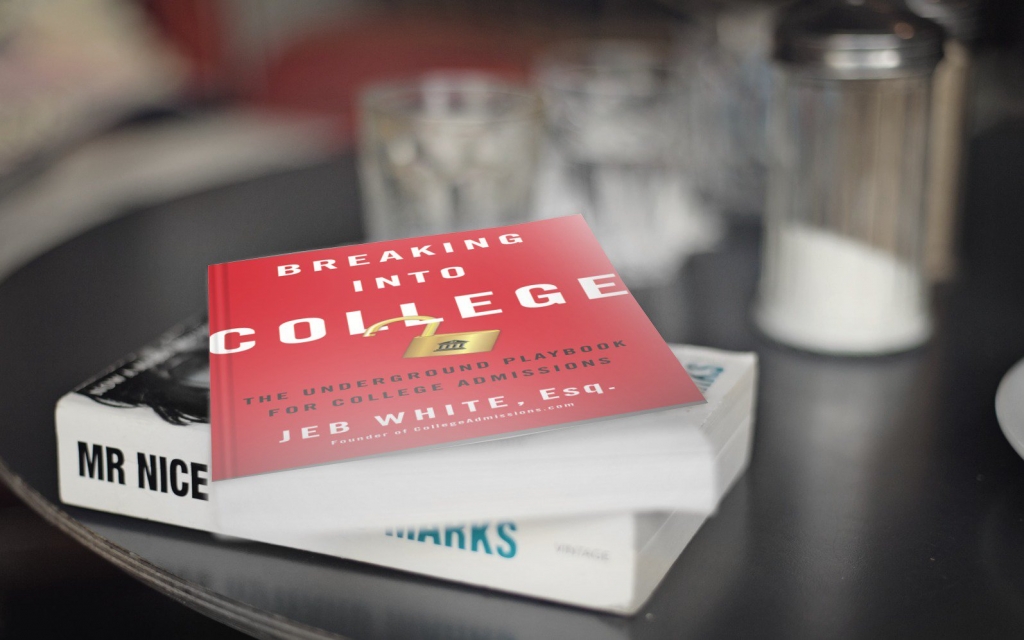 When he tried to write the book himself, Jeb took six months to produce a half-finished outline. With Scribe, the entire process was finished in seven months.

The difference was in the approach. Jeb’s outliner pulled his material out in chunks, then arranged them in a way that made sense. Along the way, he pushed Jeb to dig into something he’d never considered adding to his book: his own story.

Ironically, Jeb wanted to keep the focus on the students, but as he came to realize, his background made the material more compelling.

“On those early calls, we explored the parts of my story that might inspire people. These are things I work with students to do in their college essays, and going through that process as we worked to outline my book was a rewarding experience.”

Once the outline was finished, the content calls began. For Jeb, it was everything he wanted in a book writing experience. His scribe would call and “story time” would begin. The fact that a finished chapter could emerge from those calls always surprised him.

Like many authors, Jeb hit a bump in the road when editing began. Even though he served as the editor-in-chief of his college law review, he didn’t like editing his words. Jeb picked apart every sentence, but with his scribe’s help, he learned to trust that his content was solid.

“I’ve talked with authors who say writing a book is like giving birth to a porcupine. With Scribe helping me, that wasn’t my experience at all.” 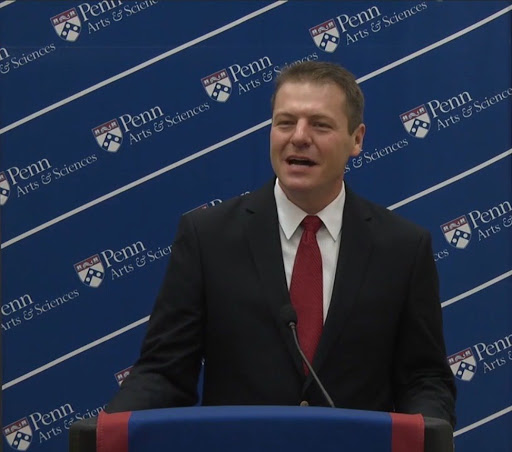 Within one year of publishing his book, Jeb quit working as a lawyer to focus on his business, CollegeAdmissions.com. He gave away thousands of copies of his book, Breaking Into College, as a front-end offer to get students enrolled in his online courses.

Despite the book coming out late in the college application process, he had over 700 students go through his online course in the first year. That number increased exponentially the second year.

Before factoring in business from the 2018-19 school year, the book has had added six figures to Jeb’s consulting business and created thirty speaking opportunities for him.

Speaking at local high schools is perhaps Jeb’s favorite result of the book.

“I talk to high school students who, in the beginning, are just looking to fill up time before their next class. By the end, some are crying because they see themselves in my story and understand what’s possible for their lives, whatever their background.”

Jeb’s work is validated by the students who read his book and go through his program.

For Jeb, the most meaningful impact of his book is still found in his work with students.

He points to Colin, a young man who loved computers but made no mention of this love in his college applications. Jeb encouraged him to add something, but Colin had a problem: there was no computer lab or club at his school, and because of its rural location, the school had terribly slow internet. In other words, Colin had no way to show colleges he loved computers.

Jeb told him to start a Computer Entrepreneurial Club. Colin took the idea to his principal, who told him there was no funding. Undeterred, Colin went to the community and raised money to start the club. He wrote about that experience in his college application and got accepted into Johns Hopkins. One day, walking around campus, Colin saw the admissions counselor who’d read his essay and she shared how inspiring Colin’s story had been to read.

Colin’s experience is one of dozens that reminds Jeb of the value of his work. Another small but meaningful reminder came when Jeb went to eat lunch with his son at school.

“My son introduced me to his friends by saying, ‘this is my dad—he wrote a book that helps get people into college.’ To know he saw me that way meant the world to me.”

Eighteen months after publication, Jeb’s book is still being discovered by students and parents who need his knowledge. Breaking Into College is a top 40 book in Amazon’s College Entrance and College Guides categories, and has accumulated over 53 five-star reviews, like these two: