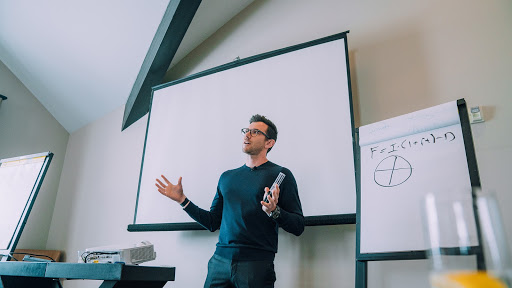 Nick Sonnenberg is an engineer by trade. He loves building things and solving problems so much that he started two businesses that provide him ample opportunities to do both.

Leverage is an outsourcing platform of high-end freelancers. Efficient Frontier Solutions is a business efficiency consulting company. Both share a common purpose: help entrepreneurs do things more efficiently through automation and optimizing their systems and operations.

Nick’s work impacts businesses in ways large and small. His team at Leverage saves business owners countless hours they can use elsewhere in their business.

When it comes to applying his engineering prowess, there is perhaps no problem that gets Nick more excited than the future of work. It’s why he started both his companies: to shape what that future looks like and help his fellow entrepreneurs prepare for what’s coming.

“We’ve helped people save hundreds of thousands of dollars. One company I consulted with recently, we saved them millions of dollars in terms of internal efficiencies.”

Nick wanted to share his approach to starting a business.

As a bootstrapped company, Nick used pre-existing tools in new ways, had an entirely remote workforce, and leveraged automation to avoid the massive costs most startups incur.

“If you don’t use preexisting tools and try to build something from scratch, that could cost hundreds of thousands of dollars in software. If you’re not thinking about automation, then you have to hire a lot of people to accomplish things with brute force.”

Nick soon realized that other entrepreneurs could learn something from his unique approach. He’d seen other books like The Lean Startup that taught entrepreneurs how to build, measure, test, and validate their hypotheses, but in Nick’s eyes, there was still a hole in the market.

He didn’t want to write a how-to guide, but rather a story of his first year in business. By taking readers behind the scenes and guiding them through his thought process, he could show them how to build a successful business without taking huge risks or being buried in debt.

Nick also knew a book could attract new opportunities for him and his businesses.

“I was looking for credibility and higher fees for speaking engagements, as well as a lead gen tool. I wanted to get more clients for Leverage and use the book as a nice gift for my existing clients. Shirts and pens get thrown away. A book is more meaningful.”

As Nick studied Scribe’s process, he saw it fit perfectly with the one he’d created.

“I believed in Scribe’s process. It wasn’t like, ‘Let’s just start typing and figure out the direction as we go. It was structured, with the North Star, the table of contents, and figuring out the tone. By doing that, it minimized surprises along the way.”

Since he already had a running diary of thoughts in his voice, Nick didn’t worry about content or tone. The only item that gave him pause was the book title and cover. Nick didn’t want a generic cover or a forgettable title. If it had his name on it, the book needed to grab people’s attention.

By focusing on efficiency above all else, Nick finished the book in just four months, far quicker than most Scribe projects. Not only did the process fly by, but Nick described it as painless.

“Honestly, I can’t imagine a way of writing a book that’s easier than how Scribe does it. I know people who write their own books and it takes years of blocking off time every day for deep work. I wasn’t interested in being a New York Times bestselling author, but even if I had a deal with a big publisher, I’d still use Scribe to write my book.”

Receiving the first copy of the book in the mail was a moment Nick will never forget. For the engineer and entrepreneur, it felt incredible to add another title beside his name: author. 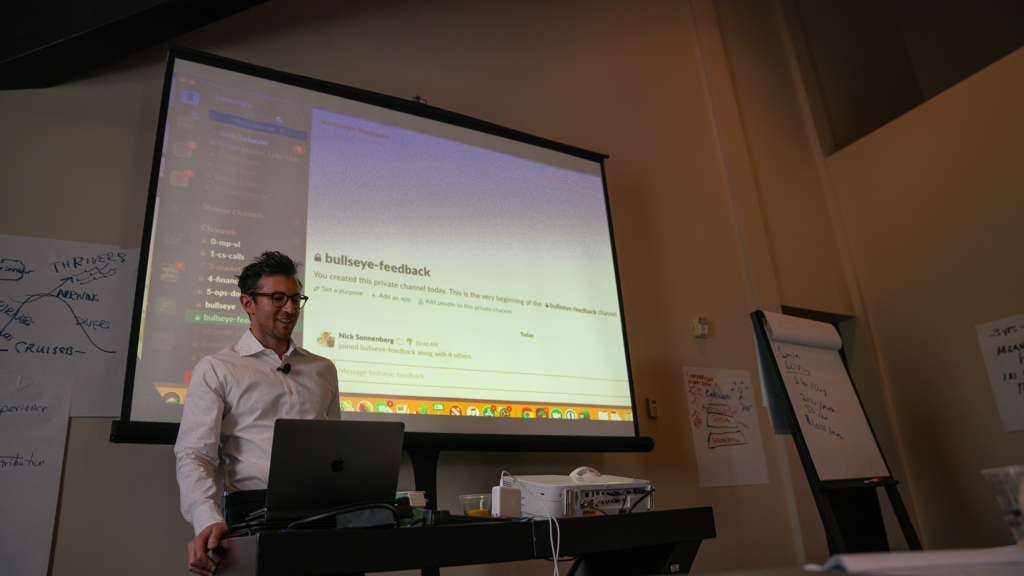 Idea to Execution was published in September 2016. It didn’t take long for the book to gain attention; in 2017, it was named as a top 10 book for entrepreneurs by Forbes.

With its concise title and bright, attention-getting cover, the book stuck in readers’ minds.

“Just the other day, a lady asked me, ‘Didn’t you write the book with the yellow cover?’”

For Nick, that moment validated his belief that a book was the perfect gift for clients and new friends. It not only made him memorable, but also created new business opportunities.

Case in point: Nick landed a six-figure consulting gig when he struck up a conversation with a fellow author and they decided to swap books. They hadn’t discussed working together, but when his new connection read the book, he phoned Nick for help with his business.

It’s not the only consulting deal he’s landed, and without a website or any form of marketing for Efficient Frontier Solutions, Nick knows every deal is a direct result of the book.

Nick’s also landed multiple speaking gigs since the book was published. He’s spoken at the Genius Network, inside companies, at events for real estate and financial professionals, and at mastermind groups—all opportunities he wouldn’t have gotten without his book.

“I’d say the book has generated about seven figures in revenue in the past few years.”

Nick received feedback that will improve his second book.

Nick said the book has given him the credibility boost he wanted. People now view as an expert on the future of work and will often share how his book helped them transform their business. 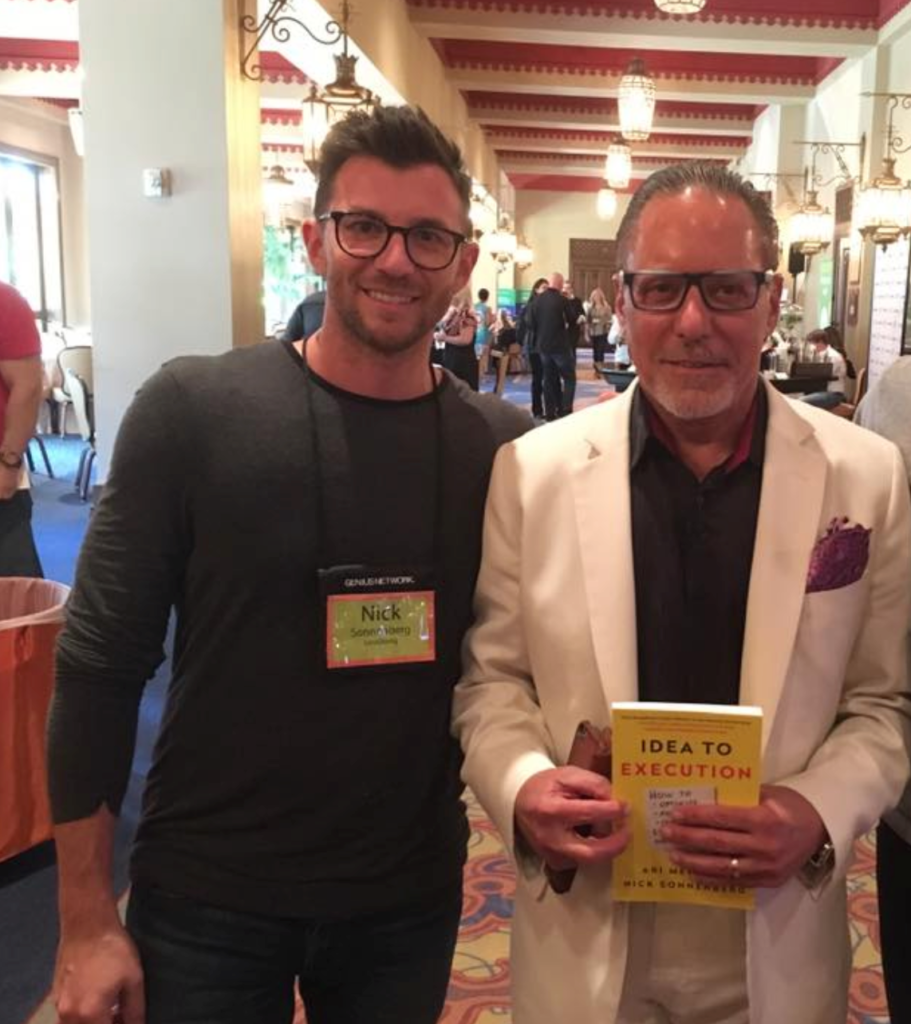 Like all authors, Nick enjoys reading reviews of his book and seeing the impact it’s made. But unlike most authors, he’s just as thankful for the negative feedback he’s received.

“I always try to get negative feedback out of people. It’s hard because people only want to say nice things to your face and tell you they love what you’re doing. That’s great, but it’s really hard to improve when you’re just getting positive feedback.”

So when Nick sees reviewers saying they wish his book had been more actionable, or offered takeaways at the end of each chapter, he isn’t kicking himself for a missed opportunity.

He’s using that feedback to write a better second book, one he’ll publish later this year.

“That was the best advice I could’ve gotten because now I’m weaving it into my new book.”