How Melissa Gonzalez Used a Book to Raise Her Visibility, Create Authority, and Double Her Business 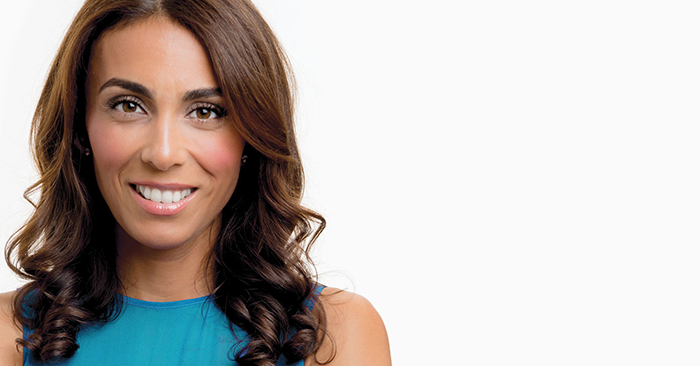 Melissa Gonzalez had a problem: she was great at her job, and not enough potential clients knew it, and as a result, her business was growing slowly.

Melissa founded the Lion’esque Group, a firm that produces pop-up retail experiences for major companies and brands. She was an innovator in the pop-up space for years, and had an incredible client list (including major retail brands like Marc Jacobs and Sally Hansen), but her only new clients came from word of mouth and referrals.

Quite frankly, she was so busy marketing her clients, that she had no time to market herself. And she wanted to change that.

To get the attention she deserved, Melissa decided to write a book

Melissa was a pioneer in pop-up retail, but not enough people knew it

The idea for a book came organically. Because her field (pop-up retail) was such a new, rapidly growing field and very useful for a lot of retail companies, and Melissa is one of the premier innovators in that space, for years people asked Melissa to write a book about what she does and how it works.

Even though most of those people were asking her to write the book because they couldn’t afford her services, she realized that a book could help her as well.

By writing the definitive book on pop-up retail, Melissa could establish herself as an authority figure in a new and growing space. And this could get her media attention, bring new clients to her consulting firm… in addition to helping the people who couldn’t afford to hire Melissa as a consultant.

Melissa ran into another problem: like all busy entrepreneurs, she didn’t have the time to sit at a computer for hours a day for months (or years) and go through the laborious process of writing a book, nor the time to wait for the long process of traditional publishing, or the confusing landscape of self-publishing.

She wanted to put her ideas into a book, but she didn’t want any of the hassles that come with creating a book. She had no idea how to solve this problem.

Until she met Tucker Max.

Melissa challenged Tucker to solve her problem, and Scribe was born

Melissa met Tucker Max at an entrepreneur dinner, and presented this issue to him:

How could she get her ideas into a book, in her words and voice, without having to go through the normal process?

Tucker didn’t think it could happen, but Melissa–not being one to take no for an answer–called him out. The whole story is here, but this conversation ended up leading to both her book, and the creation of Scribe.

The process worked great, and we delivered Melissa a book that said everything she wanted to say, in her voice, with her words. It was her book. 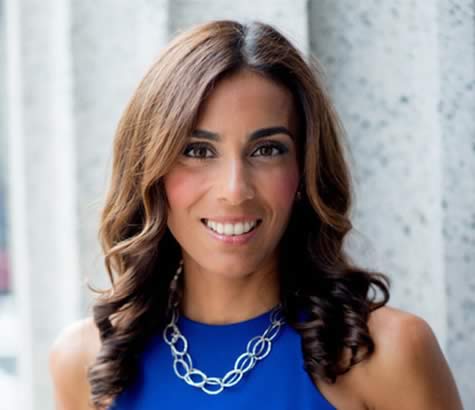 “It was extremely important to me that my message would not get lost in translation, and Scribe completely nailed my voice and ideas.”

And not just a well-written book. Because Melissa has an amazing aesthetic and a highly creative brand, the cover had to look great. We partnered with one of our world-class book cover designers who took Melissa’s ideas and aesthetic and turned them into a book cover that Melissa could be proud to display to her friends, clients, and during media appearances.

The result was a beautiful, well-written book that displayed all the professionalism of Melissa. 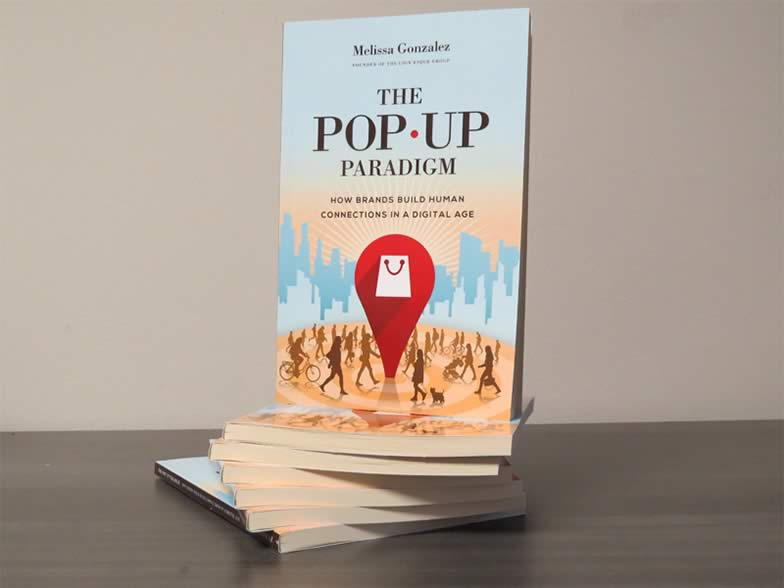 “The book, and everything that came from it, really exceeded my expectations. It’s been just great.”

Melissa’s book not only solved her problem of generating more business; it also led to an incredible stream of speaking requests. Most importantly, the book established Melissa in the retail world as THE authority on pop-up retail, and she is now the go-to thought leader and expert for all matters pop-up for the media, the retail industry, and most importantly, potential new categories of clients such as retail malls and property developers.

Her book was published on November 21, 2014. Since then, all of this has happened:

The client caliber of her firm has changed as well, and the book allowed her to get in front of clients she couldn’t before. She used to focus on luxury or emerging brands; now her portfolio is full of major publicly traded companies such as Penguin Random House, Pinnacle Entertainment, and CAT Footwear (owned by Caterpillar).

In addition to big brands, she is also now consulting for real-estate developers and mall companies, and has signed several multi-million dollar consulting deals. For example, she is the primary retail advisor on Loudon, VA–America’s first smart city; is consulting on major international real-estate deals; and works with foreign governments in the US, including the Peruvian trade commission.

Mind you–Melissa does no paid media advertising. Every lead is inbound and organic; either from the book and media, or a referral from a client.

Melissa estimates that 75% of her clients at least know about the book, and around 30% have bought and read it.

This not only brings clients in; it has inverted the sales process. Now clients come in wanting to discuss the ideas they got from reading her book, and they pitch Melissa on working with them and their ideas about pop-ups…which of course is the point.

Most of this business came as a direct result of the media attention that her book got for her.

Over the past two years, Melissa has been featured in all sorts of media, from print to TV and everything in between: The New York Times (twice), The NY Post, Glossy, Inc., Forbes, Fortune, The Guardian, Fox Business, Bloomberg, Goodday NY, and Design Retail Magazine.

She is also a regular contributor to The NY Daily News, and to retail publications like Shopify and PSFK. And perhaps the coolest of all, Melissa is a regular radio show contributor on ABC LA radio, #RetailwithMelissa. 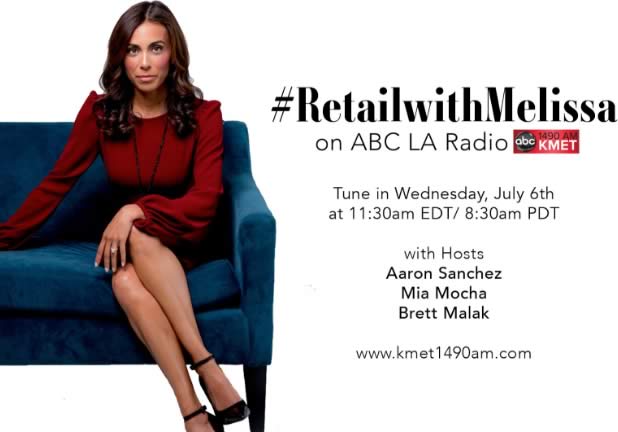 Speaking: She’s in demand as a speaker, keynoting international conferences

Before the book, her speaking career had been limited to appearing on a few panels at small conferences.

After the book, she now charges $5k for a speaking gig, and is booked dozens of times a year at retail conferences such as ShopTalk, Popai Brazil, Fashion Digital NY, Decoded Fashion and Northside; and she is asked to speak at prestigious designs schools, such as Parsons and NYU. 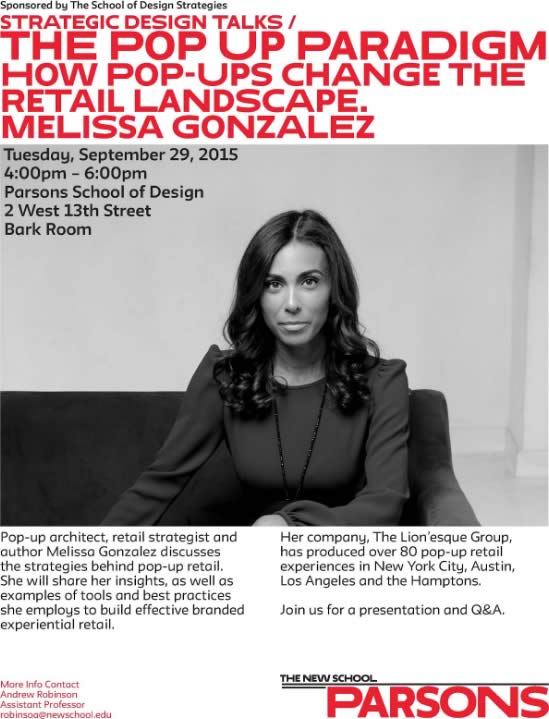 Authority: The entire retail space now sees her as THE authority on pop-up retail

The social impact of the book really hit home with Melissa when she was invited to speak at Vogue Magazine, and was introduced to the staff as:

“THE woman who wrote THE book on pop-ups. She’s the authority, so listen to her because she’s going to tell you how this will impact all of you.”

Her authority also is reflected in how the clients treat her. Melissa says:

“When clients find out you’re an author, they think it’s cool, they want me to sign my book, and they feel like my advice is validated.”

Melissa is often the only woman, and the youngest consultant in business meetings, but people now defer to her much more. Melissa says:

“People used to ask, ‘Why you? What do you know?’ but now with the book, I go from being questioned to people assuming I know what I’m doing.”

Melissa notes that the words people use to describe her have changed. Before the book, they focused on her personality and her style.

Now, people use phrases like, “informative,” “the brain behind pop-ups,” “authoritative,” and “I feel like you really know your stuff.” This tells her that they focus on her competence–which is what they should be doing.

The book also ended up helping Melissa in ways she didn’t anticipate. She had her daughter 6 months after the book came out, and combining those two things really shifted the way she worked.

“People are shocked at how I get all of this done, but the book and being a mom made me filter what I needed to spend time on. Moms are so efficient because they don’t have time to mess around. I didn’t want to be busy. I wanted to get things done and make money, and then go home to my family.”

The Scribe process was crucial to this. It forced her to think through all aspects of the book, like who the audience was, what she had to teach them, what ROI she wanted from the book, and what her client needs were. It made her strip away everything that wasn’t essential.

“We are a full-service company, but still such a small team. The Scribe process especially made me even more focused and clarified about what I needed to say, how to say it, and who to say it to. It was really liberating.”

Personal: Even her mom is proud of her

Melissa says the book didn’t change much in her personal life; her friends and family say they all knew she was capable of writing a great book, and seeing her do it was confirmation of their confidence in her.

But there was one very pleasant surprise that came out of it. Melissa smiles when she talks about it, but the reaction from her mom touched her:

“My mom doesn’t introduce me as ‘my daughter’ anymore, but as ‘my daughter the published author.’ It’s really cute. I had no idea she would be so proud by that.”