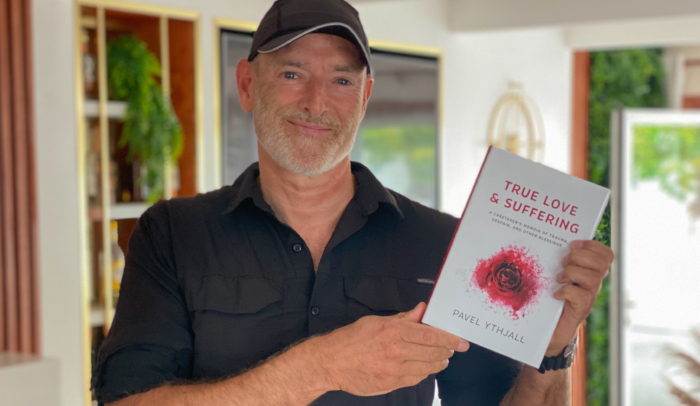 Pavel Ythjall was on top of the world. One of the best fitness photographers in the world, he had started the fitness company Fighterdiet with his ex-wife, Pauline. The company was a success, helping more than 10,000 women each year take control of their lives and become strong, fit, healthy, and empowered.

To make things even better, he was married to the love of his life, Kat. Life felt like a fairytale. He and Kat shared a zest for life, and they had the financial means to live to the fullest. They went for helicopter rides and yacht rides. They traveled frequently to Belize and other amazing places.

And then, in December 2015, the fairytale came to an end.

“We were on our way to a Christmas party when our tire blew. I swerved to the right and hit a freeway sign. The car rolled three or four times. I broke my neck, and Kat was paralyzed.”

It was devastating. In the blink of an eye, the couple who had been savoring everything life had to offer found themselves fighting just to survive. And even if they both lived—and after his near decapitation, and doctors giving Kat only a 10 percent chance of survival, that seemed like a big if—Pavel knew that life could never be the same.

Pavel knew writing would help him cope with his pain. 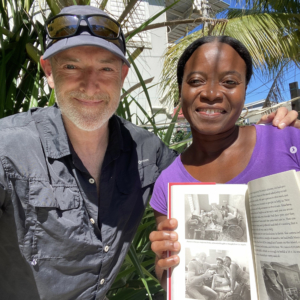 When Pavel realized both he and Kat were going to survive, he was overjoyed. But hard on the heels of that joy came the realization that his beloved wife was never going to be able to move on her own again. No more sailing trips or dancing together. No more walking hand-in-hand along the beach under a magnificent sunset. Their fairytale life was over.

Loneliness and sorrow and fear and despair threatened to overwhelm him. He knew he had to find a way to cope with his pain.

“My way of dealing with all the emotions was to start writing about them on Facebook. A lot of people—people we didn’t even know—started following me and offering their feedback and support.”

Soon, Pavel had thousands of Facebook followers. As sad as the situation was, he realized they valued his honesty and transparency about everything he was going through—including the doubts, the struggles, and the anger. It wasn’t long before he also realized that, while the writing was therapeutic for him, it was just as helpful for other people struggling to face their own unspeakable tragedies.

As soon as he realized that, he started to wonder if it was possible to do more. And then, he had a flash of inspiration: he should write a book. It would enable him to reach far more people than Facebook alone. It could help remind people facing hardship and tragedy that they were not alone. And, it could become his legacy. After being so forcefully reminded that life is uncertain and fragile, creating something tangible and powerful felt crucially important.

Pavel needed help to turn his manuscript into a published book.

After writing and posting on Facebook for more than three years, Pavel had bared his soul to his audience. But writing short posts on Facebook was not the same as writing a book. He had no idea how to weave the story together into a cohesive whole that struck the right tone.

Pavel sat down and wrote out the first 10 pages of his book. Then, he gave those pages to an acquaintance to read, knowing that person would be brutally honest with him. When the feedback came, it was agonizing.

“He told me it was complete shit. It was terrible to hear that, but subconsciously, I knew he was right.”

Pavel knew he had to take a step back and start thinking of writing a book as a craft. He knew he had a story, but he had to find a way to put the right words together in just the right way to express it. It was hard, but after more than a year of struggling to learn everything he could about writing memoirs, he hit his stride and wrote the book he had been dreaming of.

There was just one problem: he still had to get it published. He reached out to some traditional publishers, but none of them were interested. He was stuck. It felt like all his efforts were destined to be for nothing.

Scribe’s publishing program was exactly the solution Pavel had been searching for.

Pavel couldn’t bear the thought that his book would never see the light of day. He had worked so hard and poured so much of himself into his work. Despite not knowing anything about the publishing world, he made a vow to himself to see it through.

He started googling his options.

“Scribe popped up pretty quickly, and I could see right away that it offered a comprehensive, clear-cut path to publishing.”

Intrigued and hopeful, Pavel scheduled a call with Rikki Jump, Head of Author Strategy. The call went incredibly well; he felt like Rikki cared about him and his story, and she was able to help him figure out which options would be the best fit for his needs.

Pavel had found his answer. Without further hesitation, he signed up for the Scribe Publishing program.

As excited as he was, though, it wasn’t long before doubts set in. This book was meant to be his legacy: what if it came out looking cheap and amateurish? Even worse, what if the editors tried to change his voice or structure? And scariest of all, what if nobody read it because they thought it was boring?

Despite these fears, Pavel knew that Scribe was his best option. He decided to lean in and trust the process. He scheduled his first call with his publishing manager, Mikey Kershisnik, then waited nervously to meet her.

With his team’s help, Pavel created a book that exceeded his expectations. 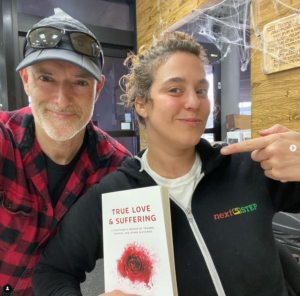 As soon as he connected with Mikey, all his doubts melted away. She listened patiently to all his concerns, then reassured him that he had nothing to worry about. She and the rest of his team at Scribe would make sure that his book would live up to his vision, and he would maintain full creative control over every decision.

“I don’t have enough good words to say about Mikey. She held my hand through the entire process. She’s an angel.”

On the rare occasion that Pavel noticed a mistake or didn’t like the way something turned out, Mikey and the team immediately fixed it. That meant the world to Pavel, because it showed him that they understood this book was his legacy. From their care and attention, he knew that the book was as important to his Scribe team as it was to him.

On top of that, Mikey and the team were completely honest with him every step of the way. Every single promise they made, they kept.

He couldn’t have been happier with the experience. And when he held the book in his hands for the first time, his joy was indescribable. It looked even better than he had imagined. Truly, it was a legacy he could be proud of.

Pavel’s book smashed his sales goals and stayed #1 for weeks.

When True Love and Suffering launched in November 2021, it quickly became clear that people around the world resonated with Pavel’s message of hope and love in the face of the most terrible circumstances. On the day it came out, it beat the sales goal that Pavel and his team at Scribe had set for the entire month.

On top of that, the book was named a #1 Amazon Hot New Release, and it reached #1 bestseller status in multiple categories. And, after staying that way for several days, it returned to the bestseller list for a second time five months later—and stayed there for consecutive weeks.

Pavel’s success didn’t end there. Touched and inspired by his message, various media outlets, including Muscle and Fitness and the Sense of Soul podcast, reached out to him and Kat to talk about their experiences firsthand.

It was immensely gratifying for Pavel to see what an amazing reception his book had. But most exciting of all was the way the book’s reach escalated his dreams for what was possible.

“Right now, we are filming a documentary, and next year, we are going to begin filming a feature film based on the book and our story.”

After weaving his story together, Pavel knew his and Kat’s story had all the elements of a hero’s journey. And once the book was published, it, along with the many five-star reviews it garnered and the dialogue and interest it prompted, became the perfect way for him to showcase the power of that story to potential investors.

Because of his book, Pavel is well on the way to taking his message of hope and love to the big screen. And through his documentary and feature film, he’ll be able to reach more people than he ever dreamed possible.

Pavel’s book is a legacy of hope and love to people all over the world. 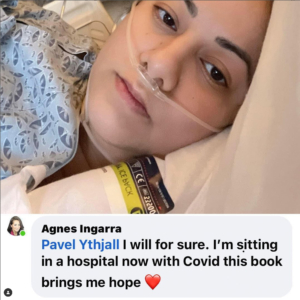 For Pavel, seeing his book on the bestseller list, not to mention being featured in various media outlets and getting the opportunity to film not just a documentary but also a feature film, is incredibly exciting. But the best part of being an author, for him, is hearing people’s reactions to his story.

“A girl sent me a picture from her hospital bed. She had COVID and wasn’t doing well. She told me the book gave her strength and was helping her feel better. It gave me goosebumps.”

Pavel gets messages like this all the time. Recently, a man from Belize reached out to him to tell him that the book has made him a better husband. Another woman, who has become a friend of his and Kat’s, has a child who is partially paralyzed. She told them that the book helped her stay strong in the face of her heartbreak.

There is no question that the tragedy they went through in 2015 irrevocably changed Pavel and Kat’s lives. For Pavel, though, the accident and its aftermath—while incredibly difficult—made him a better person. It helped him connect with people of all walks of life going through their own stories of true love and suffering. And that is one of the greatest gifts he could imagine.

Here are a few more people who have been touched by Pavel’s message.