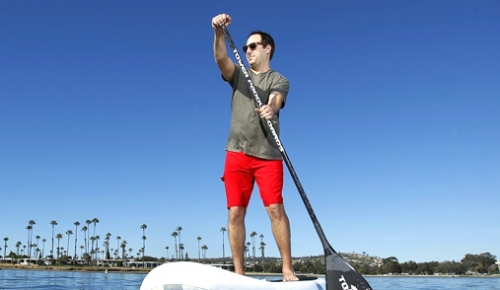 As the founder and CEO of Tower Paddle Boards, Stephan Aarstol succeeded in building and growing an amazing company. He even went on Shark Tank and got an investment from Mark Cuban, and he had Tower poised to expand from a paddleboard company to an entire beach lifestyle company. Things were good.

But Stephan saw a problem. He was working more than he needed to.

He’d carried over his corporate habits to his start-up. He worked from 9 to 5, whether he had anything to do or not, because that’s how he was trained to work.

He asked himself a simple question:

“Could I get the same results while working less?”

The answer was yes. He found that if there wasn’t a need to put in his hours or impress his boss, he was only driven by results. Working this way, his efficiency went through the roof.

His results-driven mindset allowed Stephan to grow his company quickly, but with one catch: He was working less, but his team was still grinding out a 9 to 5. He asked himself:

“How do I get the entire company to work the way I am? How can I help them have better balance in their lives, but also get more done?”

What it came down to, he realized, was pressure. As an entrepreneur, he was always under pressure to get things done faster. He measured himself by results, not effort.

Stephan realized he and his team were working too much—with no good reason.

He decided it would be an interesting experiment to create the same incentives for his team and teach them to work the way he works.

“We all expected that this would be an interesting thing to try out for a summer, and then go back to the normal eight-hour workdays.”

But that isn’t what happened. That summer was the most productive in Tower’s history. Employees had more fun, spent more time on the water, and most importantly, got MORE work done in less time!

There was no turning back, and the five-hour workday was born at Tower Paddle Boards. 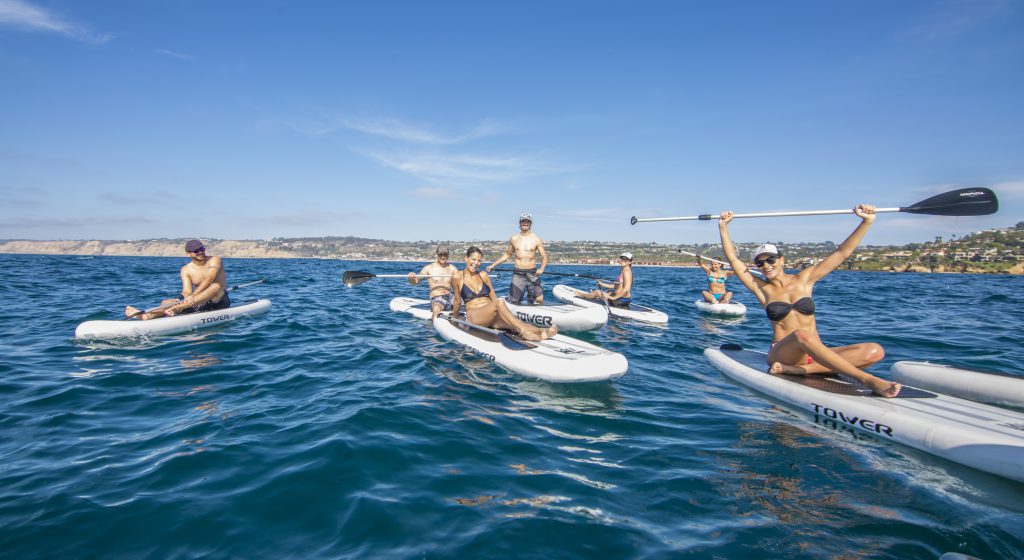 Stephan decided to share this with the world, to help other people do the same thing

As the five-hour workday propelled Tower Paddle Boards to more and more success, Stephan felt compelled to share what he was learning.

“The fact that millions of companies were operating on the old model, which was less effective and worse for employees, drove me crazy.

We wanted to create a lighthouse for business owners showing them there’s another way to do things. We wanted to impact the way that companies do business.”

Since online advertising had been so great for Tower Paddle Boards, Stephan started with online publications to share his message.

He piqued everyone’s curiosity. Tens of thousands of people were sharing his articles, asking how this could possibly work. Was he paying less? Would this work in other industries?

“That showed me this idea mattered. It proved that it resonated with people.”

Having an idea that matters, however, is not what mainstream media cares about. They care about expertise, and even though Stephan was living proof that his methods work, major outlets wouldn’t give him the time of day.

Why? Because he didn’t have the one credential you have to have to break through to mainstream media: A book.

Stephan wanted to take his idea to the next level, and have a place to point people to learn more. He realized a book was the only way to do it.

“We wanted to be authentic to our brand and show people that they could live this extraordinary life, but we also needed to have a comprehensive resource to really show people. We wanted to write a book to share that message.” 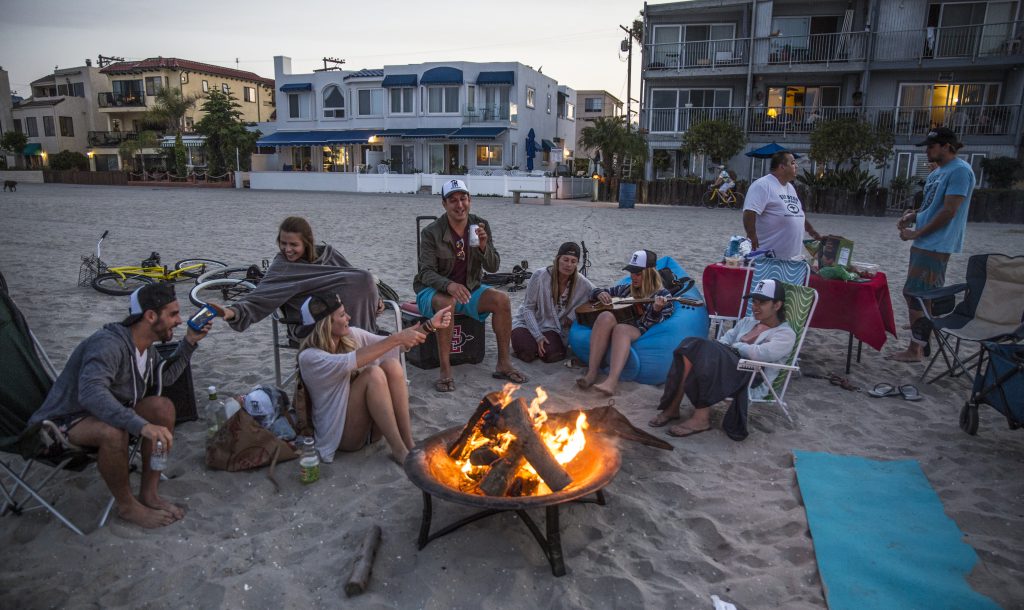 Stephan teamed up with Scribe

Although Stephan knew that a book was the way to spread the message, he didn’t know where to start.

“I’m not a great writer, so I knew there was no way I was going to do this on my own. But I had to get these ideas out there. It was too important.”

He heard about Scribe from a friend, and it immediately clicked. The ideas and knowledge were already in his head—he just needed someone to help him translate those ideas into book form.

“Within the first two phone calls, I realized ‘This is actually going to be an incredible book. [My Editor] was amazing. He really took ownership of moving the project forward and ensuring I had the best possible book. It was this amazing collaborative, back-and-forth process.

The book turned out so great, even I was honestly surprised. I’m so excited by the end result.” 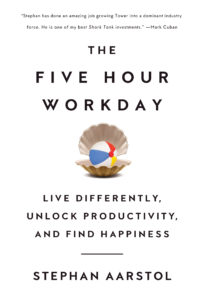 The book has become the perfect vehicle to spread the message

Originally, Stephan has modest ambitions for the book. Although he knew the ideas were important, he would have been happy to ship a free copy to the 15,000 customers that Tower serves every year, and spread the ideas organically through their customer base.

That’s not what ended up happening.

As soon as the media caught wind of the book and Stephan’s ideas, they were all over it.

Within a few months of the book’s launch, Stephan and The Five Hour Workday were profiled in Forbes, Entrepreneur, and Fast Company. Stephan was booked on a TV media circuit that included CNBC, CNN, and Fox. The book has even exploded internationally, being featured in the UK’s Daily Mail and hundreds of newspapers in Germany, Austria, Canada, India, and all across the globe. 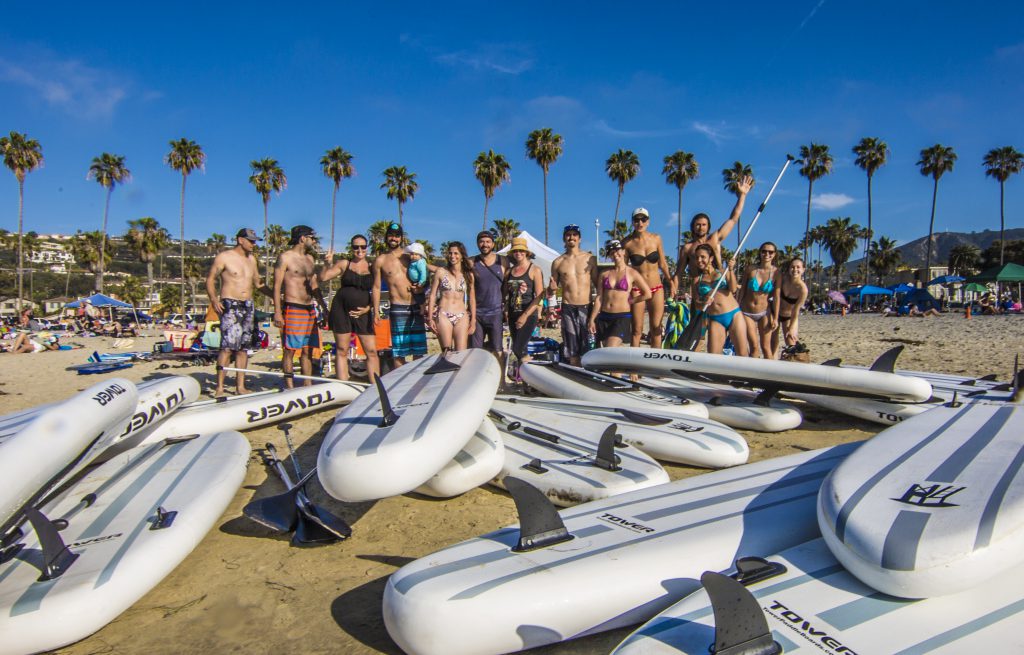 “I knew the book would help us get press, but the degree to which this blew up totally surprised me. We were on Shark Tank four years ago and were able to grow the business rapidly on the press that gave us. It was great. I was all over every piece of press. Every time a link happened, I would go back to the editor and the writer and thank them, and ask for a link specifically in our article.”

“What we’ve done with The Five Hour Workday, it’s been 10x what happened on Shark Tank.”

“We’re all over the place to the point that I can’t even keep track of all the media we’re getting. This time around, I’ve completely given up on that. There’s just so many. It’s really snowballed into a life of its own.”

As the message has spread, Stephan’s business has grown

From a business perspective, Stephan hoped that the book’s message would help customers realize that Tower Paddle Boards practices what they preach.

“I was reading a lot of books on branding and the core thing that kept coming up over and over was that you have to live your brand, and you had to do that very publicly. I hoped that the book would show people what our brand was about and that we were really living it.”

As a physical goods company, Tower sends out over 15,000 paddleboards a year, and Stephan figured that sending out a free copy of the book to all their customers would build brand loyalty. He didn’t expect the reach that this brand-building would have beyond their customer base.

“I can’t even count the number of emails I’ve got from people who have read the book, or just read an article about The Five Hour Workday and said, ‘I love what you guys are doing. I love how you’re treating your employees. When I decide to buy a paddleboard, I’m going to buy it from you guys.’”

“The book is helping us build loyalty by showing potential customers what we’re about.” 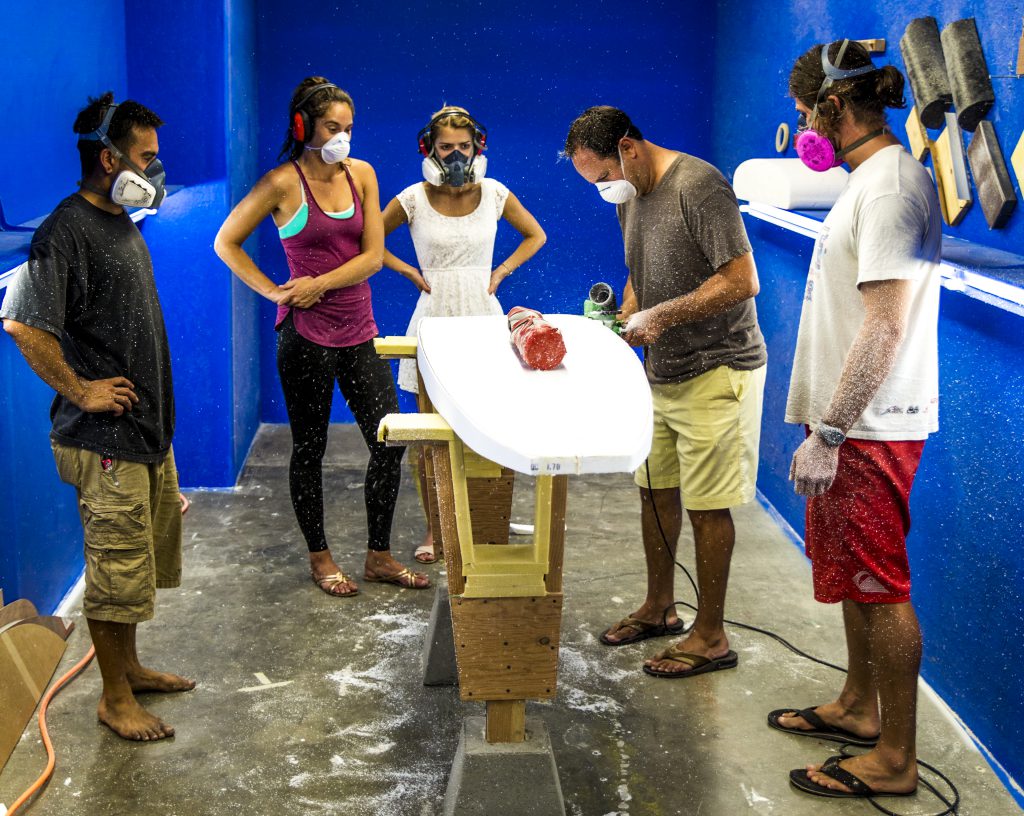 Most importantly, the book has begun to make the cultural impact Stephan hoped

Already, Stephan has begun to hear from companies that plan to implement the five-hour workday for themselves.

“I’m having emails pouring in saying ‘I love what you guys are doing. It inspired me. We’re going to have to go do a test ourselves.’”

Stephan knew there were companies out there that this would appeal to, but the response has been even faster than he expected. Thinking about the businesses that will grow and the employees whose lives will improve, he’s blown away by the impact his ideas have made.

“The fact that this has opened people’s eyes to another way of doing things — a way that’s better for business and for employees — that’s what makes this all worthwhile to me.”