Chris Piper
Chris is the CMO at Scribe Media. 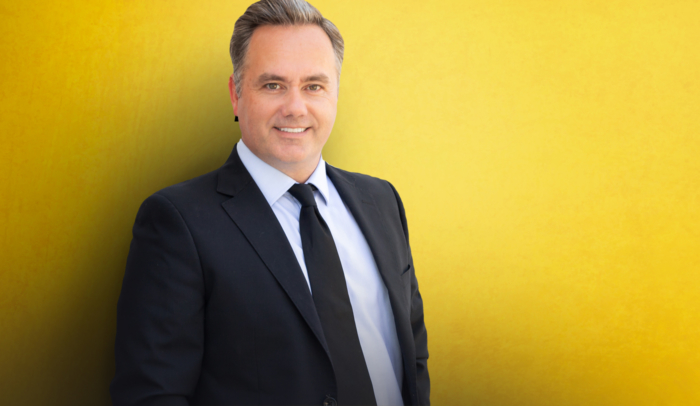 How many of you have found that life has turned out exactly as you expected?

His audiences are made up of executives, middle managers, and frontline employees: business people who, on the outside, might look like they have it all. But when Ben asks that question, not a single hand goes up—ever—and he knows exactly why that is.

“All of us experience struggle and adversity. Life always has these unexpected twists and turns.”

He’s all too familiar with adversity and the emotional destruction it can bring: when he was in his early 20s, he found out his father had committed heinous crimes but had never been brought to justice. Ben had to make the difficult decision to turn him in and testify against him.

Just when his father went to prison, his step-sister passed away, and he didn’t have the money to fly home for her funeral. On top of that, he had to drop out of university because he could no longer afford it. And, it doesn’t end there. Ben has also been diagnosed with bipolar disorder.

Ben knows not everyone has experienced circumstances like his. But there’s no doubt in his mind that adversity plays a role in all of our lives. He’s seen the anxiety and the sadness on people’s faces when they think about their own struggles. That’s why it’s so frustrating to him when other speakers ask people to imagine their ideal life, free from struggle.

For Ben, there’s no point in dreaming about a life like that. It’s unrealistic and unhelpful. Dwelling on the fantasy that life can be perfect only increases people’s suffering. Ben has a different solution: rather than rejecting adversity, learn how to use it.

Ben knew writing a book could help him create a better career path for himself.

The more Ben shared his message with his audiences (and the business clients he had through his consulting business), the more he realized it resonated with people on every level. And it’s no surprise: neither our personal nor professional lives are safe from adversity.

But, as much as audiences loved what he had to say—and as much as he loved working with them—Ben soon found himself faced with a dilemma. He was spending more time working than he was with his wife and eight kids. He wanted to find a way to reduce the amount of time he spent consulting and shift more fully into speaking. That would free him to spend more time with the people he loved most.

The only question was how. Then, suddenly, the answer came to him. Writing a book would increase his credibility and differentiate him from other speakers. And, there was another benefit: fulfilling his lifelong dream to become an author.

“For years, one of my biggest life goals has been to write a book. I even went back to university part-time as soon as I could—even though my career was established—to get an English degree, because I thought it would help me achieve that.”

Ben had never known what to write about, but now, he had his topic. It was time to get to work.

Ben struggled to make his message coherent and compelling. 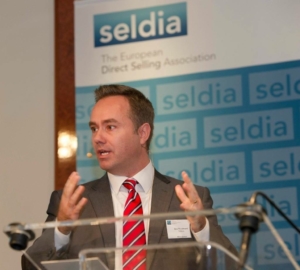 At first, Ben thought he could write the book on his own. He loves writing, and he’s done a lot of it throughout his career. But, all of his experience has been with marketing content. This was a whole different beast.

Ben worked on his manuscript for months. Eventually, he had 20,000 words. He was proud of his progress, but he had to be realistic with himself, too.

“It was a challenge to get the right voice, the right content, and the right stories and message.”

Even after writing 20,000 words, Ben struggled to establish the direction of the book. He couldn’t get clear in his own mind what to include and what to leave out. He couldn’t decide how to evolve the book, how to move from chapter to chapter and then wrap everything up in a meaningful, compelling conclusion.

Despite his determination, though—not to mention all the adversity he had already overcome in his life—Ben continued to struggle. As time went on, he found himself spending less and less time working on his draft. Eventually, it ended up on the back burner. Ben was stuck.

After Ben talked with JeVon McCormick, he knew Scribe could help him write the book of his dreams.

Ben’s book might have remained abandoned forever had it not been for the fateful day a colleague reached out to him with a message: you should write a book. He told her he’d started one, but he had stopped working on it because he had no idea where to go with it.

As soon as she heard that, she offered Ben a solution. She knew JeVon McCormick, the CEO of Scribe, and she offered to set up an introduction. Knowing that a publishing company might be the solution to his problem, Ben jumped at the chance.

When they connected, JeVon began by inviting Ben to share his story. So, Ben did. He told JeVon about the horrific experiences he had gone through. He told him how he used those experiences to build his character and create a life that, while not perfect, was one he loved. He shared his belief that suffering and adversity happen to everyone, and the best way to handle it is to learn from it, overcome it, and find purpose through it.

The whole time Ben was talking, JeVon never said a word. When Ben finished, JeVon sat in silence for a moment, then told Ben he was enraptured by the story. He told Ben his book would be worth buying at full market price—his message was that compelling.

“He said I had to write the book, and Scribe would be honored to publish it.”

Ben could tell JeVon wasn’t just blowing smoke. He really had something here, and Scribe was the perfect company to help him get his book across the finish line.

There was just one problem: the cost. It was a big investment, and Ben wasn’t sure it would be worth it. He discussed it with his wife, and while the cost made them both nervous, they agreed that working with Scribe was the right move. It was time to finally get the book done.

Ben worried his book wouldn’t strike the right balance between story and advice.

As Ben prepared for his first meeting with his scribe, more worries came up. What if he couldn’t find the right balance between story and actionable advice? What if he couldn’t frame his message in a way that resonated with corporations looking to hire speakers for events and conferences?

When he met his scribe, though, all those fears faded away.

“She asked really great questions to help me pull out stories I hadn’t considered so we could get the message across better. Her questions and her love for the subject made a huge difference.”

With his scribe’s help, Ben was able to find the direction and voice that he had been missing. He was able to craft his message so that it would resonate with businesses and with individuals. He had found the perfect partner, and she gave him confidence every step of the way that he was doing something great.

That’s not to say there weren’t challenges. It wasn’t easy to edit the manuscript or make the final tweaks and revisions to get everything perfect. Hardest of all was giving his final approval. It was intimidating, because he knew once he signed off on it, there wouldn’t be any more chances to change anything.

But, with the support of his team, he approved the book for launch. And, when he held the finished copy in his hands for the first time, he was overcome with pride. In every respect, his book came out better than he had imagined. 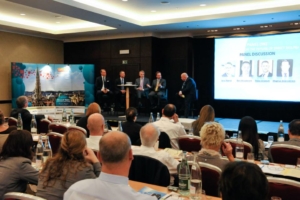 Ben couldn’t have been happier to finally achieve his life goal of writing a book. There was no question in his mind that the world needed to hear his message, too. But when The Empowerment Paradox launched, he was blown away by its reception.

Entrepreneur magazine listed it as one of the top self-empowerment books of 2020. He was invited to speak on a number of podcasts, including CareerCast, The Successful Pitch, and Money for Lunch. BBC Radio and the UK’s National Health System both interviewed him as well. Appearing on so many great platforms gave a huge boost to Ben’s speaking career.

Just as he hoped, that career keeps growing. He’s already booked a number of speaking assignments for 2022 in locations all across the country.

Best of all? Because of how much his speaking career has grown, he’s been able to semi-retire from consulting, which has freed up time for him to spend with his family. And, he’s on track to move into speaking full-time as early as next year, which will give him even more time to spend with his wife and children while continuing to do the work that he loves.

Ben’s book has helped people struggling to deal with adversity. 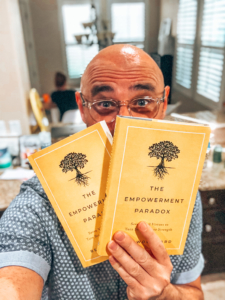 As exciting as the business side of things has been, Ben’s real measure of success has been in the book’s direct impact on people and on businesses. There, too, things couldn’t be better.

Ben has gotten messages from people all over the world about the difference his book has made in their lives. One message that stood out to him came from a former colleague who reached out after reading the book.

“He told me he’d gotten divorced and was struggling with depression. He said that because of my book, he was going to do what he needed to change his life.”

Ben received another memorable message from a therapist who wanted to thank him for writing the book. She told him she was using the book to help clients struggling to overcome difficult circumstances.

For Ben, messages like these are what really make being a writer so worthwhile. Knowing that his book has changed someone’s life or given them the tools and inspiration they need to navigate difficult challenges truly is the best reward of all.

Here are a few more examples of how Ben’s book has touched people’s lives.

Chris is the CMO at Scribe Media.