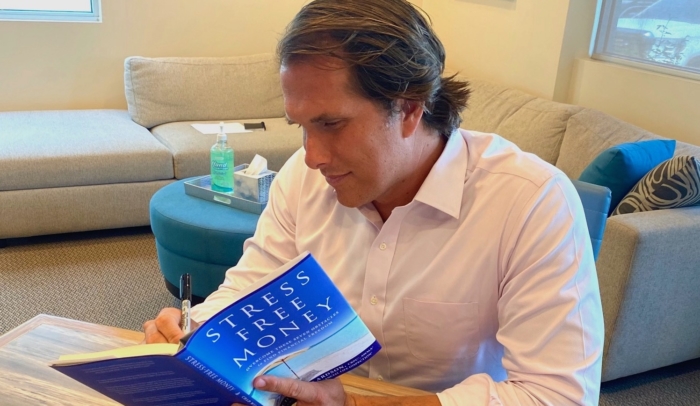 Chad Willardson is used to seeing worry and stress on the faces of the people coming to his office. When they first arrive, they’re tense. Their faces are tight with anxiety. But it isn’t long before Chad sees them relax. They smile as they breathe a sigh of relief because—often for the first time in their lives—they know their financial issues will soon be a thing of the past.

Chad has worked with hundreds of clients as a Certified Financial Fiduciary. He loves helping them achieve their goals: putting their kids through college, buying a new house, retiring early, or becoming financially independent.

Giving people peace of mind so they can lead happier, more fulfilling lives is why he started his firm, Pacific Capital, and it’s what drives him every single day.

“Helping busy people and families achieve financial freedom is extremely important to me. Financial stress is something 90% of people admit to dealing with. Disagreements and challenges around money are the number one cause for divorce.”

Chad realized a book might be the best way to reach busy people who needed to learn better financial strategies. 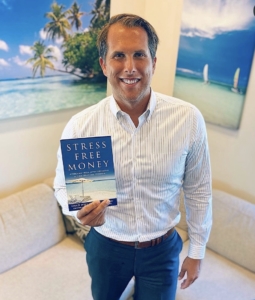 Since the day he opened his doors, clients have been telling Chad he should write a book. His ability to guide people through complicated topics like investing and money management is life-changing for them. Over and over, people encouraged him to share his common-sense financial strategies with others struggling to manage their money.

And the more he heard it, the more the idea took root in Chad’s mind.

“Given my goal to help people achieve financial freedom, I realized I could reach so many more people with a book than just through my network or social media.”

Chad started dreaming about what having a book would mean for him professionally. He could give it to existing clients as a gift. He could send it to prospects before their first appointment as a demonstration of his expertise. He could use it to set himself apart from the hundreds of other fiduciary advisors out there. And he could position himself as an industry expert while helping people he would never have reached otherwise.

Personally, Chad kept thinking of all the people who say they want to write a book but never do it. If he could pull it off, it would be one of the biggest achievements of his life.

Chad wrote down advice he thought would fit into a book.

Chad kept a notebook where he’d jot down things he wanted to include in his book. Over the course of four years, he kept adding more content. But it was disorganized and haphazard—far from being a book, or even the outline of a book, it was just random stories and bits of advice he wanted to share.

“I didn’t try to write the book myself. I had no idea where to start, and eventually I realized it was something I needed a professional partner for.”

He looked around at a few companies, but none of them felt right. They didn’t seem to offer the full package of what he was looking for: established experts who would help him create his book, package it in an attractive and compelling way, and then market it.

If he couldn’t find a company that had the knowledge and proven experience to help him write the kind of book he was dreaming about, he wasn’t going to do it.

After four years of keeping a notebook of ideas—four years of dreaming about being a published author—it was beginning to seem like his vision was never going to materialize. Chad was afraid he was going to be just like all the people who talk about writing a book but never actually do it. And that thought was devastating.

Finally, a client who had worked with Scribe told Chad about what the company had done for him. 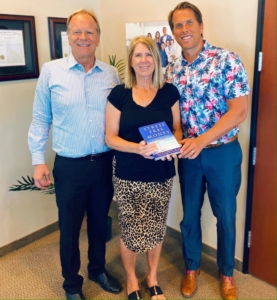 Just when Chad was ready to give up, a new client of his, Dr. Benjamin Hardy, told him about Scribe. Dr. Hardy had worked with Scribe himself, and he raved about his experience.

“Dr. Hardy told me that for an entrepreneur non-professional author like me, Scribe had the perfect program to help me write a book about a message I’m passionate about.”

He checked out the website, and he immediately felt like they were speaking directly to him. He felt understood—like he was in the right place.

A few days later, he spoke with Tucker Max (Scribe’s co-founder), and he was impressed. Here was a company with a proven track record. They had processes for writing, publishing, and marketing. He trusted they could help him produce something he’d be proud of, something that was a fitting legacy.

Two days after talking with Tucker, he signed on to work with Scribe. There was no need to drag his feet: partnering with Scribe was one of the easiest decisions Chad had ever made.

Chad was ready to move forward, but he started to question whether his book would hold a reader’s attention.

That’s not to say there weren’t bumps along the way to publishing his book. Looking back over the notes he’d compiled over the last four years, Chad started to doubt whether he had enough material to stay engaging and relevant.

“I was so worried about making sure my book was worthy enough to be read. And I was stressed about how to get it started and how to format the chapters. I was even worried about what I should call it.”

There were so many things that could make or break his book. He was overwhelmed and frozen. That’s when Scribe’s team proved that his initial faith in them was justified.

They listened to his concerns, then gave him a framework that allowed him to set up what the book would actually look like. They helped him do a lot of planning upfront to frame the concepts and principles he wanted to include.

They didn’t sugarcoat how much work it would be or how emotional it might get. It was a rollercoaster: there were times he doubted whether he should even be doing it. There were other times when all he could think about was how excited he was to release it.

But Tucker and his team had already warned him that would happen, and they gave him solid advice for how to work through all the emotions and keep going.

In just ten months, Chad’s book delivered a 3x return to his firm. 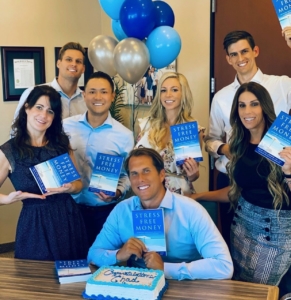 All the effort was worth it when Chad held Stress-Free Money in his hands for the first time. Scribe’s process had worked. His ideas had made for a great book—one he was eager to share. With Scribe’s guidance, he set a goal to sell 1,000 copies in the first year.

The book sales were great, but for Chad, the true return on investment was found in a different arena. He had set out to produce a book that would set him apart from other financial fiduciaries and draw new clients to his firm. The results on that front couldn’t have been better.

“We’re based in Southern California. As a result of the book, we got new clients from Virginia, Florida, New Jersey, Guatemala, and Switzerland, all within six months of the book’s release.”

In fact, Stress-Free Money has brought in so much new business that, in just ten months, Chad’s firm has made back more than three times what they invested in the book.

Chad’s book is helping people achieve financial freedom—even though he might never meet them in person.

Stress-Free Money has also succeeded in helping people all around the world move closer to achieving financial freedom. Just a few months ago, a woman who bought Chad’s book as a Christmas present for her husband wrote to tell him the impact it had on their lives.

“They read it, and they completely rearranged their financial life, from how they were investing to how they were managing their money. Now, they’re going to retire two years sooner than they expected.”

She’s far from the only one who’s been impacted by the book. After it came out, a Guatemalan business mogul saw a recommendation for the book and bought it. He read it and was so impressed that he flew to America to meet Chad and his team. Now, Pacific Capital is managing his personal fortune.

Over and over, Chad hears from people whose lives are better because of his book. Most of them he’ll never meet in person, but that’s fine with him because he’s still helping them find the peace of mind they crave. Because Chad chose to write Stress-Free Money, they no longer have to lay awake at night, worrying about how they’ll fund their retirement or buy the house of their dreams.

Whether they’re millionaires or average people, savvy about money or prone to making mistakes, Chad’s book is a path out of their stress and anxiety. And for Chad—who has made it his life’s mission to help people who were previously struggling with money achieve their financial dreams—there could be no better outcome.

Here are a few more examples of people whose lives have been improved by Stress-Free Money: 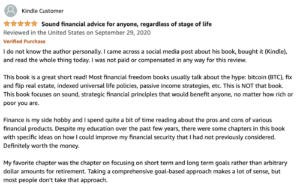