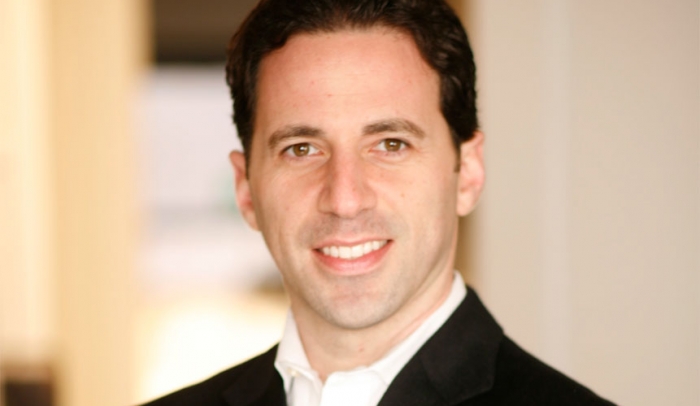 As the CEO of Silverback Social, a social-first digital marketing agency, Chris is an expert in social media marketing. He works with small, medium, and some large brands on social media initiatives.

This expertise brought him to the Philadelphia Eagles Partner Summit, an invite-only event full of enterprise level business people, where he was chosen as one of the two keynote speakers. His job was to help them understand the nuances of social for their brands.

After getting off stage, Chris could feel the room buzzing. He thought it was because they wanted to hire him, but as he spoke to executive after executive, he realized that wasn’t the case. They worked at Fortune 100 companies, hired Oracle or Salesforce for their social media, not smaller firms. However, they all asked him a similar question:

“You get to fly around the country, doing media and giving speeches. I think I have it in me to do all the things you’re doing. How did you get started?”

Chris knew he had valuable knowledge that was needed, so he decided to write a book

As he spoke to these executives and tried to point them in the direction of a good, definitive resource to teach them to replicate his success, he realized there was nothing out there. 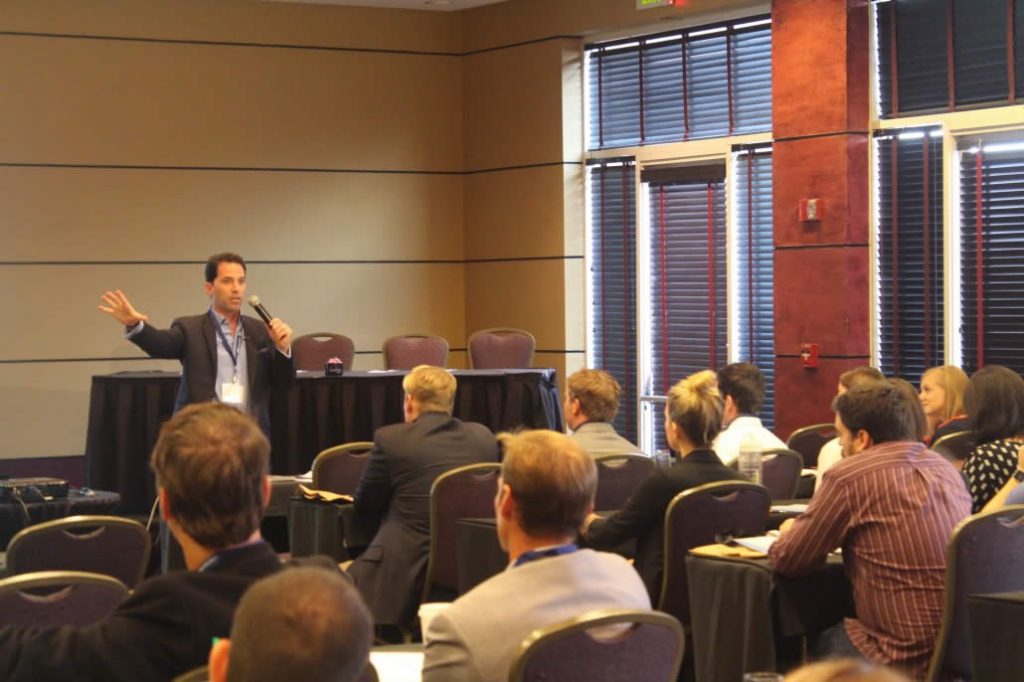 Chris had written a book on his own in the past, and needed a different path

In 2012, Chris decided he was going to write a book about social media. And so, being an ambitious Type-A personality, he made it happen. For ten months straight, he worked from 8pm to 1am to write the book. He knew his time wasn’t being spent efficiently, but he figured it was the only way.

He got the book done. However, it didn’t turn out exactly as he hoped. It was his first time writing a book, he was writing it out after full, exhausting workdays, and he didn’t have the support he needed.

Chris was putting forth a brilliant new idea, that social media was more of a spiritual awakening leveraging people desperate to connect with one another, rather than a technological one, but the book didn’t do the idea justice.

“I’m not a writer,” Chris said. “The book was less than mediocre. It’s not a great read, but it’s got some great ideas in it.”

Chris was driving home from a speaking engagement on dark, rainy night, when he was listening to a podcast. On the podcast, they mentioned Scribe, and Chris’ ears perked up.

“I went home and Googled the company, and realized that this might be the way to solve my problem,” Chris recounted.

As an analytical person, Chris’ next step was to think about what was holding him back, and to do a cost-benefit analysis.

“I have very limited time,” he explained, “but I can talk a blue streak, and the way everything was structured just made sense to me. Comparing it to the time I put into my first book, I knew that the time savings would pay for themselves 100 times over.”

“My concern was not being able to come up with the material — I’d lived it for the past eight years. What made me comfortable was knowing that I’d be able to come up with the time. Once I understood that I’d be able to pre-schedule my 15 hours of commitment over the next five months, I knew could put all the pieces in my schedule to make it happen.” 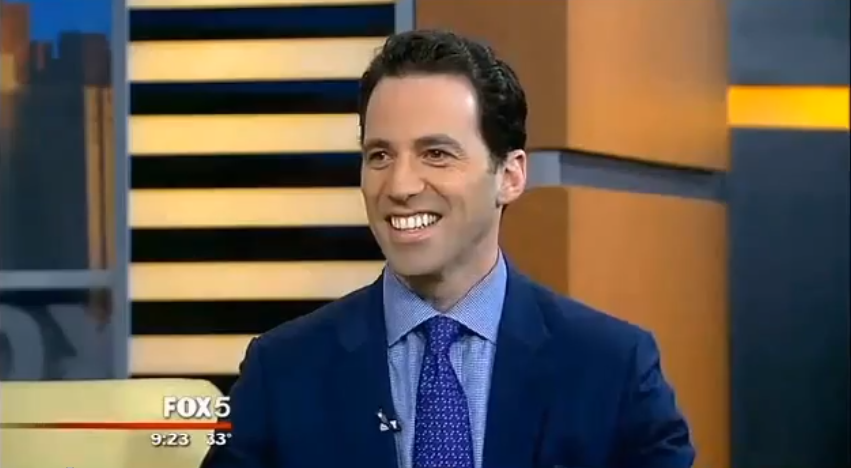 Chris picked Scribe for the time savings, but got much more

Chris thought that he was making a decision to trade time for money, and that decision by itself was worthwhile to him. But once the process started, he realized that there were much bigger benefits to working with a team of professionals than just the time savings.

“It was the most seamless, joyful experience ever,” Chris reflected.

His favorite example comes from his first call with his editor. He spoke about the beginnings of his personal branding adventure, when he was applying for a job as VP of Sales and wrote a blog post to send to the hiring manager he was speaking with. The tactic worked, and Chris’ ideas blew away the hiring manager and got him the job — a VP of Sales role with a $200,000 base salary, plus a $60,000 signing bonus.

He told the story to his editor, who asked some clarifying questions and details and moved on. A few weeks later, Chris got the first draft of the chapter, with the opening heading: The $260,000 Blog Post.

“That got me the most excited,” Chris said. “The fact that he was able to hear a long, convoluted story about some meathead Italian kid that was writing a blog post to get a job in sales, and he could get to the heart of what was going to be compelling for the book, make it into a heading, and draw readers in. I knew I was in good hands.”

Chris’s goal was not going to make much money from book sales, but he knew the book would pay off if it did a great job displaying his ideas. And that’s exactly what happened.

Chris has been asked to keynote multiple events directly because of the book. And he’s also been able to increase his speaking fees for all of his speeches.

“The speaking fees have paid for the book ten times over for me. It just works.”

The book has helped Chris make a bigger impact in his business, as well

One of the struggles Chris faces on the consulting side of his business is that, especially among Fortune 500 companies, leadership know they need to invest in social, but they don’t take it seriously. This leads to some frustrating situations, where Chris is being paid lucratively to help companies, but he struggles to have them implement his advice.

However, by leveraging his book Remarkable You as a tool to demonstrate his credibility, he’s often able to break through that barrier.

“After six months consulting with [a large technology company], I was giving a presentation to the board, and the founders were only half paying attention to me,” Chris recounts. “It pissed me off because one of the founders had asked me a question and then wasn’t paying attention, so I called him out. The whole room froze.

“But the founder apologized and said ‘I should probably listen to you, after all, you wrote the book on this stuff.’”

“That’s why I wrote the book,” he said. “I’m getting the gigs anyways, but now when I tell them to listen up, they get it. There’s reverence for the book, even among the billionaire founders. They have an understanding that I’m the expert.” 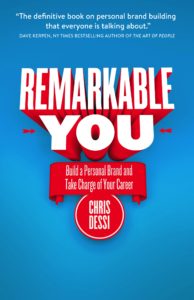 Chris grew up in a blue-collar town in New York, about an hour north of the city. Growing up, he saw the challenges that his friends had thinking beyond what was possible for their parents. They didn’t believe they could work in the city, or earn a large salary, and it held them back.

“For me to be able to write books means that I can see the reactions from my daughter as she asks ‘Daddy, you’re an author?’ and I explain that I am, and I put the books in her hand, and immediately the possibilities she sees for herself have opened up.”

Chris continues, “For her to understand that she can do that is game changing. For me, having those books in front of them is showing them ‘You can do this. There’s no reason why you can’t do this. You shouldn’t be limited by where you’re from, what your parents did, or anything else like that.’

“That’s what gives me goosebumps.”