In the early years of the wars in Iraq and Afghanistan, numerous wounded soldiers were transported back to America. As a teacher at the Military Medical School in Bethesda, Maryland, at the time, Dr. Michael D. Lewis helped treat many of these soldiers and saw this horrible aftermath of war first hand.

Dr. Lewis knew these brave soldiers were receiving the necessary medical attention for the obvious wounds of battle, like bullet wounds or missing limbs from IEDs. But nobody was talking about the imperceptible wounds still impacting these young soldiers years later—specifically concussions.

Eventually, Dr. Lewis decided to find an answer to what he saw as a crucial question:

“How can we help these soldiers heal their damaged brains?”

Rather than saying, “Only time will heal your damaged brain,” Dr. Bales prescribed heavy doses of Omega-3 fats in the form of fish oil.

“The brain’s made up of fat, so we saturate it in the material that made the brain in the first place. If you have a brick wall that needs repair, you want to use more bricks to fix it. Omega-3 fats are basically the bricks of the brain.”

The veterans on Dr. Lewis’s Omega Protocol felt its immediate effects, including one Special Forces soldier.

“He had overwhelming fatigue and brain fog, which are the two most common symptoms of post-concussive syndrome. After two days on the protocol, he said, ‘Oh my God—I didn’t know I was supposed to think this clearly and have this much energy. This is like a miracle drug.’”

However, the military and medical establishment are not swift to adopt change, so the Omega Protocol was not widely adopted. 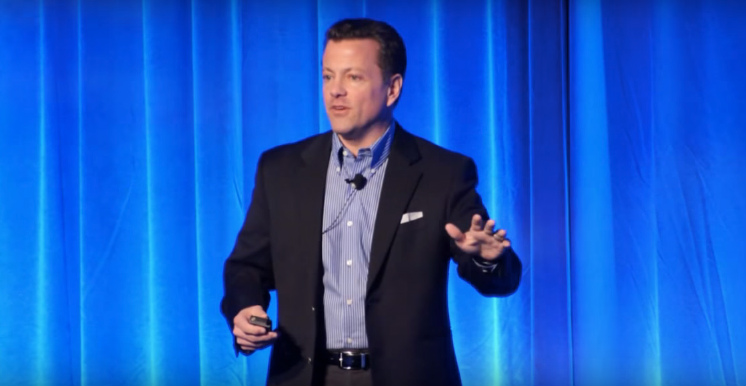 Although Dr. Lewis was seeing life-changing results with his patients, he needed a way to reach more people.

Dr. Lewis had big goals: he wanted to change the way people treated brain injuries. He wasn’t satisfied with the medical system telling patients to simply adjust to their new normal after a TBI.

“There was so much science and knowledge stuck in my head that I wanted to get out to people. I speak at conferences, which are great, but I only get an hour, tops, to share my ideas. Writing a book seemed like the only solution to get everything out of my head and into the world to help people with TBI.”

He started a book about his Omega Protocol, but he couldn’t complete it. He stopped and started repeatedly over the course of nearly five years, until he found Scribe (by way of James Altucher’s Facebook page).

“It’s painful to sit down and write every day, especially for me. If I could just open the floodgates of my mind and get all of my ideas out in three days, I would have, but I couldn’t do that myself. I needed Scribe to get that done.”

Instead of going through the painful process of writing for hours each day, he had a professional Scribe guiding him through a straightforward book writing process designed specifically for people like him: people with amazing ideas who don’t have the time or ability to formulate them into a book.

Dr. Lewis’s Scribe helped him talk through his ideas in a directed way.

“I just fell in love with her over the phone. I didn’t know where I was going with my book, but she was fantastic at helping me form the backbone of my story, and asked brilliant questions to get all of my knowledge out of my head and into my book. The process was spectacular.”

In just six months, Dr. Lewis had his book written and published, ready for the world to read.

Since publishing When Brains Collide, Dr. Lewis has seen a drastic increase in TBI patients coming to his private practice. He’s also garnered more attention for BrainCARE, his organization where he fosters better brain health for people around the world. 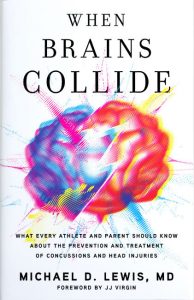 The most gratifying result, however, is knowing that his book is helping change the way people see traumatic brain injuries and how to treat them.

“My overriding mission is not just to help the next patient that walks through my door, and it’s not just a duty to my country. My mission is to change the world. And that mission has been validated since I wrote my book.”

Dr. Lewis still has a long way to go before he changes the medical community. In emergency rooms, universities, and hospitals across the country, he still doesn’t see doctors prescribing Omega-3 fats to TBI sufferers, despite the potential for life-changing results.

He continues to face an uphill battle on an institutional level, but on the individual level, Dr. Lewis is making a significant impact every day, and he sees the results in his emails from fans.

“There’s still a lot of resistance for my Omega Protocol from the medical community. Even the military community, too. But whenever I’m feeling my most frustrated, wondering why I’m doing any of this at all, that’s when I get an email from someone thanking me for saving their life. That’s what keeps me going.”