How One Financial Advisor’s Book Led To Speaking And Media 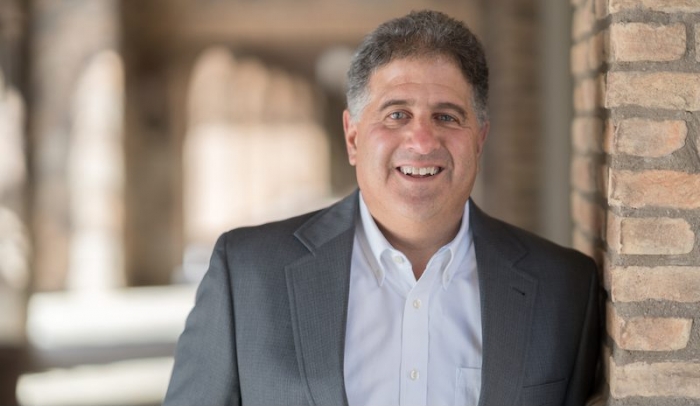 Sam Marrella has spent his entire life in finance. It started in his childhood, when Sam first learned the industry from his father, a financial advisor.

“I used to go on appointments with my dad and just observe what he did–how important he was to his clients. I used to kiddingly say to him, ‘My gosh, they’re going to put you in the family portrait.’ I feel like I was born to treat people with that level of care.”

When Sam got older and joined the financial industry as a stockbroker, he wanted to create that same familial relationship with his own clients.

In order to do this, he left Morgan Stanley in 2002, and joined his father and brother to form a family business as wealth managers under Raymond James Financial.

Their company continued to grow at a steady rate, but Sam and his brother realized they needed outside help if they wanted to grow properly. So they hired a business coach.

The coach gave Sam and his brother three directives:

Sam realized he could accomplish all three of those goals simply by completing the third item: write a book. Being an author would propel Sam into the forefront of his field as a financial advisor, while still allowing him to weave in his own personal story in the process.

He had the three charges from his business coach, and he knew the elements of his personal story. Now all he had to do was sit down and write it all out.

There was just one problem: Sam is a financial advisor, not a professional author

“I couldn’t get organized. I knew what I wanted to say, but I couldn’t organize it, so I stopped even thinking about it.”

Sam gave up writing the book almost before he started. He needed something that would capture his message in his voice, but he didn’t know how to do it.

His brother, on the other hand, got to work on his own book at the same time. The process looked painful and difficult. Sam saw what his brother went through trying to do it himself, and it reaffirmed his decision to stop working on his book.

After years of effort, Sam’s brother finished his book. As Sam watched his brother distribute it to their family, Sam noticed one unexpected benefit that he couldn’t help but envy.

Sam’s daughter raved about her uncle and his book.

“She was excited beyond belief. She was so impressed that somebody she knew wrote a book. I started thinking other people would be equally impressed if I wrote a book, especially in my domain. I said to myself, ‘I’ve got to do this.’”

Even more than becoming a thought leader, Sam’s wanted to finish his book so his daughter would be proud of him.

When the idea rekindled that he should write a book, Sam didn’t want to go through the same process as his brother. It seemed like too much hard work and not enough fun.

“I obviously couldn’t do it myself, so I got help.”

At first, he didn’t know where to get that help, but the light bulb switched on for Sam when he encountered Scribe President and CEO JT McCormick at a conference.

After speaking with JT, Sam realized that Scribe was exactly what he needed. They could guide him past the writing obstacles that had stopped his progress the first time.

He signed up with Scribe on the spot.

“I’ve always lived my life by doing what I’m good at and letting others do the rest. Working with Scribe was a perfect example of that.”

Instead of working alone, now Sam had a book publishing team to guide him

In the beginning, Sam was nervous. He knew he had a story to tell and ideas to share, but he wasn’t sure how exactly he would do that.

“If I were to do it on my own, in my simple mind, my book would have been, ‘I was born. A year later, I turned one. Next thing you know I’m two, right before I turn three.’ How boring is that?”

Sam’s team at Scribe helped him organize his story and get his ideas and words onto the page in a painless process.

“It was far easier than I thought it was going to be. The team did a phenomenal job of helping me organize my message, and put it into book form. All I had to do was get on the phone and talk about what I already knew. It was easy.”

As a wealth manager, Sam is a coach for people who don’t possess his financial expertise. As a first time author, Sam realized he would need his own coaches.

Therefore, he allowed his publishing team to lead him through an unfamiliar process: writing a book. Consequently, Sam received the same personal care he gives his own clients.

“My publishing team was so phenomenal, so upbeat–I felt like I was their only author and this was the only book that mattered to Scribe.”

As a result, Sam had a new financial advisor marketing asset: his book 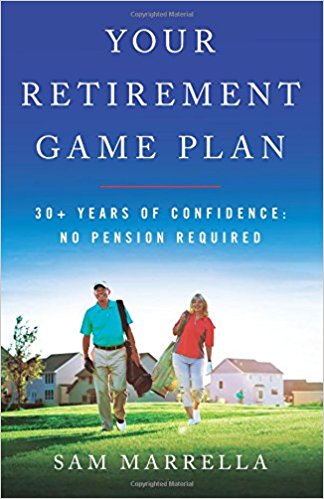 His final product, Your Retirement Game Plan served as a tutorial on retirement income planning, and also had Sam’s personal story woven throughout.

“One of the biggest compliments I get from people that have read my book is ‘It felt like I was having a conversation with you.’”

The book has paid off in many ways.

It quickly reached the Amazon Bestseller list in the Retirement Planning category.

Sam has had a number of new clients contact him to go over their financial situations because of the book, and several have retained his services as a financial advisor.

Current clients have also read it, liked it, and it has helped solidify their relationship with Sam.

Furthermore, people have flooded his Facebook and LinkedIn pages with comments saying how much they loved the book. 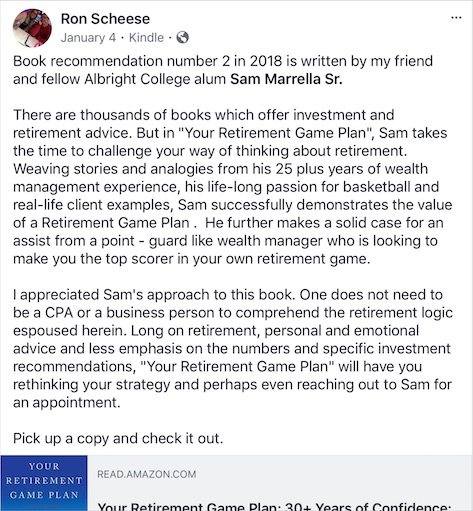 As an unexpected bonus, the book has helped Sam raise his visibility in his local community.

“By the tenor of the conversations, I can tell that they look at me in a different light. Either it solidifies that they now know what I do, or they’re impressed with the way I do it.”

Sam has secured multiple upcoming local television appearances, and he and his brother are launching a new financial advisor podcast series, as well.

The book also gives him a better platform to acquire more speaking engagements.

“It’s worked great, which makes sense. Think about the person who’s looking for speakers. Are they looking for just the average wealth manager that’s no different from anybody else, or do they want the guy who has a book? It lends me credibility.”

Despite being nervous about the process, Sam finished with a book he’s proud of. It even drew approval from the most important person of all: his daughter. 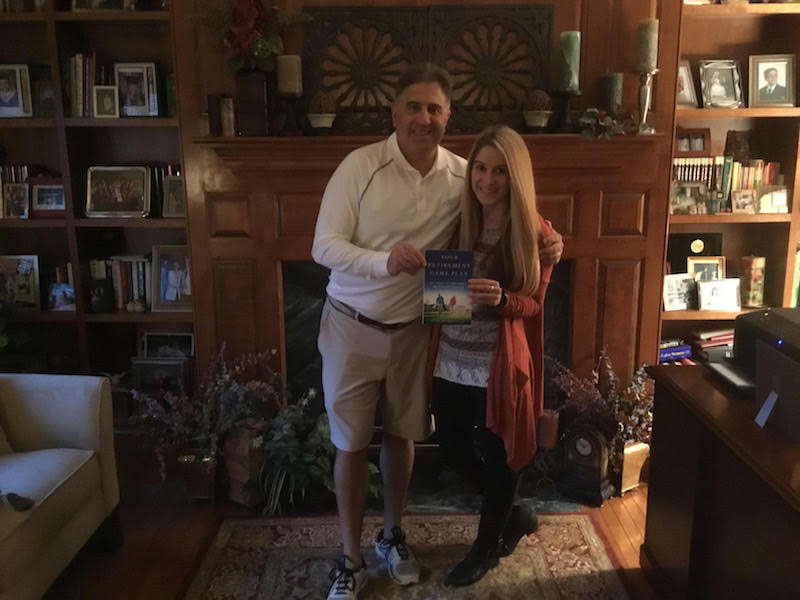 “I was totally outside my comfort zone writing a book, so feeling the weight of it in my hand and seeing my name on the cover was an aha! moment for me. As for my daughter’s admiration? Well, that was just icing on the cake.”