By Sharing His Own Grief, John Sardella Helped Others Move Through Unspeakable Pain 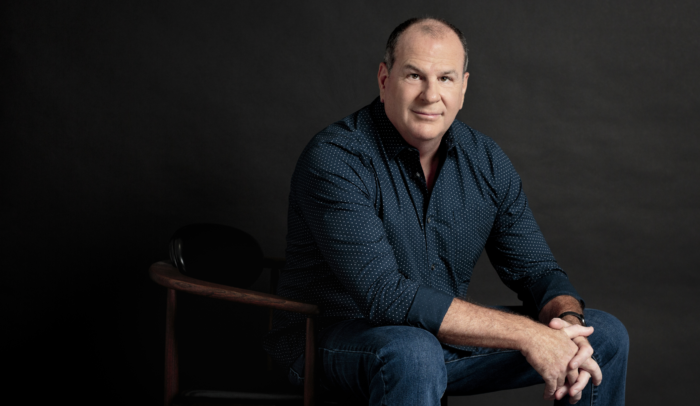 John Sardella was on top of the world. He was married to the love of his life, Margaret, and they had three beautiful children together. His job as a principal was deeply fulfilling, and he was able to indulge his dual passions—helping others and the game of lacrosse—by volunteering as a lacrosse coach. John couldn’t have been happier: he loved being an educator, he loved being a coach, and he loved being of service to his community.

Then, in 2010, his world came crashing down. His wife, Margaret—the woman he had spent 20 years of his life with—was diagnosed with cancer. For the next seven years, Margaret underwent almost daily treatments that they prayed would heal her.

At first, the treatments seemed to work. While the location of the cancer made it impossible to operate, with the help of her medication, Margaret was able to live an almost-normal life. Then, late in 2016, the cancer metastasized to her liver. Six months later, Margaret passed away.

John was heartbroken. After 27 years of marriage, the person he loved most in the world was gone, and gone far too soon.

“She was so young—only 51—which made such a difficult loss even more difficult. No matter how much you try to prepare for something like that, you’re never ready.”

John was desperate to find a book that acknowledged his pain and showed him a way through his grief. 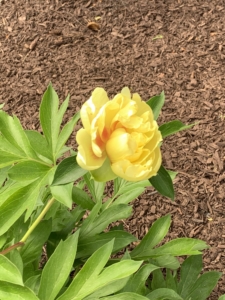 As John struggled to come to terms with his loss, he began to read books about how to cope with and move through grief. It wasn’t long before he realized that all of those books had one fundamental problem: they were far too clinical.

Desperate to dig into the emotional part of the grieving process, John started working with a therapist. While his conversations with the therapist helped, he soon realized they were only temporary fixes. So, John started writing about the raw, emotional pain he was going through.

“Writing things down was cathartic. The process of writing healed for a longer period of time than talking things out.”

For months, John wrote down everything he was going through and everything he was feeling. At the same time, he also started thinking about his legacy. After losing Margaret, he knew how fragile life was. Soon, he hit upon an idea: he would write a motivational book. Between being an educator, a coach, a father, and a husband (and now, a widower), he had stories and lessons he could share.

John thought that it would be a perfect way to create a legacy and be of service to others at the same time. Focusing on creating a book like that would be healing for him, too. It didn’t take long before he made up his mind to go through with it.

However, he was determined to use his book to motivate and help other people. He had no intention of focusing on his own internal journey of pain and grief.

John knew he needed help putting his ideas onto paper.

Once John settled on the idea that he was going to write a book, he started looking for a company that would help him get his ideas together, write the book, and guide him through the publishing process.

Years earlier, he had written a children’s book called L is for Lacrosse, so he knew how hard the publishing process was. He had relied heavily on his publisher to piece that book together and market it, and he knew that he would need the same kind of help for this book, too.

Not only that: this time around, he wasn’t writing a children’s book. This book would be his legacy. He needed someone who could help him convey his message perfectly.

“I had ideas, but I knew I needed help with the writing.”

John started researching his options. He thought about working with a standard self-publishing company. He considered hiring an editor. He looked at Apple Books for Authors. None of the options he came across fit, though. He wanted a company that could help him every step of the way, from writing, to publishing a tangible book, to getting that book in front of audiences.

It felt like there were dozens of companies that claimed to help aspiring authors write and publish. But none of them were right. John was at a loss.

After his first call with Scribe, John knew they checked all the boxes.

John refused to give up. Finally, during a Google search, he came across Scribe. Immediately, he was intrigued. He set up a strategy call with Rikki Jump, and as they talked, John realized Scribe was exactly what he had been searching for. They had the experience and expertise to help him organize his ideas, get them onto the page, and create a beautiful book he would be proud of.

Excited to get started, John signed up for The Scribe Professional Package. Then, he sat down and started to sequence out what he wanted to include in the book, chapter by chapter. He was determined to keep the focus off of the anguish of losing Margaret, so he focused as much as possible on other stories, other lessons. When he sent the outline to his team at Scribe to review, though, they told him something that changed the entire course of his book.

“They told me my book was actually about my wife and everything that happened, and they were right.”

They told John he should still write a motivational book. He had tons of insight and wisdom to share with others. But, there was no way he could write a book without talking about what he and his wife had gone through together, or what he went through after she passed…and his team at Scribe knew it.

With that realization, John sat down and wrote the introduction to his book. The words poured out of him, and in those moments, John knew he had made the right decision. Scribe was the perfect choice to help him create a book that would honor Margaret and, at the same time, help other people in the world who were struggling to cope with grief and loss, too.

John worried his message wouldn’t come through the way he wanted.

As much as John trusted the people at Scribe, he did have one big fear: would the scribe they paired him with understand what he had been through and what he was trying to convey? This book was his legacy, and he wanted to make sure his voice and his message came through just like he envisioned.

As soon as he had the first conversation with his scribe, Jessica, though, his fears dissipated. Not only was Jessica sensitive and empathetic, she didn’t shy away when John talked to her about his anguish over Margaret’s death. Very quickly, John realized he could trust her.

“Our trust was built pretty fast, because our conversations were so powerful. And, when I looked at the writing afterwards, I knew we were on the same page.”

John had the same experience with everyone he worked with at Scribe. Whether it was his editor, the cover designer, or the marketing team, each person was warm, sensitive, and empathetic. They made John feel safe and supported, no matter how raw or emotional the conversations got.

When the book was finished, and John held it in his hands for the first time, he was blown away. In every way, his book exceeded his expectations. He knew, holding the book in his hands, that Margaret would be proud. This was the legacy he had dreamed of.

John’s book was a message of hope for people struggling with their own anguish. 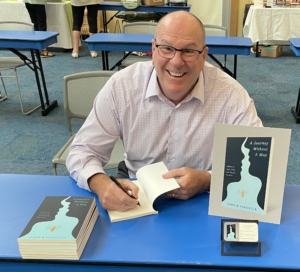 When A Journey Without a Map came out, the book found an audience hungry for its message. After getting reviewed on BookBub, the book sold 1,500 copies—in a single day. It’s sold over 3,000 copies since it launched (on average, most self-published books sell about 250 copies in their lifetime). Not only that, the book was a #1 bestseller in multiple categories on Amazon.

John’s book has given him a platform to connect with other people trying to cope with grief and loss. He’s been invited to appear on a wide variety of podcasts—One Step Ahead, Grief and Rebirth, and Choose Your Attitude, to name just a few—and has been featured by Forbes. He’s also written about grief for outlets such as Sivana East and been interviewed by ABC News.

For John, all of this points to one thing. People were desperate for a book that acknowledged the incredible pain we all experience when we lose a loved one. They were tired of books that took a clinical approach to grief, and they were frustrated with books that didn’t offer a way forward.

“There was an audience out there who wanted this. The book affirms that losing someone is very difficult, but you can get through it.”

John has connected with hundreds of people who want to thank him for showing them they aren’t alone. 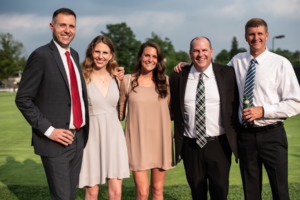 Since the book launched, John has connected with people all over the world struggling with the same kind of pain and loss he had experienced. Every message he receives touches him deeply, because he knows exactly what they are going through.

A 50-year-old father who lost his son sent an especially poignant message.

“He said that he had read many books on grief, and none of them had touched him. My book was the first to affect him, and he wanted to thank me for writing it.”

A woman who had recently lost her father contacted him to say thank you, too. She told him that when she read his book, it felt like he was talking about her own family’s experience. Ultimately, she said, the book really helped her, because it showed her she was not alone, and that everything would be OK.

For John, being able to connect with people in this way is one of the greatest gifts the book has given him. When his wife passed away, he felt completely bereft, and it made an already difficult time immeasurably harder. To be able to relieve that pain for other people is an incredible feeling. And, for him, it’s the greatest legacy of all.

Here are a few more people who have been touched by A Journey Without a Map.