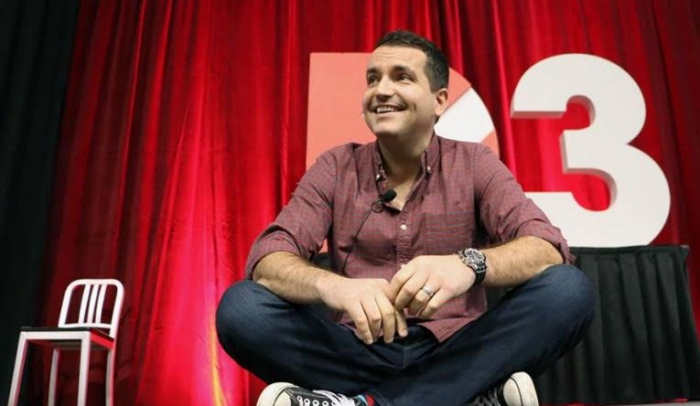 Matt Bertulli learned retail at the knee of his grandfather. He practically grew up in the backroom of his family’s furniture store, where he vividly recalls watching his grandfather struggle with accounting software so prehistoric it came on a floppy disk.

Then one day, those lessons stopped. The store closed, replaced by competitors whose grasp on technology allowed them to offer cheaper prices and a better selection.

Matt could’ve walked away from retail at that point, but he didn’t. Instead, he took what he’d learned growing up in a retail family and merged it with his experiences in e-commerce.

He became a master at integrating technology with commerce and started a business, Demac Media, dedicated to helping merchants like his grandfather succeed.

Matt had come from the backroom to the boardroom, but his journey was just getting started.

“How do I take what I’ve built and grow it?”

He journaled and blogged about his conversations with merchants who kept making the same mistakes: chasing someone else’s customers, selling in the wrong places, communicating through channels where nobody was hanging out.

It reminded him of his grandfather—a good man who ran an honest business, but ready to pull his hair out because he didn’t know how to use the technology at his fingertips.

Matt knew his knowledge and experience could help his fellow merchants avoid mistakes and scale their businesses.

“If more people could learn how e-commerce and retail play together, maybe more businesses could be born as a result. I thought a book could help me show people how to create better stuff and reach customers in a low friction way. I had no business plan for the book—I just wanted to get it out of my head and into the world.”

Matt enjoyed writing but didn’t know how to organize his thoughts into a book. 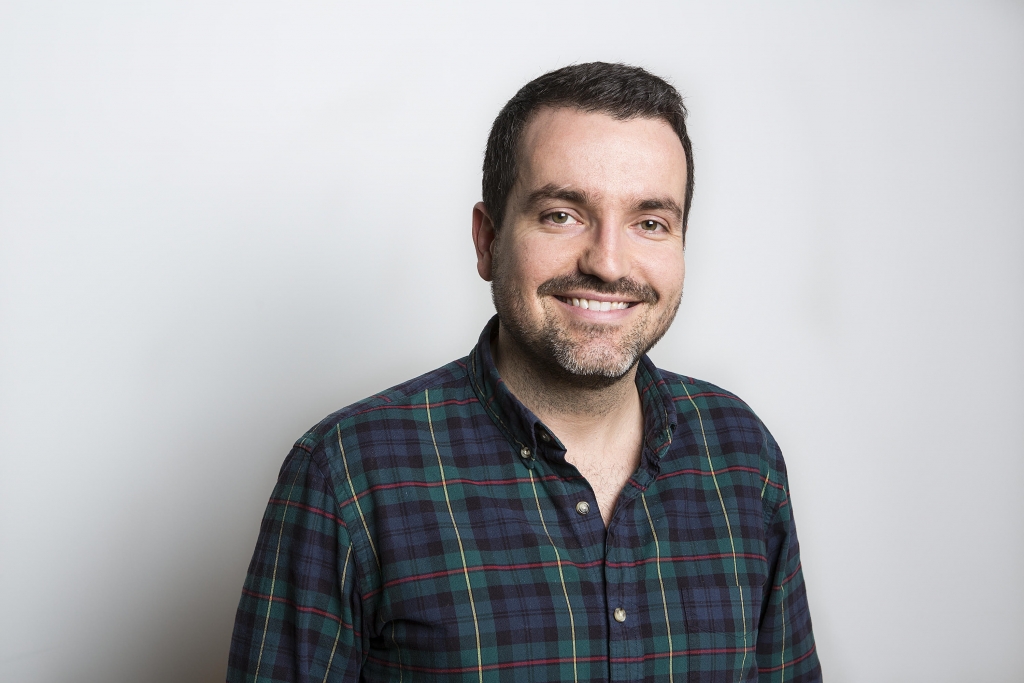 Matt wrote for his company’s blog, but his thoughts were unorganized.

“I was writing about the conversations I was having with retailers and my team, but it was this raw, show-up-and-throw-up style of writing. I didn’t have an outline or any sort of structure. I was just looking for themes. I felt far away from being able to write a book.”

Matt sat with his book idea for two years. He didn’t try to write it himself or work with a ghostwriter. He continued to crank out blog content and wait for the right opportunity.

Without realizing it, Matt was laying the groundwork for a book as he worked to refine his craft and explored through writing his feelings about the emerging world of e-commerce. He just needed some help

When Matt learned about Scribe, he finally saw a way his book could get written.

When Matt heard Scribe cofounder Tucker Max describe his company’s process for turning ideas into books, a once complex process was suddenly demystified. Social proof soon followed as several of Matt’s friends told him about their positive experiences working with Scribe.

“I talked to enough authors to realize I shouldn’t write a book myself because I had no idea how. Enough people had gone through this process with Scribe and had such good things to say that I didn’t try anything else. I followed the wisdom of the crowd.”

After deciding to use Scribe, Matt began to feel more comfortable with the book writing process. He spoke with various members of the Scribe team, who walked him through the elements that make up a good book. With every interaction, his dream of publishing a book drew closer.

And yet, like many authors, Matt wrestled with imposter syndrome. He was afraid he wasn’t qualified to write a book and that he didn’t have enough meaningful things to say.

By working to organize his thoughts, Matt’s book took shape and his fears subsided. 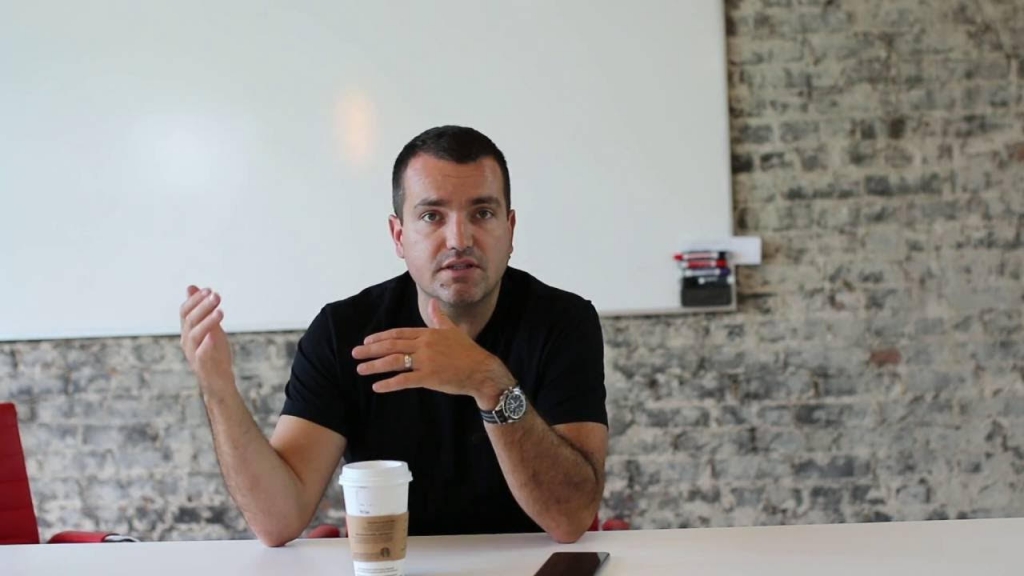 What helped Matt overcome his fear was the organization he’d been lacking during his previous writing sessions. Once the ideas swirling in his head were organized into an outline, Matt’s imposter syndrome went away. He saw proof he had enough material for a book.

“My fear was total crap in my head. I had enough to say, and the whole thing wasn’t as hard as I’d made it out to be. I’ve climbed way larger mountains in my professional life. When I look back, I could probably do a second book. I didn’t think I’d ever do one, let alone two, but that’s how pleasant the experience was for me.”

From the first phone call with his publishing manager through the book launch, Matt was most surprised by how smooth the process was and how quickly it wrapped up.

“Any hold up in the process was usually me not knowing what I wanted to say and needing to take some time. I was also surprised by how quickly you could start and finish one of these projects. When they first told me how long it would take, I was like, ‘there’s no fricking way that’s possible.’ I was wrong.”

That’s not to say writing a book was a walk in the park for Matt. It took a lot of work, especially when it came time for revisions. Matt found it weird to read and edit his own thinking, but with help from the Scribe team, he dialed in the writing to capture his voice and message.

Matt’s book allowed him to reframe his sales process with potential clients. He now starts meetings off talking about writing his book and which chapters the client would enjoy.

This new approach has been highly effective. Demac Media (now Bounteous Canada) is closing deals with huge clients they had no chance with prior to the book; for example, the average client did $20 million in annual sales prior to the book, and now they are landing clients that sell $400+ million annually.

The book also allowed Matt to take his second company—Pela, which makes biodegradable iPhone cases—from a six-figure hobby to an eight-figure business in fourteen months.

“With the book, our goal was to get better customers, not more customers. Working with a higher quality customer helped us scale Pela because we saw these ways of marketing products direct to consumer we’d never seen before.The doors that opened because of the book and the learning that took place fueled the fire to grow Pela.”

Not only did these newer, better clients provide valuable insight, but they also added higher profitability and more predictability, which has been huge for Matt. He’s less stressed, sleeps better, and gets to focus on crafting a long-term vision for both Pela and Bounteous Canada.

Increased profitability also added seven figures to the enterprise value of his companies.

“The book was like jet fuel, making it easier and faster for us to scale in an industry where it’s vital to success. Once we poured that fuel on the fire, things exploded.”

Aside from the financial benefits, Matt has enjoyed seeing how his book has impacted merchants, especially those who remind him of his grandfather.

One of those friends was a fellow merchant who owns a store in Toronto. One day, Matt walked into a coffee shop to find her reading a copy of his book, a highlighter in hand.

He sat down next to her and asked how she was enjoying the book. It made Matt’s day when she flipped through the pages to show him how many notes she’d already taken.

Matt’s friend isn’t the only merchant who’s benefited from reading Matt’s book. As this Amazon review shows, what he wrote is impacting retailers everywhere: