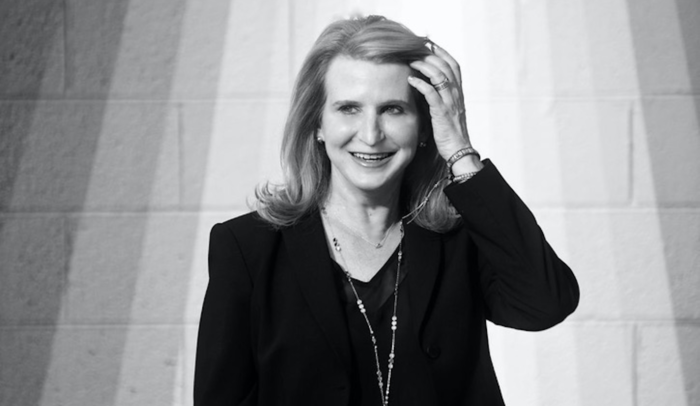 Over the past 25 years, Patty Beach has seen far too many business leaders struggle to effectively connect with their teams, staff, and other stakeholders. She’s watched them try—and fail—to motivate their people so they can grow their businesses in the way they dream about.

And when she sees them struggling, her heart breaks, because she knows the fault doesn’t lie with them. The problem is the current leadership model: it just doesn’t give them the tools they need to truly succeed.

That’s why changing the existing leadership paradigm—which is heavily patriarchal—is Patty’s life mission. She knows that a leader’s success comes from leveraging their masculine and feminine energies to create a more balanced, versatile, and aligned whole.

“I call myself an inclusive leadership evangelist, because I help leaders move in the direction of balance.”

Patty has seen hundreds of leaders have “ah-ha moments” when they figure out how to be more assertive, or how to soften and allow more engagement from their team. Those are the magical moments she lives for, because they’re what lead to higher morale and greater growth in an organization.

That’s why Patty’s an evangelist. She knows leaders in companies all around the world are struggling. And she wants to help them all.

Patty wanted to spread her message to the four corners of the globe. 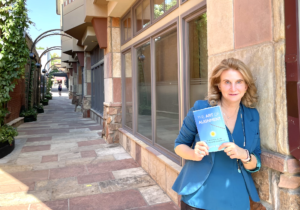 After 25 years in leadership development—working to change the world, one leader at a time—Patty was very clear on the benefit her program could bring. But she was just one person, and her coaching program, although full, was limited by the number of hours in a day.

She knew that trying to cram more people into her already full schedule wasn’t a realistic solution. And that’s when it hit her: she would write a book. If she could codify her principles and explain how to develop them, then every single person who picked up the book could use those concepts to achieve greater alignment and versatility.

That wasn’t the only benefit: by putting her ideas down in a book, Patty could share her ideas not just with leaders, but with people in organization development, coaching, and project management as well.

“The idea that I could reach more people with this message was immensely exciting. And with a book, it could truly become a movement, and go to the four corners of the world.”

And the icing on the cake? With a book, Patty knew she would be recognized as a thought leader in her industry.

Her mind was made up. She was going to do it.

It wasn’t long before Patty realized that writing a book was easier said than done.

Patty knew exactly what principles she wanted to share in her book. But she had always taught those principles in coaching sessions. Writing them was a whole different ball game.

Patty struggled to focus on writing when there were so many other distractions. As a very social person, she would far rather spend time talking with other people than engaging in the solitary act of writing.

“I’m a very extroverted person. And so anytime I would sit down to write, my fear of missing out would kick in and I would lose it.”

Her struggles didn’t end there. Patty had done a lot of writing when she was younger, but it was all for academia. She had never written anything that was intended to appeal to a more general audience, and frankly, she had no idea how to do it.

How could she take the concepts she had spent a lifetime developing and share them in a way that would be applicable to anyone who picked up the book? How could she make the concepts accessible, and even more importantly, interesting enough to keep her readers engaged?

It was daunting, and between the stress about how to do it and the stress around the actual writing process, Patty felt stuck. Her attempts to sit down and write had gotten her nowhere, and it wasn’t long before she stopped trying to write anything. She needed help.

Patty knew she needed an experienced partner to help her take her ideas and turn them into a viable, compelling book. 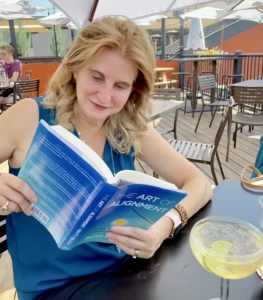 And then, Patty started coaching a leader who had written two books. Sensing that he might have some insight, she shared her struggles and frustrations. He listened, then told her that a company called Scribe could help her create the kind of book she would be proud of.

Intrigued, Patty started doing some digging, and when she saw Scribe’s Guided Author package, she realized it was exactly what she had been looking for. It would help her find her footing, while at the same time holding her accountable for meeting her goals.

Patty wasn’t looking for someone else to do the writing for her—she just needed help figuring out how to do it herself. Patty jumped in feet first, and she tried really hard to commit to the process. She wrote every day, even on holidays. But she hated it.

“I felt like a failure, because I’m more of an organic kind of person. Sticking with a regimented process is really difficult for me.”

Patty shared her frustrations with Tucker Max, Scribe’s co-founder. He listened, and then he said something that changed everything. He told her that her book was never going to be a priority until she made it a priority.

That was exactly what Patty needed to hear. She went into high gear, even scheduling solitary, multi-day writing retreats so she could focus completely on her book. Whenever she faltered, she remembered what Tucker said. Patty hit her rhythm, and finally—finally!—the book she had been dreaming about for so long started to emerge.

With Scribe’s help, Patty had conquered the writing process—but she still had no idea how to market her book.

Patty knew she had gotten as far as she had because of Scribe’s structure and process. She was proud of all she had accomplished, but now, she was facing another challenge, and this one seemed even more overwhelming. After all the blood, sweat, and tears she had poured into her book, how was she going to get people to read it?

“I kept thinking that I’ve come this far, but if I don’t market it, nobody is ever going to read it. And I didn’t know how to market a book! I’ve never had to market anything, not even my coaching.”

The idea that nobody would ever read the book terrified Patty. So, once again, she turned to Scribe for help. She went all-in on the Scribe Publishing package, and once again, it proved to be exactly the right decision.

Throughout the editing process, her team listened when she told them she wanted the book to appeal to a broader audience than most leadership books target. They carefully reviewed her manuscript, and only stepped in when there was a better way to deliver the information she was trying to convey.

They helped her create a book cover that was polished enough to be credible with CEOs and executives, but was appealing enough to resonate with general audiences. And, they helped her get her book in front of the exact people who were eager for its message.

Best of all, they reassured Patty when she panicked that people would hate her book and hate what she was trying to do. Putting her book out there in public and asking her audience to make a huge mind shift was terrifying, but her team at Scribe was always willing to be a sounding board about her fears.

Whenever her fear threatened to overwhelm her, they were there to remind her of the incredible impact her alignment principles had already made on the leaders she had coached. They knew that what she was doing was valuable, and they never let her forget it.

By every measure, Patty’s book took her business to the next level. 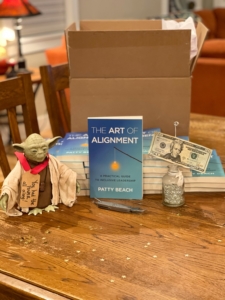 When Patty’s book, The Art of Alignment, launched, she had a party with the people she’s closest to. She wanted to celebrate her accomplishment, even if her worst fears came true and the outside world hated it.

Turns out, though, Patty had nothing to worry about. Leaders and coaches loved her book. Within the first two months, she sold 3,000 copies. Forbes, Entrepreneur, and CEO World all featured her and her book. She was invited onto dozens of podcasts.

The book was taking leadership development by storm, and—just like she had hoped all along—it established Patty as a thought leader in her field. As a result of her book, she was able to triple her coaching fee. And, even though she was charging coaching clients three times more, her waiting list was so long she had to start hiring other coaches to teach her system.

Patty’s dream of bringing aligned leadership to every business in the world is coming closer to fruition, too. She’s in business development conversations with major companies, government agencies, and even the US Air Force. Plus, she was able to fill the first cohort of her 9-month Certified Alignment Practitioner Program, so she can train even more coaches in her system.

“I couldn’t be more excited, because now I have a path for how I’m going to create a movement and get the language and principles of versatile leadership out into the world.”

Patty’s book is teaching people all over the world a new way to lead.

Since Patty released her book, people from all over the world have united behind her vision of versatile, aligned leadership.

“A business leader from South Africa reached out to say he had heard about me on a podcast, and what I was saying made so much sense that he bought copies of my book for all the leaders in his company. They’ve started applying all my principles, and they’re just on fire about it.”

Hearing that she was positively impacting someone in South Africa made her feel absolutely incredible. It was validation that what she had done was valuable, and it was a clear indication that her message was spreading across the world.

The leader from South Africa is far from the only person who has been impacted by Patty’s book. A therapist contacted Patty to tell her she had come across her book, picked it up, and immediately realized the profound impact it could have on the couples she counsels. She’s already put Patty’s alignment principles into action, and she’s been blown away by how much it helps her clients improve their relationships.

For Patty, ripple effects like these are ones she never could have anticipated, but they make it all worth it. Because now, after seeing the impact the book has had on leaders and coaches around the world, it feels like her dream of building a global movement is within reach.

Here are a few more people who have been deeply impacted by Patty’s book.