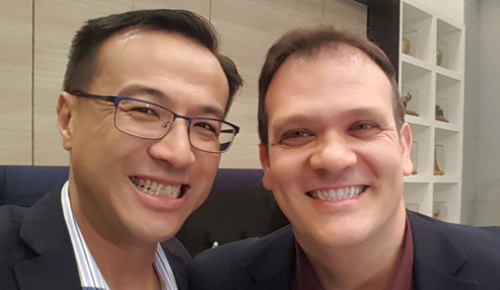 The duo, who have collaborated for over ten years, use their unique knowledge to study the trajectory of major world events to help companies understand how to plan for and succeed in the near future.

“We don’t consult a crystal ball or resort to fortune telling. In fact, what we do is more about changing the present than predicting the future.”

As a result of their research into megatrends, Esposito, an economics professor at Harvard University’s Division of Continuing Education, and Tse, a finance professor at the ESCP Europe Business School, created the DRIVE framework.

This framework helps people and clients like the United Nations Global Compact, the European Parliament, and major corporations throughout the world understand how demographic changes, resource scarcity, inequalities, volatility, and enterprising dynamics will impact the near future.

Mark and Terence knew their DRIVE framework could demystify megatrends, but they had no way to share it outside of academia.

Based on the demand from their existing corporate clients, they started doing public speaking engagements. Audiences were enthralled by their ideas, but Mark and Terence encountered the same problem every time they stepped off stage. 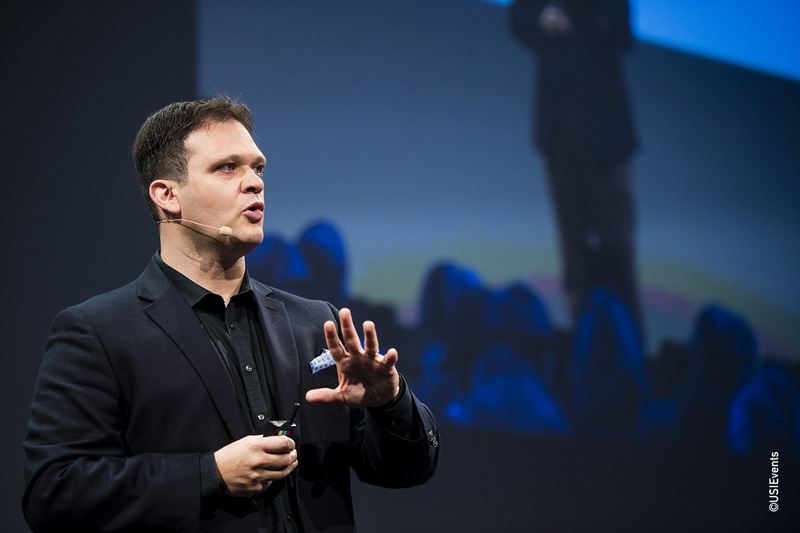 “People asked us to recommend a book on the subject matter so they could learn more. But we had to say, ‘No, we can’t recommend anything, because there’s nothing out there.’ It got to be pretty embarrassing. Especially because even though our corporate clients can afford our advice, most normal people can’t. We didn’t want our knowledge to only benefit the rich and powerful. We wanted to help everyone.”

Moreover, their bread and butter is teaching at universities, where “publish or die” is the ruling dictum. They needed a publication or they were guaranteed to fall behind their competition in academia.

“We realized we were the first to explore our unique knowledge frontier. Plus we had mentors telling us that all that matters in academia is book publications. But we couldn’t stop researching and learning; the moment we stopped, we were already way behind. It was quite a conundrum we were in.”

They knew they had to write a book, but being on different continents made it impossible.

They created a short outline, but never got further in their attempt to put the DRIVE framework on the page. They couldn’t coordinate a cup of coffee together, let alone an entire book.

Before long, frustrated and pulled in too many other directions, they scrapped the idea by convincing themselves that there’d be no interest in their project anyway.

That’s when their friend, bestselling author and former business school dean, John Beck intervened. John saw potential in their book, and insisted that they finish it.

John happened to know the co-founder of Scribe and convinced Mark and Terence that it was just what they needed: a service that would get their ideas out of their heads and into a professional book in a short timeframe, yet be entirely their work.

“We liked the idea of Scribe, but we couldn’t believe what they did was real. They’d remove the painful parts of writing a book? We thought, ‘I doubt it, but let’s just try this and see how it goes.’ We had nothing to lose at that point.”

Their team at Scribe helped them do what they thought was impossible: find the discipline to write their book.

Terence and Mark found the process smoother than they’d expected. The short timeframe, which worried them at first, forced them to get out of their own heads and work more efficiently. Parts of the process they weren’t initially comfortable with now turned into moments of delight.

“Reading the outline—seeing our ideas taken from our heads and put into text in our words—was incredibly emotional. Even choosing the cover art was a wonderful experience.”

However, Scribe’s guidance didn’t change fundamental reality: writing a book is a difficult endeavor no matter how you do it.

“Scribe is great, but it’s not a shortcut because it’s not ghostwriting. Our publishing team and editors helped us position our book, structure our ideas, and keep our voices fully intact throughout, which definitely lightened our load. But we still had to do the actual work of coming up with those ideas, then researching and citing and explaining them properly.”

The book opened up more opportunities than they imagined, or can realistically accommodate.

John Beck had convinced them that their book on megatrends was relevant to people, but they had no idea to how many and to what extent. The response since their book was published far surpassed their greatest hopes.

They’re now conducting five times more workshops and speeches than before the book. 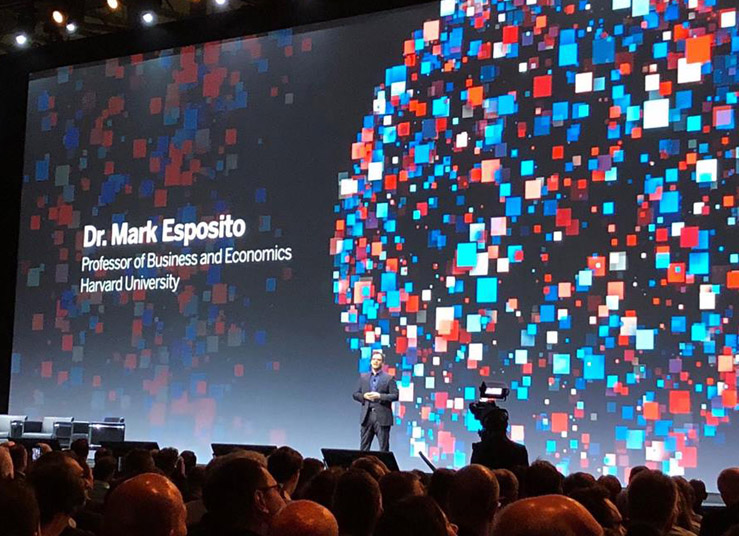 Mark and Terence also work with even bigger companies than they’d consulted before, such as the London Stock Exchange Group, Lloyd’s Bank, MOL Oil Group, Bank of America-Merrill Lynch, Ferrari World, and many, many more.

“We’ve been on the speaker and company consulting circuit for four years now, and we’ve never seen anything like this. We’re turning down huge amounts of potential work; we don’t have the time to serve everyone. If it’s not twelve months in advance, we can’t fit it in anymore.”

Even with the overwhelmingly positive response, they didn’t experience the full impact of their book’s success until the Asian leg of their world book tour.

At one of the first stops, in Thailand, they spoke to a sold-out theatre of more than 800 people. They’d given speeches to large audiences before, but never of that magnitude.

Their most satisfying moment came when they got offstage. Just like before, people asked them what books they could recommend about megatrends.

Now, after all of their hard work, Mark and Terence didn’t have to respond with a sheepish admittal that no such book existed. They could proudly look their fans in the eye and recommend a book called Understanding How the Future Unfolds. Their own book. 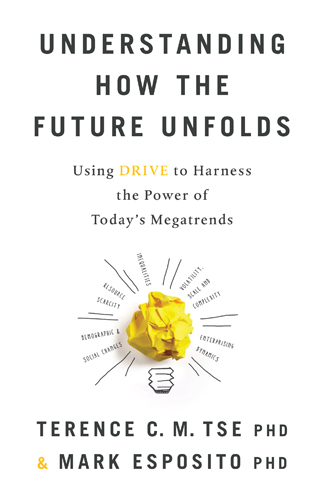 That moment—and the similar moments that have followed—represented the culmination of everything they’ve worked for: to be able to effectively and easily share their wisdom with the people who would benefit from it the most, and not just the wealthy corporations who could afford to pay their consulting fees.

The accolades and opportunities have kept coming.

This fall, the Central Bank of Ecuador will bring Mark and Terence to speak at their annual meeting. Thinkers50 named the DRIVE framework as a finalist for the Best Breakthrough Idea Award of 2017. Professional Manager Magazine named Mark and Terence two of the Top 18 New Voices in 2018. Talent Quarterly called the DRIVE framework one of the twenty-four trends that will transform management for years to come.

And Harvard University’s executive training program uses their book as the course textbook.

“Before all of this, our reach was limited. Now audiences around the world come to us for our expertise.”

Ultimately, the future casters aren’t exactly sure what their own futures hold. They know they like giving speeches, and they’ll never get sick of hearing from people who their work has influenced. But where do Mark and Terence see themselves in the years to come?

“Our first book has given us access to so much and helped so many real people. The only constant we know about our near future is that we will continue to write books to help share what we learn. How else could we have reached so many people who had no idea who we were a year ago, but now stop us in the street to say how much they love our work?”