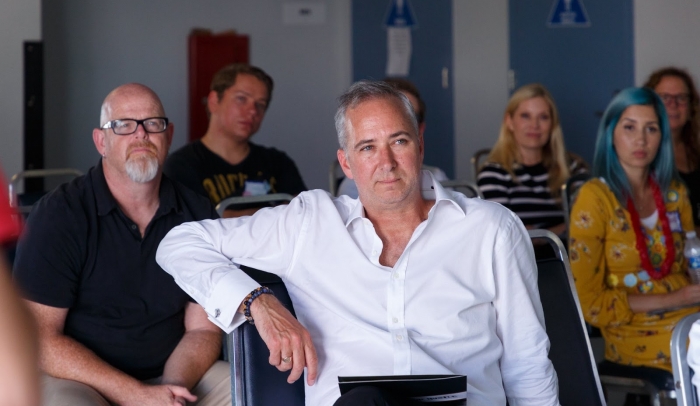 Growing up, Cameron Herold could not escape the feeling that he was dumb.

That’s not to say Cameron thought of himself as dumb, but in school, that messaging hit him every day. No matter how hard he studied, he was consistently a D student who never received the praise top students were given. In fact, he was told quite the opposite:

Your bad grades prove just how stupid you are.

School drained Cameron’s confidence all the way through college, but he always felt validated when he helped others succeed. One group he loved helping was entrepreneurs because their efforts reflected his own in school: they’d work hard, give 100% effort, and still fail.

“A lot of companies feel like culture is all the free stuff you give employees. That’s not it at all. Culture is built on alignment with a vision and getting all the right people into the organization so you can build a cult-like environment.”

The results speak for themselves—four of the companies Cameron coaches were named the top place to work in their country—but Cameron doesn’t do the work simply for the glory.

He does it because he knows the pain of feeling like you’re dumb, even though you know you’re not, and he doesn’t want entrepreneurs to feel that way about their culture. 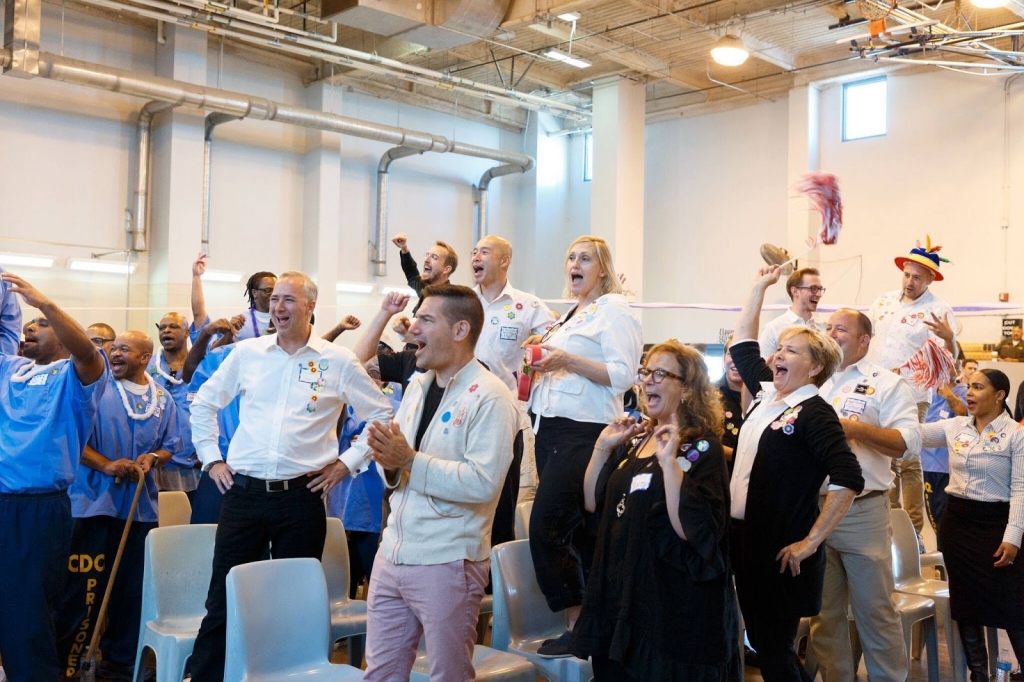 The inspiration for Cameron’s third and fourth books—Meetings Suck and Vivid Vision—came from the same place of wanting to help people who were suffering.

Meetings Suck originated from Cameron’s work with one of his clients, BlueGrace Logistics, whose employees were fed up with meetings they felt were pointless.

When CEO Bobby Harris brought this complaint to Cameron, he laughed.

“I told Bobby, it’s not that meetings suck. It’s that you guys suck at running meetings.”

Bobby was taken aback, but as Cameron asked him questions, Bobby came to see that the company’s leadership and its employees had never been trained on how to run or attend meetings. In fact, they had no idea which meetings they should have!

Cameron knew that a book could help not just BlueGrace employees get more out of their meetings, but also countless other organizations with the same problem.

With Vivid Vision, Cameron had an audacious goal to replace the mission statement with the vivid vision—a written description of the company that would allow frustrated founders to share their vision and create alignment with their customers, employees, and suppliers.

“Most entrepreneurs have an idea of their company in their mind, but they don’t share it with anybody. I wanted to help entrepreneurs get the idea in their head written down.”

In both cases, Cameron faced the same question: how do I turn these ideas into books?

Writing his first book was a torturous process.

While most people are excited to consider writing a book, Cameron was not. Cameron’s first book, Double Double, took 27 months to get published.

The process, by and large, was excruciating for Cameron. He was buried in work he didn’t enjoy and was frustrated by a process he didn’t understand.

With little time to sit down and write, Cameron would walk around his home dictating his book’s content, then send the audio files off to a transcriptionist in Sweden.

From there, he spent months going back and forth with his editor and beta readers.

As time went on, Cameron’s business started taking off, leaving him fewer hours to devote to the book. As his calendar filled up, his frustrations became more pronounced.

Some of his chapters were 30 pages. Others were two. He didn’t know how to do prepress for layout, who should copy edit his manuscript, or how to get the book listed on Amazon.

“I just had no idea what I was doing. It was all these details I didn’t care about, other than wanting them off my plate. I had six chapters done and knew the other 12 I wanted to include, but I could no longer find the time to record my thoughts.”

Cameron took a four-year break after Double Double was finished.

He knew there had to be an easier way to write his next two books.

Cameron trusted Scribe, but he still had doubts.

Cameron met Scribe cofounders Tucker Max and Zach Obront at Mastermind Talks, and as he learned about their process, he saw a solution he wished he’d had four years earlier.

By the end of the conference, Cameron had signed up to write three books with Scribe.

“It was a gut decision. I liked Tucker and Zach, I liked the model, and I knew what would happen after I wrote three books. I ran a quick ROI in my head and it was a no-brainer.”

Even though he was confident in the process, Cameron came in with concerns.

He was afraid the book wouldn’t be in his voice. As a prolific speaker who’d spoken hundreds of times all over the world, Cameron knew if someone who’d heard him speak picked up his book and it didn’t sound like him, the whole thing would be a total flop.

Cameron also worried that the quality wouldn’t be good, given the cost. For such a relatively inexpensive price, he couldn’t envision tight content, error-free copy, and beautiful book design.

That fear fed another one: his book wouldn’t be taken seriously.

“I thought the books might look like typical, self-published crap since I wasn’t using a traditional publisher like Penguin or Wiley. Would I be taken seriously with these books given that I was going with Scribe over a big New York publisher?”

Scribe helped Cameron get a book done on his schedule. 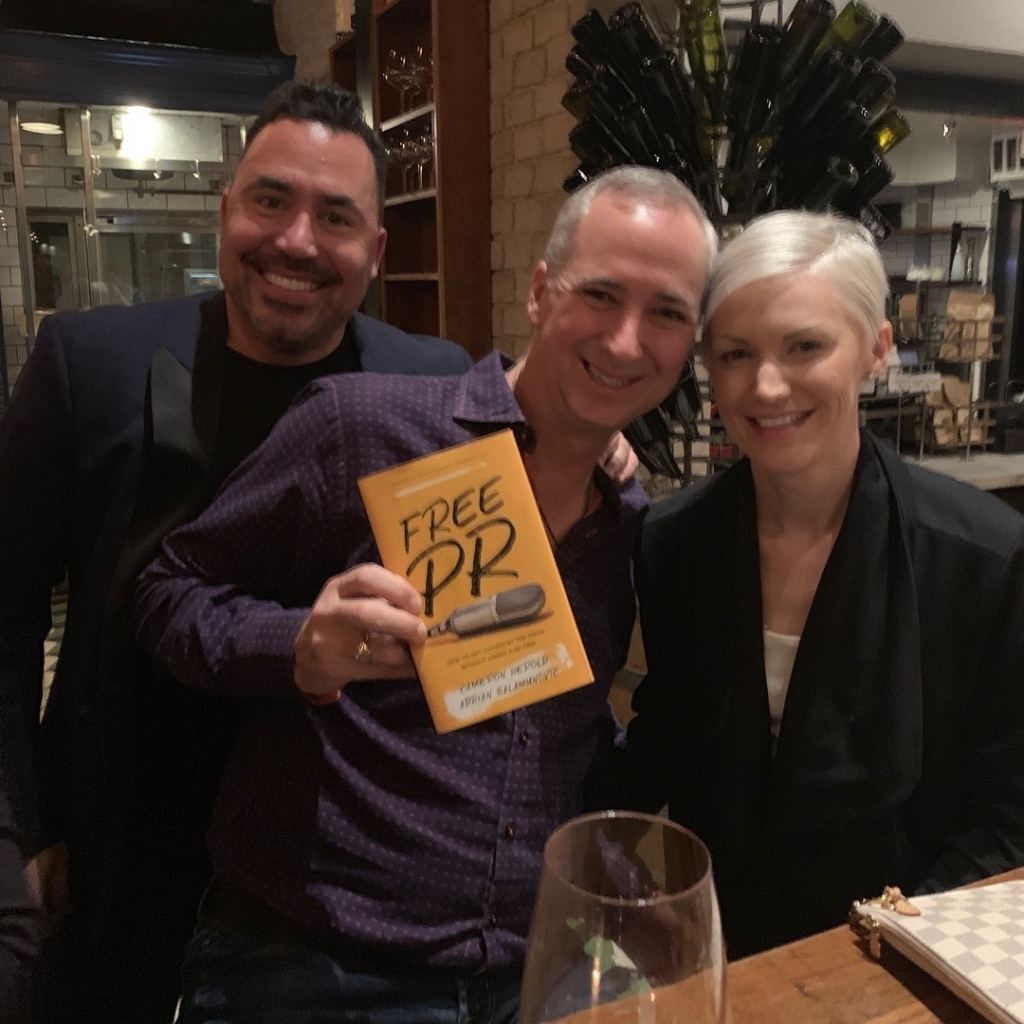 Right out the gate, Cameron loved that working with Scribe allowed him to get his content out of his head by speaking it—a process he was comfortable with after writing Double Double.

However, it was an early submission of Meetings Suck that resurfaced his old fears.

“I read it, and I was like, this is shit. It doesn’t sound like me. They’re using words I would never use. It was too cerebral for a simple guy like me. I went back to Scribe and said I needed that part of the book rewritten more in my voice. They said, no problem, we got it. The next version I read, it was like wow—this is literally me and my voice.”

After that early speed bump, Cameron found the process simple and intuitive. He appreciated the fact Scribe accommodated his busy schedule and turned work around quickly.

“I was going through a divorce and trying to raise my kids part-time. It was a struggle just to get up in the morning. I felt bad because I wasn’t mentally there during the process. Scribe recognized my struggle and offered to pause the project until I was ready to resume. They were in tune with me as a human being, which I didn’t anticipate.”

The revisions process, which Cameron grew to hate while writing his first two books, was still a struggle, but Scribe made it more manageable by breaking the process into chunks.

By the time Meetings Suck was finished, Cameron was amazed at how little time he’d devoted to creating a book he loved. Before Scribe, Double Double had been a 300-hour commitment.

All told, Meetings Suck took him no more than 20 hours from start to finish. 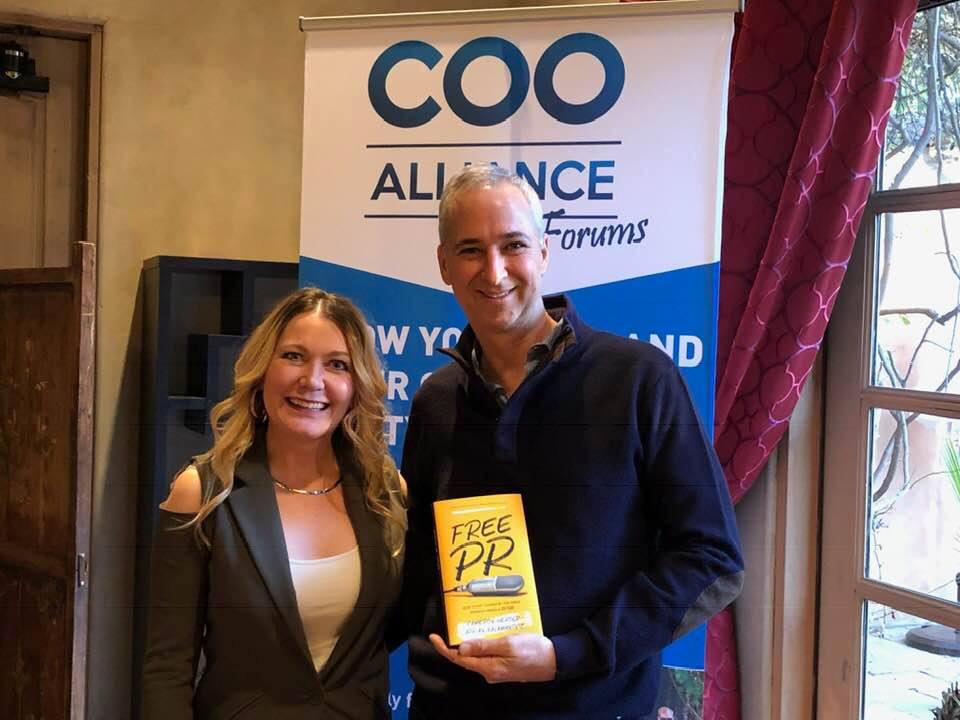 Cameron hoped Meetings Suck and Vivid Vision would allow him to increase his speaking fees, which had increased from $5,000 in 2010 to $15,000 after his first book came out.

After these books were published, that fee jumped to $30,000. Suddenly, speaker bureaus that had previously ignored Cameron were clamoring to represent him.

What Cameron didn’t expect was how these new books—including his next one, Free PR, which launched in January—would elevate his brand and establish him as a thought leader.

The books also gave Cameron newfound credibility with a group vital to his success: COOs.

As the founder of the COO Alliance, the only network of its kind in the world for companies’ second-in-command, Cameron is constantly interacting with COOs at events. Now, with two more books to hand them, his influence and esteem has reached new heights.

COOs routinely buy all of Cameron’s books for their employees, and it’s not uncommon for him to land new coaching clients after COO Alliance events.

Cameron also hands out copies of his book at speaking engagements, knowing the cost he incurs at the event will pay huge dividends in the form of future business.

Work is more enjoyable for people who read Cameron’s books. 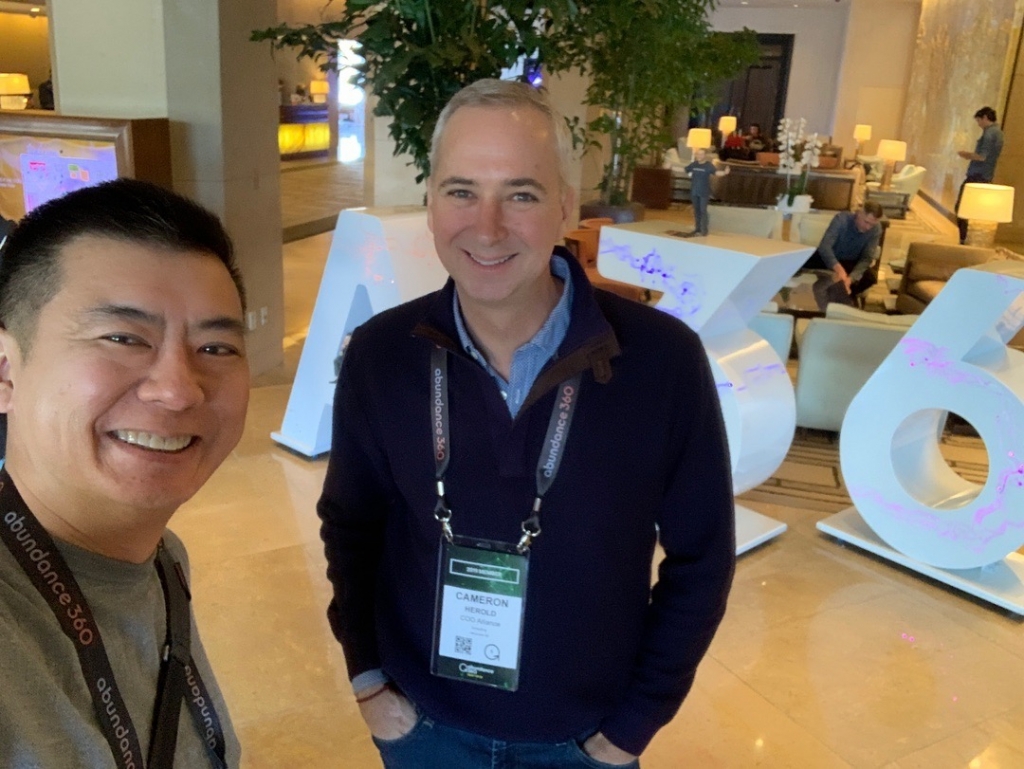 The financial impact on Cameron’s business has been tremendous, but what moves him the most is the impact his books have had on the lives of those he wants to help.

“I got an email from somebody I don’t know saying my book helped them take their company to 100-plus employees and $300 million in sales. I get emails like that all the time. I had someone at a conference pull me aside, point at my books, and say, ‘You have no idea how big of an impact these books are making on my business.’ It’s so cool because I can’t make that wide of an impact through one-on-one relationships.”

Free PR has empowered business owners to ditch overpriced PR firms and generate publicity all on their own. They’re landing spots on TV stations, magazine features, podcast interviews, and speaking engagements using Cameron’s book and the talent they have in-house.

Meetings Suck has made a massive impact on business leaders and employees. Cameron figures if an employee making $60,000 spends 12% of their day in meetings, their employer is paying $8,000 a year to send them to meetings where they’re ill-equipped to participate.

The book has changed that equation. Employees are no longer complaining about meetings because the CEO and other leaders have committed to fixing the problem.

The praise gives Cameron something he’s been seeking since his days in school: validation.

“To have people coming back to me at random going, ‘you’re really smart,’ or, ‘this really helped me,’ it’s feeding a big void that was there because of what I had to go through.”

Here are just a few examples of the feedback Cameron’s books have generated: