Cliff Lerner Turned His Business Failures into the Entrepreneurship Playbook 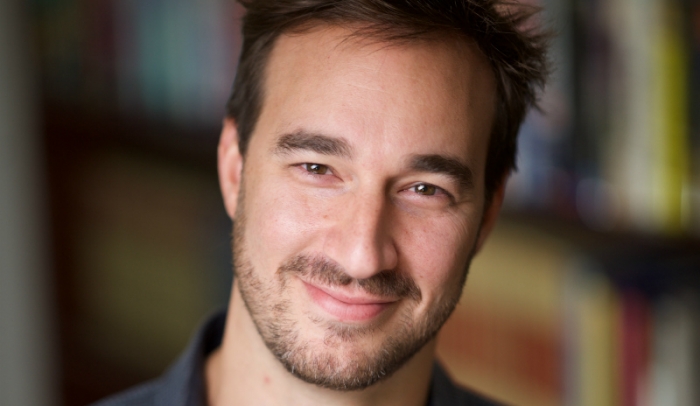 It was 2005, and Cliff Lerner had a revolutionary idea:

What if online dating actually worked?

At the time, modern online dating was in its early stages, and was a pretty awful user experience. If you were lucky, you’d exchange a few emails with someone, set up a date, then discover at the last minute that your date had flaked.

For busy professionals like Cliff, the process was a waste of precious time.

In response, Cliff founded SNAP Interactive, which created one of the first apps on Facebook, AreYouInterested. It had all the hallmark features we see on dating apps today—swiping, connecting via mutual friends, and showing mutual interests.

“I knew immediately that we’d created something special. After 40 days, we had a million users. One year later, we had 10 million users. We eventually reached 100 million users and we were the fastest growing dating app in the world.”

Suddenly, Cliff’s small start-up went from eight employees trading at a nickel a share, to 50 employees and being valued at nearly $200 million.

In the process of growing so fast, Cliff made a lot of mistakes. For example, he hired senior leaders who were incredibly talented, but didn’t fit SNAP’s underdog culture. He stopped pursuing innovative opportunities and became risk-averse, which led to fewer new app features. And he hampered the product development so that the features SNAP did roll out were mostly unsuccessful. 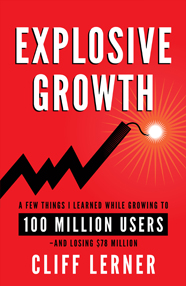 Perhaps worst of all, Cliff became so obsessed with growing revenues that he lost sight of why SNAP existed in the first place: to create a remarkable product that brought people together.

Then it got worse—Tinder came out.

“Tinder cracked the code. They created a dating app that felt more like a game than a dating app. Their buzz exploded, and ours plummeted.”

SNAP eventually developed its own swipe-based app—the Grade—but it was too late. With the company running out of cash and limited resources to focus on its new product, Cliff was left with few options. He had to merge with another company.

Cliff stepped down as CEO after the merger. In the end, SNAP’s stock had dropped a full 97% off its $4.50 high. The drop in price resulted in Cliff losing over $100 million.

Cliff wanted to help others avoid his mistakes in the only way he knew how: with a book.

From the moment he left SNAP, Cliff wanted to ensure his business-owner friends—and future entrepreneurs everywhere—would never make the same mistakes he did.

He decided to write a book full of valuable teaching lessons for business owners.

“I learned some painful management lessons in my decade-plus running SNAP. I had everything from advice on how to grow virally, to how to do content marketing and how to be innovative—all things I learned as a result of screwing up.”

Cliff was happy to share the teaching lessons, but he was afraid to tell the real stories behind his most important lessons: his failures.

As an entrepreneur between projects, Cliff still harbored a legitimate concern: by sharing his failures, he might tarnish his brand and preemptively sabotage his next project.

So he started writing a how-to book about business without the stories of how he mismanaged SNAP’s explosive growth.

Cliff enjoyed the writing process at first. He wrote down his teaching lessons as a series of tips for new entrepreneurs, which was a simple, straightforward process.

However, something about it didn’t feel authentic. Cliff could tell that the writing was dry and uninspiring. He wanted it to be a unique book based on his experiences. Instead, it felt like every other business book: dry, lifeless, and boring. 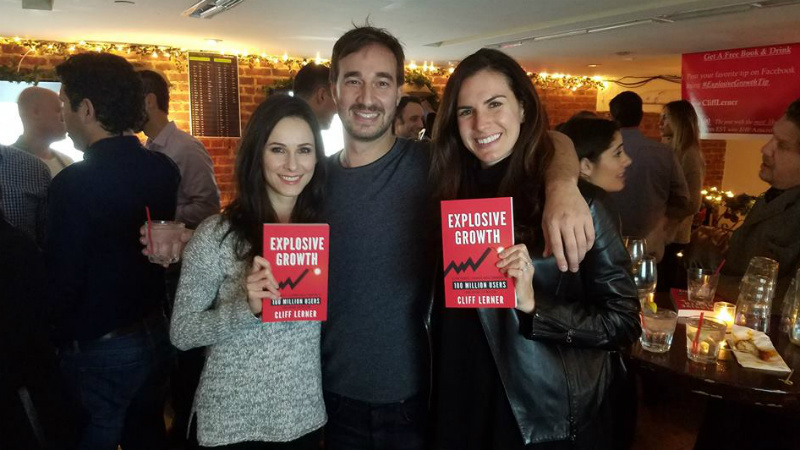 Cliff found a mentor who set him on the right path.

Although he couldn’t see it at the time, Cliff was missing the most important part of a great story—he needed outside help.

“Writing a book on your own is really hard. One of the lessons I learned in SNAP was that if you’re going to do something, do it right. I’m just not a professional writer, so I knew I couldn’t do this right on my own.”

While at an entrepreneurial mastermind, Cliff met Scribe co-founder Tucker Max. After Cliff told his story of the rise and fall of SNAP Interactive, Tucker convinced him that he shouldn’t be writing a how-to book. He said Cliff had an obligation to tell the whole story. Most importantly, he had to share his most painful failures. It was the only way to teach other entrepreneurs to avoid Cliff’s same mistakes.

“He reminded me that most business books are written by the best in the world saying how they succeeded. Not enough people write books detailing their failures and what they learned from them. I had a wealth of amazing stories that the world needed to hear, but I wasn’t putting them in my book.”

Despite the potential for embarrassment, Cliff committed to rewriting his book with a focus on his painful stories.

Cliff turned to Scribe to transform his teaching lessons into a fully formed book.

Scribe helped Cliff take his ideas out of his head and onto the page through a series of phone interviews.

Before each interview, Cliff dedicated significant time reviewing every single email he’d sent over the course of his decade running SNAP Interactive. He scoured his inbox to make sure only the best stories, teaching lessons, and details were in the book.

Then he had to go through another painful experience: reliving his failures on the phone.

“It was difficult detailing SNAP’s downfall, but Scribe made it easier than it would have been on my own. Overall, my expectations were exceeded at every point. When I got the first chapter back, I showed it to a friend. He said, ‘Wow, I want to read the rest of your stories, and I already know all of them.’”

Cliff finally finished his book, and he apprehensively put it out into the world.

Cliff’s book, Explosive Growth, launched to fantastic reviews, many of which applauded his vulnerability. Cliff’s readers said his book was unlike any business book they’d ever read; it was honest and authentic and raw, but also an instructive and entertaining story.

The book has also helped him build out his network, due in large part to his appearances on major media outlets such as Yahoo! Finance. 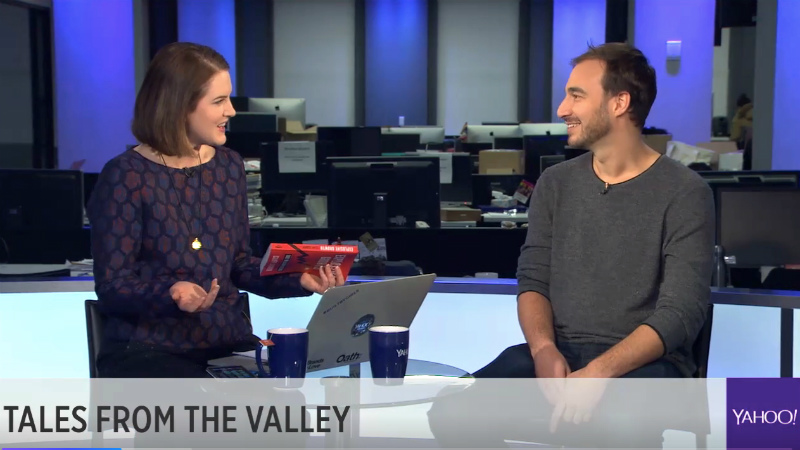 Both nonprofits and private companies—some led by billion-dollar brand-name entrepreneurs—have approached Cliff to join their boards, including Sweet Defeat, AllTheRooms, and Givz.

Cliff is receiving 10 LinkedIn messages a week asking him to be an advisor to companies or on their board of directors.

“Because of my book, I’ve been invited to multiple invite-only conferences and mastermind groups with other world-class entrepreneurs. They’re so secretive that I can’t even mention the names.”

It’s just an added bonus that Cliff has become a highly-sought-after thought leader in entrepreneurship. He’s more pleased that he has delighted and informed his readers.

Entrepreneurs across the world have read Cliff’s book and implemented its teaching lessons in their own companies. Most surprisingly, Cliff realized that Explosive Growth will serve as his own playbook for his next venture, whatever it may be.

“So much of the book-writing process has been counterintuitive. People love my stories of failure because they can learn from them, but those were the stories I was most afraid to tell. I just wanted to teach people how to be better entrepreneurs. I never expected one of those people to be me.”