How One Entrepreneur Shattered the Startup Culture’s Crippling Assumptions 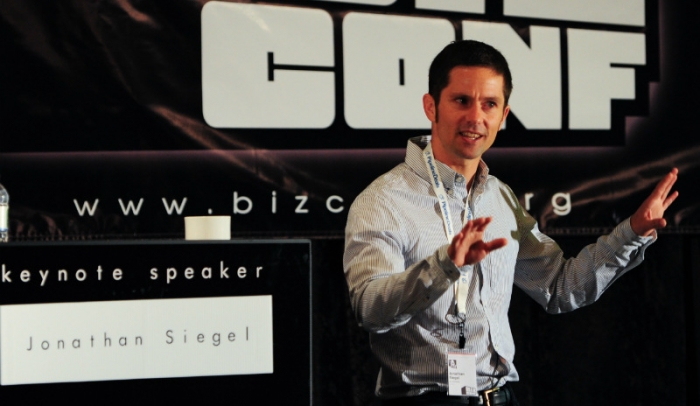 Jonathan Siegel has always seen the world differently than the people around him.

As a kid, he watched his father—a trained nuclear physicist—get laid off and end up working for minimum wage at the local Burger King.

“I learned that you can’t rely on the system. My father dedicated his entire life to critical thinking. He was a scientist, a trained skeptic. Yet, despite being a brilliant person, he didn’t use that brilliance to succeed in American society in the 1970s and ’80s.”

As he entered the workforce, Jonathan brought the same questioning attitude to his career. He found interesting problems to solve, looked at them in a new way, and created companies to fill the void left as a result of those problems.

By 2016, he’d built and sold multiple successful companies, including RightSignature (sold to Citrix) and Exceptional Cloud Services (sold to Rackspace). He’d also acquired dozens of smaller companies and helped turn them around through his fund, Xenon Ventures.

Despite his success, Jonathan was frustrated with a problem that everyone else seemed to be missing.

Although he loved many of the attributes of San Francisco’s culture, Jonathan was amazed at how blind most founders were to the negatives that came along with being immersed in the startup scene.

Of course, these negatives weren’t exclusive to San Francisco, but the city seemed to breed certain mindsets in founders that didn’t serve the goals of their companies or their customers. He saw founders obsessing over their tech while the rest of their business rotted, raising money unnecessarily, and assuming they needed to scale to be successful.

These obstructive characteristics of San Francisco’s startup culture drove Jonathan crazy. He met with entrepreneurs to mentor them, but instead spent entire meetings deprogramming their inhibiting beliefs and assumptions.

He knew this was a major problem plaguing the startup community, and like the other problems he encountered in his life, Jonathan became obsessed with solving it.

He decided the best way to share this message was through a book, so he got to work writing out his wisdom in what would eventually become The San Francisco Fallacy.

As he worked on the book, Jonathan still had one major worry: could he make the impact he wanted?

He knew, based on the founders he’d already helped, that his book’s message could improve more companies, but he wondered if he could reach the founders who needed it most.

He didn’t care about accolades or big sales numbers—he just wanted to ensure that the entrepreneurs who needed his book would discover it.

Through his conversations with multiple experts, Jonathan knew that there wasn’t a simple formula for book marketing—he couldn’t just flip a switch and reach his audience. Moreover, Jonathan received a multitude of conflicting advice about the value of publicity, social media, and content marketing. For Jonathan, all of these activities emphasized vanity over reach.

With every option he explored, he felt like he was getting just one piece of the puzzle. There wasn’t a good solution that brought all the various parts of a successful book launch together, and Jonathan feared slipping into the role of project manager in a world he knew nothing about.

Jonathan needed a team that could manage all aspects of his book launch holistically.

Rather than optimizing for media attention, content, or word of mouth, Jonathan saw these various pieces as smaller tools to support his one larger goal: spreading the ideas in his book.

As a result, he didn’t want to hire specialists in each area. He wanted to work with one partner who had a holistic view of book marketing that could bring the various pieces together.

With this in mind, he decided to hire Scribe Media to execute our Book Launch Package.

In the months leading up to the launch, we audited Jonathan’s platform and relationships, coordinated efforts with these influential professionals, designed his media kit, wrote articles, and researched journalists from outlets like Entrepreneur, Business Insider, and Forbes who had written about similar topics before.

Finally, Jonathan was ready to ensure his ideas got out to the world.

The launch succeeded in getting Jonathan’s message in front of hundreds of thousands of people in the startup community.

With a combination of content marketing, support from influencers, and promotion to Jonathan’s network, the book debuted as a Best Seller. Selling over 1,000 copies in his first week, Jonathan hit #1 in Startups on Amazon, surpassing top sellers in the category like Eric Ries and Peter Thiel. 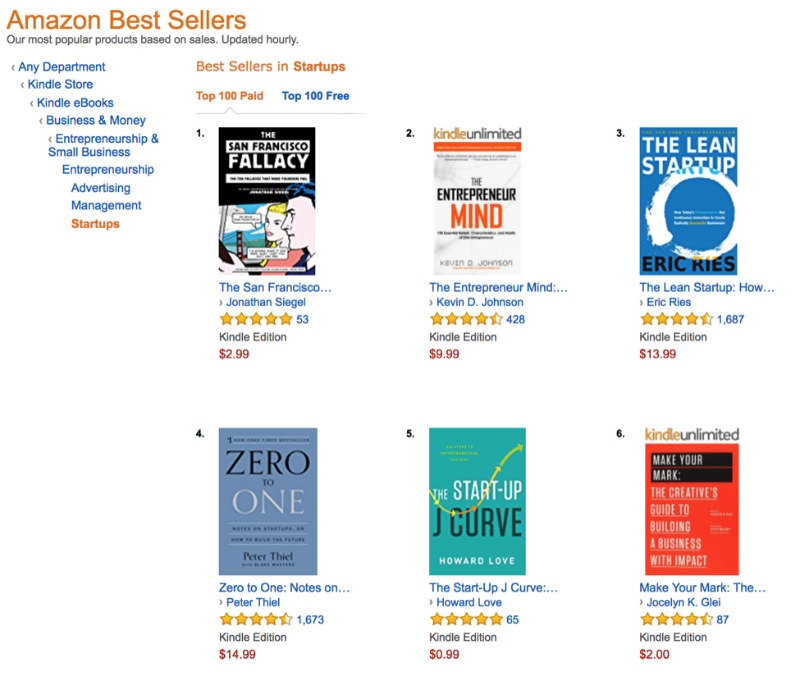 With his firm hold on the Best Seller list established, it was now time to focus our attention on the media. Reaching out to the influencers who had received advanced copies of the book, we placed excerpts in outlets like the AppCues blog, recorded podcast interviews on shows like Noah Kagan Presents, and set up email blasts with dozens of companies to help promote the book.

Dozens of articles and placements resulted from our ongoing one-on-one collaborations with these journalists, including features in Inc, Business Insider, and Startups.co—three publications that are incredibly popular with the startup founders in Jonathan’s target audience. 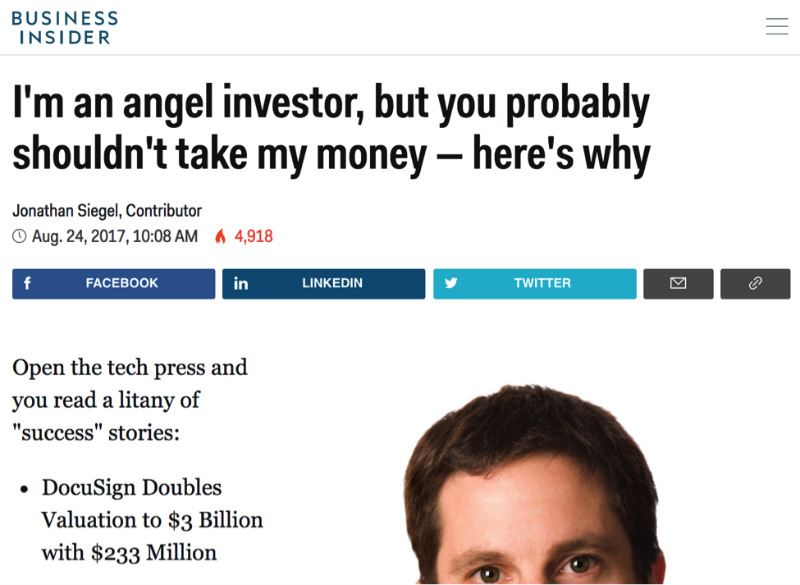 In the end, the media coverage from this campaign exceeded 200,000 pageviews, exposing a major portion of the startup community to Jonathan’s ideas, in turn helping them break away from the harmful assumptions of the San Francisco startup scene.

The book has changed the assumptions thousands of startup founders make about their lives and businesses.

Over the year following his book release, Jonathan observed a powerful effect: Even after you stop focusing on book marketing, the book’s message still carries on.

We stopped actively promoting Jonathan’s book in mid-2017, but the attention generated by the promotions and the book continue. The book continues to sell copies every day through word of mouth, and new influencers are always discovering the book, leading to media coverage and mentions on best book lists.

Most importantly for Jonathan, the perpetual attention means his message continues to spread. He put in the work to create a great book, but that was only half the battle.

He also put in the work to market it, and that made all the difference.

As a result, more and more founders are learning to think intentionally about their goals and break free from the dangerous assumptions of the startup culture that surrounds them.