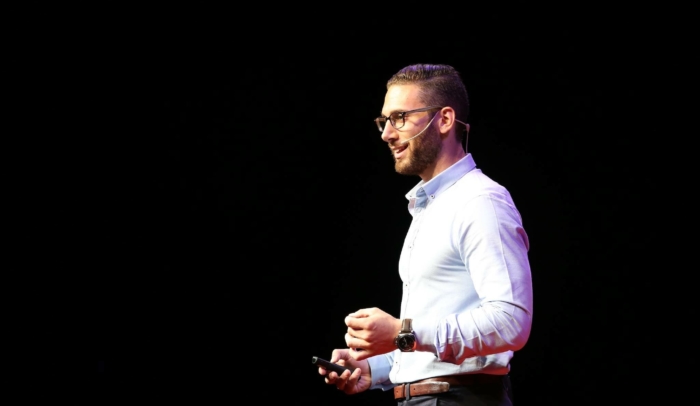 Jonathan Levi knows exactly how painful it is to grow up unhappy with who you are as a person. For years, he struggled because he didn’t love himself. And then, one day, he had an epiphany.

It wasn’t long before Jonathan had another ah-ha moment: no matter who you are or where you’re coming up short, you can learn your way out of every problem. Realizing every challenge he faced—from finding a romantic partner to healing his bad knees—was a problem he could learn how to solve was life-changing.

Before long, Jonathan was building the kind of life he had always dreamed about. But he wanted to do more: he wanted to share his discoveries with other people and show them that, with the right mindset and the right tools, they could solve every single one of their problems, too.

Helping people learn to learn became a passion. In an effort to reach as many people as possible, he built an online course teaching people the secrets of the world’s most elite learners. Jonathan poured himself into the project, because he knew if people could master those strategies, a whole new world of possibilities would open up for them.

Before long, his course blew up with people all around the world who were desperate to overcome their own weaknesses and create the best version of themselves possible. Learning how to learn was the answer they had been seeking, and they couldn’t get enough.

Jonathan wanted to share everything he knew about learning with his audience. 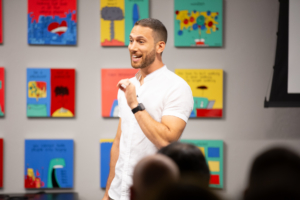 It was thrilling to show other people how to transform their lives. But eventually, after almost seven years of designing courses around how to learn, Jonathan realized he didn’t have anything more to add. It was time to close that chapter in his life and move on to other pursuits.

“My team and I came to the conclusion that in order to really put a bow on it, I needed to write a book that was my last word on the subject.”

It couldn’t be just any book, though. Jonathan wanted to write the guide on learning and memory. He was determined to create a fitting wrap-up to the topics he had devoted the last seven years of his life to teaching.

Jonathan and his team had also been talking about developing a free book funnel to drive more clients to their offerings, and they realized that this book was the perfect way to achieve that and deliver the kind of comprehensive value they envisioned.

The benefits didn’t end there. Being a published author would bring Jonathan massive credibility and recognition throughout his industry. Yes, he had dozens of courses and hundreds of thousands of students, but writing a book would set him apart and catapult him wherever he wanted to go next.

If he was going to take on such a big project, though, he was determined to do it right. He wanted something really high quality that would make people feel like they were getting value for their money. Otherwise, there wasn’t any point.

At first, Jonathan toyed with the idea of writing the book himself. But then, he attended a Genius Network event. Scribe’s co-founder, Tucker Max, was also in attendance. While there, he heard Tucker talk about how much nuance goes into writing a book well.

It made him pause, because he knew Tucker was right.

Jonathan talked it over with Tucker, who told him Scribe could help him get his book out into the world. But, he warned, if Jonathan decided to work with Scribe, he was going to have to trust their process. For Jonathan, that idea didn’t come easy. He’s an expert at writing content—courses, podcasts, blogs—so trusting someone else to choose exactly the right word, or express an idea in exactly the right way, is hard.

But Tucker had an answer for that, too: Scribe’s Guided Author package. Jonathan realized it was the perfect solution. He could write his book in his own way and in his own voice, fully confident that he had a team of experts standing behind him, ready to help him make the book the best it could be. He didn’t waste any time, signing up for the first workshop available.

Jonathan worried he wouldn’t be able to juggle running his business and writing a great book.

As the Guided Author workshop approached, Jonathan started to worry. He was incredibly busy running a seven-figure business. What if he couldn’t make time to write? Would Scribe tell him that, in order to write a top-quality book, he would need to spend hours every day plunking away at the computer?

His concerns didn’t end there. What if the free book funnel flopped? Would the book even be worth the time and money he was investing in it?

When he got to the workshop, Jonathan realized there was no reason to worry about the time commitment.

“They broke it down into writing just 250 words per day. Anyone can write 250 words a day, so I wasn’t worried—and I ended up writing closer to 2,500 words every day.”

Jonathan was impressed: Scribe’s process relieved his anxieties and inspired him to sit down and write, every single day. As a result, he finished his first complete draft in less than a month.

And then there was the workshop, which was an incredible experience. Jonathan immediately bonded with the other participants. They went out to dinner every night, and during the day, they reveled in the opportunity to learn from people who are experts in their craft.

It was one of the best workshops Jonathan ever attended and laid the foundation for the book he hoped would encapsulate everything he had worked so hard on for the past seven years.

Jonathan relied on his Scribe team to help him ace the editing process. 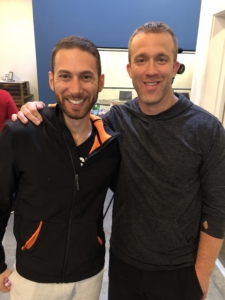 When he got home from the workshop, Jonathan was riding high. He flew through writing the first draft of his book. But then it was time to edit. Once again, anxiety struck.

“Editing is like taking your favorite newborn child and using a scalpel to cut off pieces of them. It’s painful, but Scribe held my hand through the whole process.”

When he felt himself struggling, he remembered the promise he had given Tucker: he would trust the process. And that’s exactly what he did.

He listened when his team explained how to find flowery language and get rid of it. He took notes on what a good Flesch-Kincaid score is and what tools he could use to help him trim the fat from his manuscript. Then, he applied what he learned to his draft.

All his hard work paid off. He didn’t get too many edits back from his team at Scribe, and the ones he did get were minor. Once again, Jonathan was impressed. His team had laid out very clear guidelines and expectations, and they made all the difference when it came to his writing.

Turns out, Tucker’s advice had been spot-on. He just needed to trust the process and follow the steps he was given. Bolstered by the success of writing—and editing—his manuscript, Jonathan’s fears around the success of the book started to disappear as well.

As his launch date approached, Jonathan was excited. The Only Skill That Matters exceeded his expectations in every way, and he couldn’t wait to share it with people all over the world. It soon became apparent they were just as eager to get their hands on it.

Before launch, Jonathan and his team set a goal of selling 10,000 copies. They crushed it.

They’ve sold hundreds of units on Audible, and their free book funnel has done over $85,000 in gross sales. All in all, the book has brought in over $175,000 in revenue, not including the sales the book drove of their premium course. That’s more than a 10X return on investment—which makes the fun Jonathan had along the way all the sweeter.

With the launch of the book, Jonathan hit another goal: he elevated his stature as an expert in the field. He was invited onto Dave Asprey’s The Human Upgrade podcast—a show he had been trying to get on for years without success. Ben Greenfield invited him on his podcast, too, as did Robb Wolf.

When invitations to come on podcasts like that started coming in, Jonathan had to pinch himself. These were the kinds of shows he had dreamed about doing for years. Finally, because of the book, he was getting his chance.

People of all ages are turning to Jonathan’s book to learn how to learn. 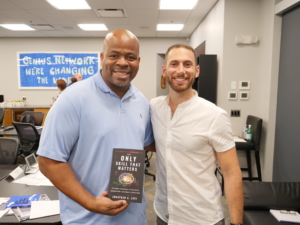 Jonathan couldn’t be happier with the business success the book brought. But ultimately, seeing the book’s impact on people brings him the most joy.

When Ben Greenfield told Jonathan The Only Skill That Matters is now required reading for his own young children, he was blown away.

“I was so honored that he read it and loved it. He’s exposed to so much biohacking and personal development stuff, so that was a big pat on the back.”

Ben isn’t the only person who was impacted by Jonathan’s book. People have told him repeatedly that the book is the perfect crash course in learning how to learn. On top of that, they tell him it gives them confidence in their own abilities to learn more effectively.

For a man who started this journey as a way to teach people those very skills, feedback like that is music to his ears. It validates all his hard work, but even more importantly, it reassures him his book is living up to his vision of it. Best of all, with a book like that under his belt, Jonathan knows he can confidently step forward into the next great adventure.

Here are a few more people whose lives were impacted by The Only Skill That Matters. 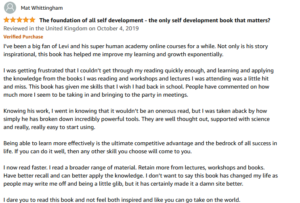