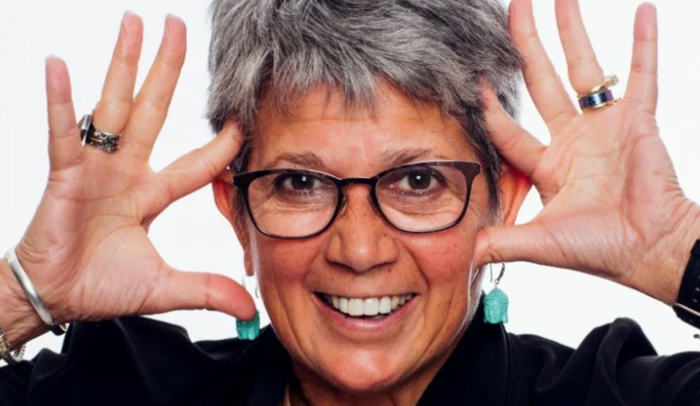 Patti Temple Rocks spent the first 40 years of her career working in marketing and communications. She loved helping her clients solve problems and grow their businesses, but what really fulfilled her was mentoring up-and-coming marketers and communication specialists.

Even when work was hectic and things were crazy, she always found time to share insights with people who were just starting out. When they were struggling with something, she was there to be a sounding board and help them think through their options.

Patti happily offered her time or expertise because she understood, all too well, the stress those young up-and-comers felt. She remembered feeling it too: laying awake at night worrying about how to help a client navigate a PR crisis, or trying to design the perfect marketing strategy.

And, she remembered the mentors who helped her ease that anxiety by teaching her the secrets of the craft. For her, her work was all about paying it forward.

“People helped me overcome my weaknesses and think through my options along the way, and I wanted to return the favor.”

Patti’s career was going strong—until she became the victim of ageism. 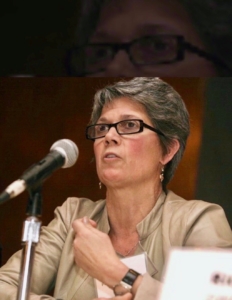 At almost 60 years old, Patti was at the top of her game. Her clients were happy with her, she was coaching bright young stars, she had 150 people under her, and the feedback she received about her performance was consistently high. But one day, she came in to work and her boss told her that he wanted her to take another job.

When he said that, the floor dropped out from under her. She was still going strong! How could they do that to her? For Patti, it felt like the world was crumbling underneath her.

To try and get her buy-in, her boss told her the new job was a promotion. Patti knew it was a completely non-essential role, though, so she turned it down. But after about a month, it became clear that, like it or not, Patti was being edged out in favor of younger people.

So, with no idea what she was going to do next, she resigned.

Being forced out of the job she loved—for no other reason than her age—was gut-wrenching. Patti wasn’t ready to move on, but seemingly overnight (and against her will), one of the most important parts of her life was ripped away.

To try and make sense of the ageism she experienced and find a way to cope, Patti wrote about what happened to her and posted it on her LinkedIn page. Almost immediately, thousands of people started contacting her to tell her they—or their friend, mother, or father—had been victims of ageism too.

“After seeing the reaction to that piece, I knew I had to start a movement and open the floodgates of conversation, and to do that, I had to write a book.”

Once she made the decision to write a book, something else occurred to her: she wasn’t ready to stop working. By writing a book, she could lay the foundation for a speaking and consulting business that would highlight and help solve the all-too-prevalent problem of ageism. At that point, there was no turning back: Patti knew a book was the key to an extraordinary second act. She just had to find a way to bring her vision to life.

Patti was on fire to get her book out as quickly as possible. 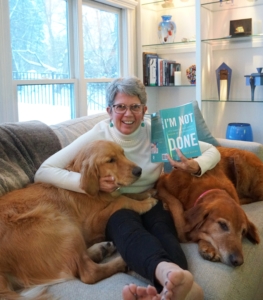 As a marketer, Patti had done a lot of writing. She was comfortable with the process, especially when it came to producing articles, press releases, and so on. But a book felt completely different. Figuring out where to start and how to speak about a subject as big as ageism was intimidating and overwhelming.

On top of that, Patti felt a real sense of urgency around writing and launching her book. While she knew she had a lot of years left to devote to a career, the fact remained that she was almost 60. If she was going to launch a new career, she didn’t want to waste a second.

“I needed coaching. I needed people who could help me sort through my ideas and, at the same time, validate that this was a worthwhile topic.”

Patti started to look around for a company that could help her bring her vision for her book to life, but she kept coming up short. The traditional publishing companies she found didn’t move fast enough, and the self-publishing companies didn’t provide the coaching and feedback she wanted.

Frustrated with her options, Patti kept searching for a company that would allow her to move at the pace she wanted, in the way she wanted, while at the same time giving her the support she needed when she needed it. It felt like a tall order, but she had no intention of writing a single word unless she found a company that met all her requirements.

While researching, Patti came across The Scribe Method. Intrigued, she bought a copy and dove in. Before too long, her copy was full of highlighted sections and notes in the margin.

It was clear to Patti that, if she followed their guidance, she’d be able to get her book written and published successfully. But something else was obvious, too:

Doing so would take even more time and effort than she initially realized.

“After I read the book, I knew it would be faster and easier to go with Scribe than try to do it on my own. Plus, it was clear they could move quickly and coach me when I needed it.”

Patti knew, then and there, that her search was over. The Scribe Method had shown her exactly what was involved in writing and launching a book, and she knew she didn’t want to spend the time doing it on her own. But it also led her to a company that was experienced in helping people fulfill their dreams of writing a book. She was ready to move forward.

It took Patti a while to find the right setup with Scribe.

Once Patti signed up, she started working with a scribe to produce her book. However, it wasn’t long before she realized the standard method of talking through her book with her scribe wasn’t the best route for her. It wasn’t how her brain worked.

“After a few months, I had an epiphany: I wanted to be the one doing the writing.”

Once she realized what she wanted and needed, Patti reached out to her team at Scribe and explained the situation. Her Scribe team listened to her and then came up with the perfect solution: they switched her to a Guided Author package. That allowed her to write her own book and only turn to them when she decided she needed help.

Her team made sure Patti knew they were there for her, whether that was in validating her concepts, helping her organize her thoughts, or editing her manuscript. They were instrumental in helping her overcome one of her biggest challenges: finding the right tone and making sure that her book demonstrated compassion without drifting into pity.

Her team also respected her sense of urgency. Once she switched to Guided Author, Patti’s book moved incredibly quickly. From helping her stay on her timeline to ensuring that everything about her book—from layout to editing to cover design—was perfect, her team proved they were just as committed to getting her message out into the world as she was.

Patti’s book established her as a thought leader and catapulted her into a new career. 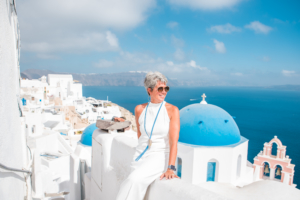 When Patti released I’m Not Done, she was excited. The book had come out exactly the way she had envisioned it. As a victim of ageism herself, Patti had taken the bold stance in her book that ageism was unacceptable, companies were at fault, and something needed to be done to fix it. Her book was a resounding call to action, and Patti couldn’t wait to see how people responded.

Turns out, the world was as ready to hear Patti’s message as she was to share it. She was invited to be on dozens of podcasts and her followers on LinkedIn more than quadrupled. Major media outlets, including The Wall Street Journal, CEO World, Forbes, and Next Avenue all featured her work. For Patti, that was exactly the kind of results she was hoping for.

“Being recognized by those kinds of outlets matters to me, because their audience are the people who can make a difference.”

Even more importantly, organizations around the world are bringing Patti in to speak about ageism and hiring her as a consultant to help them prevent ageism in their own ranks.

With all the opportunities the book has brought her, Patti has built a full-time speaking and consulting business. She wakes up every day excited, because she’s taken back control of her destiny and built a life and career doing what she loves while making the world a better place.

Patti reached across generations to fuel a movement to end ageism.

As exciting and fulfilling as it is to be recognized as a thought leader on the topic of ageism, for Patti, the ultimate success lies in seeing the impact her book has had on people around the world. After the book launched, messages started pouring in—through LinkedIn and email—that showed her exactly how impactful her book was.

“One person told me they felt like age discrimination was being marginalized. Reading my book helped them feel seen and heard…like they weren’t alone.”

Patti heard similar sentiments from hundreds of people. And, at the same time, she started hearing from young people who told her that her book opened their eyes to what was really going on. For the first time, they realized that if nothing changed, ageism would eventually impact them too. Patti’s book showed them that nobody was immune.

They offered their support for eliminating ageism in the workplace, and they told her they were committed to helping create a world where organizations treated all their people better.

For Patti, who spent so many years mentoring and coaching younger marketers and communication experts, these kinds of messages are especially poignant. They illustrate the power of her message and reassure her that she is helping to create a movement. She knows there’s a long way to go, but she also knows that books have a long shelf-life—and with that kind of momentum behind it, the movement to end ageism will eventually succeed.