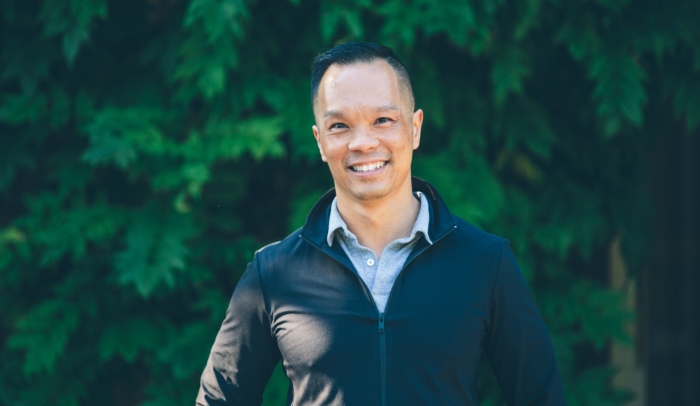 Quan Huynh knows what it’s like to have the odds stacked against you. After being in and out of prison from a young age, his future was bleak.

As a convicted felon, he knew it would be a battle to find a job. He knew reintegrating into society wouldn’t be easy. But if he wanted to break free from the vicious cycle he found himself in, he also knew he would have to find a way to do just that. The only question was how.

While serving a 15-year-to-life sentence, Quan learned about the nonprofit organization Defy Ventures. The nonprofit aims to help people with criminal histories transform their lives through entrepreneurship. Seeing a chance to turn things around, he joined Defy Ventures. Soon, he was looking at life differently.

“They taught me how to look for opportunities, where before I saw none.”

Even more importantly, they empowered him to start seizing those opportunities.

After he was released, Quan wanted to help others the way he had been helped. So, when an opportunity opened up to join Defy Ventures as senior program manager for their entrepreneurship programs, he jumped on it.

After spending the majority of his life behind bars, Quan knew the despair and hopelessness incarcerated people felt. He knew how bleak their futures could be. By joining the nonprofit, not only could he show them there was a different path, he could remind them that there was a reason for hope.

Quan wanted to share his message of hope with incarcerated people across the country. 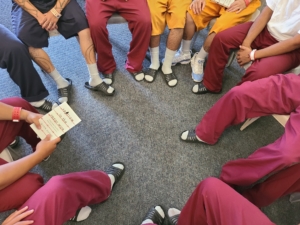 Quan didn’t stop there. Along with joining Defy Ventures, he started his own business.

Amazed at how he had turned his life around, a friend and fellow entrepreneur invited Quan to speak at an entrepreneurial event called One Last Talk. During his speech, he described his experiences in prison and the crimes that led to his incarceration. But that wasn’t all.

“I talked about what I call my Sparrow in the Razor Wire moment—the point where my transformation began—and the struggles I faced trying to follow my new path.”

Among the people who listened to Quan’s speech was Tucker Max (Scribe’s co-founder), who happened to also be speaking that day. After hearing Quan’s talk, Tucker invited him to dinner and asked him if he’d be interested in writing a book about his experiences. Tucker told him it was a way to scale his message to a much larger audience.

He had never considered writing a book about his life, but when Tucker started talking, Quan realized this was exactly the kind of opportunity that he’d learned to watch for.

Quan knew Tucker was right: writing a book was the perfect way to reach the people who were locked up in prisons that were outside of the areas Defy Ventures served. He could help far more people take the first steps on a journey to overcome adversity and live amazing lives.

He made his decision on the spot. He was going to write a book.

As soon as Quan tried to start writing, doubt set in.

At first, Quan was excited. He couldn’t wait to share his message of hope with other incarcerated people. But it wasn’t long before doubt set in.

“I had no idea who my target audience was. The more I thought about it, the more I started to doubt that anyone would care.”

Questions started racing through his mind. Where would he start? What would he say? Should his book be about his prison experiences, or should he focus on how to start a business after you get out of prison? Should it be a self-help book? How would he market it? Was there anyone out there who would buy anything he had written?

Everything had seemed so straightforward and easy when he first sat down with Tucker. But now that it was time to get started, he was paralyzed by doubt. He couldn’t write a single word.

Quan reached out to Tucker to see if he had any insight. Luckily, he did: fly to Austin to attend Scribe’s Guided Author workshop.

Soon after their conversation, Quan booked his flight. He knew that if he didn’t, he could kiss his dream of being a published author goodbye. And his dream of helping incarcerated people who were outside of the reach of Defy Ventures? He could forget about that, too.

During Scribe’s Guided Author workshop, Quan found the solution to his biggest problem.

When Quan walked into the workshop on the first day, he was nervous. He had no idea what to expect, and he still didn’t know if he had a great book inside him.

Tucker (who was leading the workshop) started things off by asking everyone to go around the room and introduce themselves. As Quan listened to the other aspiring authors in the room, his heart sank. He was in a room with executives, with people who led multimillion-dollar companies, and with people who knew how to scale a business from $10 million to $100 million or more.

And there he was… none of those things.

He started to think he had made a huge mistake. With each new introduction, he wanted to sink into the floor. He didn’t belong in that room.

He was so nervous when his turn finally came that he just blurted out his name and then told the whole room he had no idea what he was going to write.

After the introductions were finished, Tucker pulled him aside.

“He reminded me I could talk to incarcerated people in a way that nobody else in that room ever could. He helped me remember that I’ve helped people find freedom and a better life after they’re out.”

That conversation with Tucker changed everything. His confidence soared. Finally, he had the answers to the questions that had been plaguing him since he first decided to write a book. He knew who his book was for and what to focus on.

And, with Scribe’s help, he felt confident he could create something great.

Quan’s team—and his cohort—helped him create an amazing book.

After Quan got home from the workshop, he started writing. He wrote a minimum of 250 words per day, six days per week. He never missed a day, and before long, his book started to take shape.

As he wrote, though, he couldn’t shake one final shadow looming over him: how could he get his book into the hands of people in prison? It wasn’t like they could just pop onto Amazon and order a copy.

“It was a huge dilemma, but my team at Scribe reassured me we would come up with a solution when the time came.”

With his team’s help, Quan put the problem aside and dove back into creating the best book he could. He sent his draft to his editor at Scribe, who helped him find the weak points in his story and gently pushed him to develop those areas. Quan loved her feedback—she couldn’t have been more supportive, but at the same time, she challenged him to elevate his writing.

Quan found support beyond his Scribe team, too. The other authors in his cohort were always ready to share encouragement and advice. At the beginning, he leaned on them frequently to help him overcome challenges, but as he found his footing, he started offering support to other people who were struggling.

Going from feeling completely out of place to being able to help other aspiring authors was incredibly empowering. For Quan, it was validation that he was on the right path.

With Scribe’s help, Quan found a way to get his book into the hands of his target audience.

Quan’s book, Sparrow in the Razor Wire, was ready to launch. To get it into the hands of those who needed it most—prisoners—his team at Scribe set up a one-for-one donation program. For every book they sold in the first week, one book would be donated to someone who was incarcerated.

At the end of the first week, Quan was able to donate 1,326 books to prisons. And the momentum picked up from there. People who read his book started reaching out with offers to help him get the book into the hands of incarcerated people all over the country.

One woman told him she was so moved by Sparrow in the Razor Wire that she had planned a fundraiser. She wanted to raise enough money to buy 220 books (she picked 220 because Quan had been in prison a total of 22 years). She ended up raising enough money to buy 400 books, and then bought an additional 100 copies with her own money.

Quan decided to match her, which gave them a total of 1,000 books to donate. He reached out to the California Department of Corrections and Rehabilitation to see if they were interested. They connected him with the prison system’s head librarian, who asked him to send her a copy of the book to review.

Quan didn’t think he’d hear anything back from her. But about a month later, she emailed him with incredible news.

“She loved my book—said it was absolutely essential. Then, she gave me permission to distribute it to every single prison library in California.”

As exciting as it is for Quan to know his book is in dozens of prisons across the country, it’s the letters from currently and formerly incarcerated people that mean the most to him.

Take, for example, the letter he received from a 29-year-old man who has been incarcerated for 11 years. He told Quan the book helped him better understand how to handle his next parole board hearing. Even more importantly? Reading the book inspired him to keep focusing on transforming himself.

Then there was the letter a 45-year-old man who has been incarcerated for 20 years sent. He told Quan that his book was inspiring, uplifting, and informative.

Most of all, he wanted Quan to know that the book gave him hope. It proved to him that doing the hard and uncomfortable work will pay off. Because of Sparrow in the Wire, the man said, he will keep persisting until he succeeds.

“Hearing that I’ve given people hope is amazing. It proves to me that I’ve touched people’s hearts, which is exactly what I set out to do.”

Here are a few more examples of people whose hearts Quan has touched.