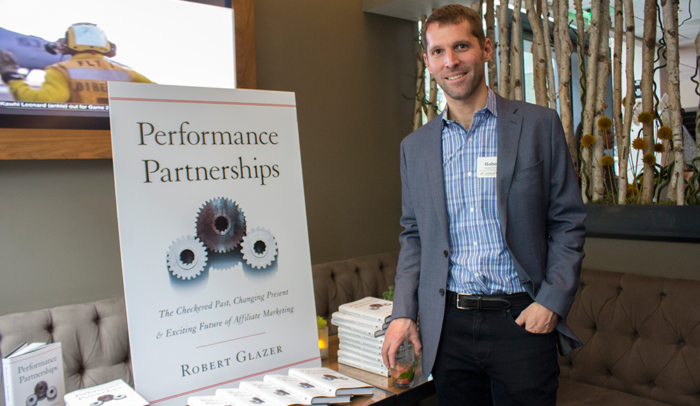 Robert Glazer is a pioneer in the performance marketing world.

As the Founder and Managing Director of Acceleration Partners, Robert and his team work with companies like Target, Adidas, Warby Parker, and Reebok to create and manage powerful affiliate programs that promote their brands and profitably acquire new customers.

“Marketing partners should do well when the company does well,” Robert said. “If done correctly, performance marketing is a win-win model that people could get excited about.”

But he had a challenge. Despite its win-win nature, performance marketing has a mixed reputation.

The performance marketing world used to be a hotbed for get-rich-quick schemes, and Robert knew that there was a bigger opportunity in this model than people realized, if he could just get the message out.

Because of the mixed reputation of performance marketing, the business model wasn’t taken seriously enough as a profitable customer-acquisition strategy by Fortune 500 executives.

Robert decided that a book was the best way to elevate the conversation to the VPs and C-Suites of the companies that could benefit most from performance marketing.

Robert knew he needed to address these challenges if he was going to assume a role of leadership within the industry and convince the companies that performance marketing should be a major part of most businesses.

“We felt like we could bring the whole industry up a level and make it a safer place for the CMOs and other executives to want to get involved.”

Robert created Performance Partnerships, the definitive book for his industry

As a busy business owner, Robert knew the message he wanted to share but struggled to find the time to make it happen. He couldn’t run a business, be a father, and write a book. Something had to give.

More importantly, Robert didn’t want to just write any book. He wanted something that captured his voice and unique take on the world.

He found Scribe, and realized that it solved both of his problems.

“Right away, the team helped me get the story out, get clarity on the message, and provide structure. Every person I’ve worked with has been better than the last. It’s clear that there’s an incredible high standard in the Scribe DNA.”

Working together with his team, Robert created Performance Partnerships.

The result was exactly what he had envisioned. For people inside and outside the performance marketing world, the book clearly defines the narrative for his industry, as well as a path to move forward. 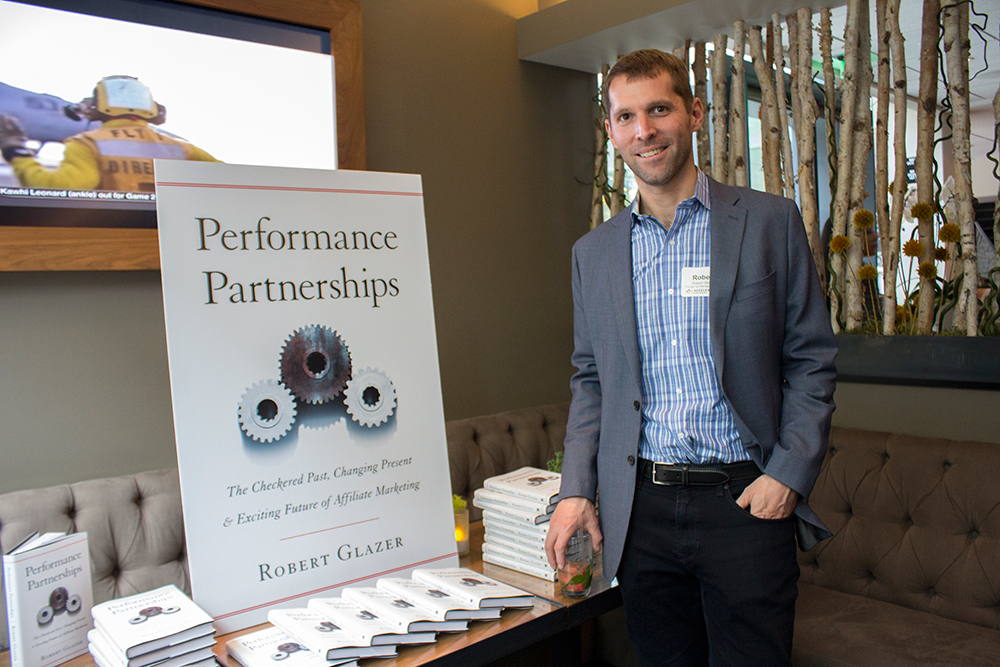 Right out of the gate, the book raised Robert’s profile within the industry

As Robert hoped, early readers gave him powerful, positive feedback on the book. His book was profiled in Entrepreneur (twice), Forbes, Marketing Insider, and several other influential marketing media sites.

Robert also did dozens of podcasts, including the Andreessen Horowitz podcast and Entrepreneur on Fire, and used his book to get booked as a keynote speaker at dozens of conferences (including the Fortune ScaleUp Summit), and has been featured on mainstream TV shows.

“A book is almost a prerequisite for the top tier of media and conferences,” he said. “If you look at some of these events, every single speaker has their book next to them.”

Opportunities began to roll in, in ways that he didn’t expect. He got his own columns in Forbes and Inc. He’d get referrals to speak to a potential client who had heard about him from a colleague, who heard him on a podcast…who asked him to come on because of the book.

“It’s hard to keep track of, but it all starts with the book,” Robert explained. “When I work backwards and calculate things, I can easily point to over a million dollars in economic value added through the book’s impact.”

More importantly, the book helped raise the standing of the industry as a whole

Before the book, Robert didn’t have trouble standing out as a key person in his field. His challenge was that media and conferences weren’t sure if performance marketing was a topic that their audiences would care about.

The reputation of the industry was holding him back from providing value.

The industry is looking to Performance Partnerships as their definitive text

One of the challenges that stems from the mixed reputation of the performance marketing industry is that people in the field had trouble explaining their work.

“So many people in this industry feel misunderstood. I’ve had several people tell me that they were going to give the book to their parents so they could finally understand what they did.”

Because it’s accessible, clear, and honest, Performance Partnerships is paving the way to help non-industry people learn about and appreciate performance marketing.

“That’s what I’m most proud of,” Robert said. “Most family or friends wouldn’t enjoy another marketing book in a field they don’t understand. But Performance Partnerships is a book worth reading. I’m constantly surprised how much people outside my industry have enjoyed it.”