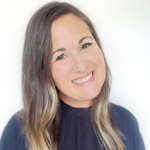 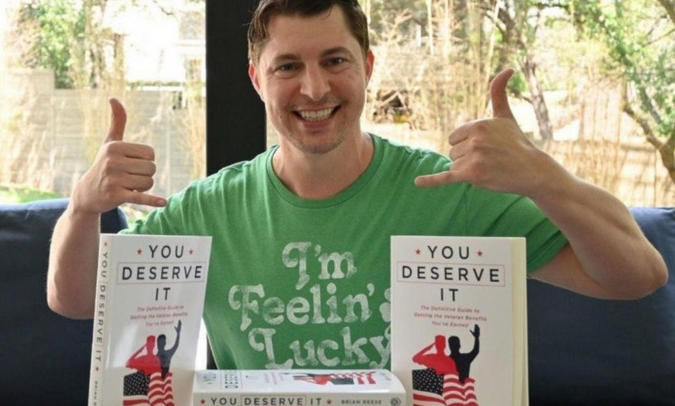 For Brian Reese, nothing is more important in life than being of service. As a member of the Air Force, he risked his life to defend his country. In 2012, faced with a variety of health conditions—some physical, some mental—he left the Air Force, but he wasn’t ready to let his disabilities stop him from serving. Determined to continue supporting his country, he joined the Department of the Air Force as a federal civil servant.

Around the same time, Brian filed a disability claim with the Department of Veterans Affairs. He was absolutely entitled to his claims: he had severe Bipolar Disorder, PTSD, depression, anxiety, and even thoughts of suicide.

Despite the multitude of physical and mental health challenges he faced, it took 13 months for his claim to go through. When it finally did, it was underrated—in other words, he didn’t get all the benefits he was entitled to. In fact, when all was said and done, Brian lost about $100,000 of tax-free compensation.

It was incredibly frustrating. He had lost out on benefits that, by rights, were his—rights he had earned when he put his life on the line. And yet, despite feeling like he’d been kicked in the gut, Brian’s focus once more turned to how he could be of service, this time to other veterans struggling to get the VA benefits they’d earned for their honorable service to our country.

“I have an advanced degree, so if the claims process was this convoluted and frustrating for me, I couldn’t imagine how difficult it was for other veterans. There had to be a way to simplify the process.”

Brian was determined to find a way to show veterans they weren’t alone, and that the country they had fought so hard to protect wasn’t turning its back on them. So, he founded VA Claims Insider, a company that helps veterans apply for and receive the VA disability benefits they deserve.

Brian was determined to create a comprehensive guide to federal and state veterans’ benefits. 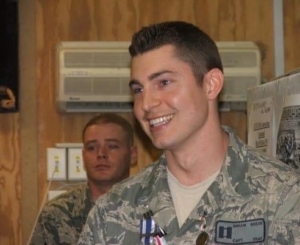 VA Claims Insider grew rapidly. Before long, it was serving 1,000–1,500 veterans each month through its various educational membership programs.

Brian was incredibly proud of the impact his company was making—proud of the fact that they were helping veterans all over the world navigate the complex, confusing world of federal and state VA disability benefits. Still, Brian knew he could do more, and he knew exactly how to do it.

There were thousands of resources online to help veterans, but nobody had ever packaged the very best of them into a single place. It was time to change that, and since nobody else had done so, Brian decided to step up to the plate and write a comprehensive, simple, straightforward guide to benefits and claims.

Once he came up with the idea, he couldn’t shake the thought that writing a book was one of the most important acts of service he could undertake.

“I was literally going, ‘You’ve worn the uniform of our country. Somebody should give this gift to you.’ That’s what the book was intended to be: my gift to veterans.”

That’s not all. With a well-written, easy-to-follow book, Brian knew he could position himself as an expert in his field. Ultimately, not only would that help elevate his business, it would also enable him to reach more people who could benefit from his message.

Brian needed to find an expert who could guide him through the writing and publishing process.

Eager to get started on his book, Brian sat down in front of his computer. He opened Microsoft Word and started listing out what chapters he wanted in his book. Once he did that, he started writing. Or, at least, he tried to.

He very quickly realized each chapter needed at least 20 to 30 pages. As if that wasn’t overwhelming enough, he also had no idea how to make sure his book had the right look and tone.

“It was clear this project was probably going to take a year, and it needed to be program managed by an expert.”

The longer Brian sat there, staring at an empty screen, the more discouraged he felt. Even if he somehow figured out how to write the book, he didn’t feel confident he could edit it, design a compelling cover, or get it published.

On top of all of that, Brian was busy. He was running an ever-expanding company, and he had a family with several young children. The amount of time it would take to get this project off the ground—assuming he even could—was time he simply didn’t have.

Brian was stuck. As exciting as the idea of writing a book was, it was beginning to seem like his dream was never going to become reality.

Brian knew Scribe could help him every step of the way.

Just when he was ready to give up, Brian remembered he had once looked into hiring a company called Book in a Box. At the time, he hadn’t been ready to write a book, but now, things had changed. He was ready; he just didn’t know how to make it happen. So, he decided to reach out to the company (which had been rebranded to Scribe) to see if they could help him.

Brian set up an author strategy call to talk through how Scribe could help him bring his dream to life. When he realized they could not only help him get his message into book form, but also help him edit it, design a cover, publish it, and market it, he was sold.

Excited, Brian signed up for The Scribe Professional Program. However, it wasn’t long before doubts began to set in.

“I’m a very pithy, to-the-point type of writer, and I was worried the book would come out like some type of academic research project.”

Along with worrying about whether the book would accurately reflect his voice, Brian also worried about how much time it would take. He didn’t want to rush the process and turn out something substandard, but he also didn’t want to wait years to hold the finished book in his hands.

Brian’s team quickly proved to him that he had made exactly the right choice. 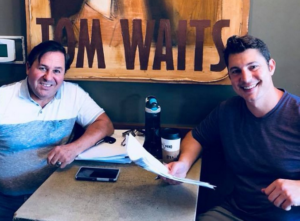 Brian’s Publishing Manager, Libby Allen, laid all of his fears to rest in their very first phone call. She gently but candidly walked him through the project’s entire timeline, and she reassured him they would be with him every step of the way.

Even more importantly, she made sure he understood that he would play an integral role in revising his manuscript and making sure it was in his voice. And, she told him she had picked a scribe she thought would be a perfect match for him.

“She made me feel very comfortable that I was going to be set up with the right scribe for me. And she was right: my scribe, Jane, was absolutely fantastic.”

That’s not to say there weren’t hard moments. At times, Brian struggled with deciding what not to include in the book. But Jane was always there, and with her help, he identified parts that didn’t quite make sense. Then, they worked together to revise those sections until they were perfect.

In the end, all their hard work was worth it. Holding the finished copy in his hands for the first time—flipping through the pages and knowing he had done what he set out to do—was magical.

Brian’s book has gotten into the hands of over 60,000 veterans (and counting).

When You Deserve It launched, Brian couldn’t have been more excited. After investing so much into the project, it was thrilling to release it into the world—and the world was unquestionably ready for it.

Brian and his team sold over 5,000 books in the first seven days, absolutely smashing their goal of selling 1,000 copies in the first week. The first two weeks after it was released, the book was in the top 100 sales worldwide on Amazon. That’s not all:

“The book was a #1 Amazon bestseller in 11 different categories, and it was the 43rd most purchased Kindle eBook in the world. The goal was to get it into as many veterans’ hands as possible, so hitting those numbers was really cool.”

To date, the book has sold over 10,000 copies. It’s exhilarating, but the achievement Brian is most proud of? He wrote this book as a gift to veterans around the world, and to date, he and his team have given away over 50,000 free PDF copies of the book. Brian dreamed of reaching tens of thousands of people with his book, and that dream has come true.

The book has also significantly impacted VA Claims Insider. It’s increased their domain authority by more than 12 points. The website is getting 20 percent more traffic than it was before the book launched, and they have seen a surge in the number of people signing up for their membership programs.

Brian’s book is teaching veterans how to get all the benefits they’re entitled to. 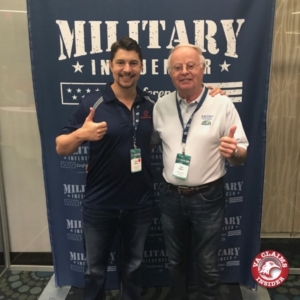 Brian’s joy at his book’s success is only exceeded by his joy at knowing how much his book is helping transform people’s lives. After all, for him, being of service to others is what this book—and indeed, his whole life—has always been about.

Veterans around the world continually reach out to Brian to tell him how much the practical advice he shares has helped them.

“One guy sent me an email and said that because of me, he was able to keep his home and provide for his little girl when he lost his job during COVID. Getting that message was the coolest thing ever.”

That veteran is far from the only one whose life has changed because of Brian. People message him frequently to tell him they had no idea how many veterans benefits were available to them. One person, for example, recently told him they followed the advice he laid out in the book, and their $100,000+ federal student loan debt was wiped clean in 30 days.

As often as Brian gets messages like these, they still give him chills. They are a validation that he is continuing to be of service to the people who have given so much to this country, and nothing is more fulfilling—or important—to him than that.

Here are a few more people whose lives have been changed by You Deserve It.