How Long Should a Book Be And Do Length & Word Count Matter? 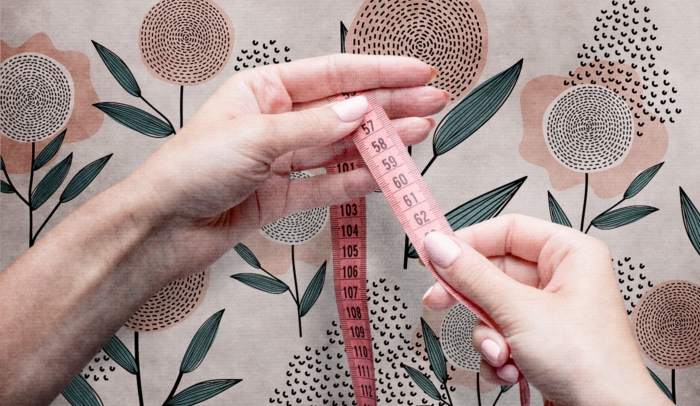 A lot has been written in recent years about the average readers’ shrinking attention span.

We all know that the non-stop news cycle and round-the-clock social media have sped up our consumption habits. But do these same habits translate to books?

We decided to find out.

What was our methodology?

We gathered a list of every New York Times #1 Non-Fiction Bestseller for the past 7 years and analyzed how the average length has evolved.

The answer was clear: our collective cultural ADD is impacting our reading habits.

Since 2011, the average length of a bestseller has dropped steadily from year to year. 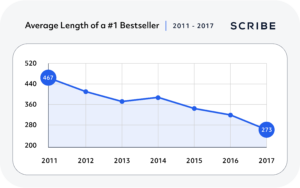 The average #1 bestselling book length has fallen by 42% in just 7 years.

And this doesn’t seem to be an anomaly. The drop comes as part of a larger downward trend:

This isn’t to say that long books are no longer succeeding. In 2016’s list, Ron Chernow’s 816-page Alexander Hamilton managed to crack the top spot.

However, the drop in the overall average length of bestsellers over the last 7 years points to a marked trend in the overall preferences of the average reader. 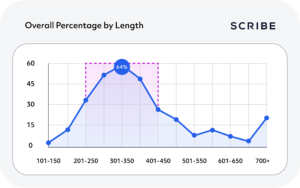 #1 Bestsellers Have A Wide Range, But A Narrow Average

Since the New York Times Non-Fiction Bestseller List began in 2000, books of all sizes have claimed the top spot.

The shortest book to hit the #1 spot was Harry Frankfurt’s 80-page On Bullshit.

The longest? Robert Caro’s 1232-page tome, Master of the Senate.

Looking at this, a hopeful author might believe that length plays no role in the likelihood of a book becoming a bestseller. But while books of all sizes have cracked the list at one point or another, the vast majority of #1 bestsellers fall into a much smaller range. 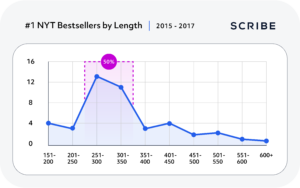 Shockingly, the 450+ page length that held the average book length just 7 short years ago, now makes up just 13% of the books in the top spot.

How to explain this dramatic shift, and whether the trend will continue, remains to be seen.