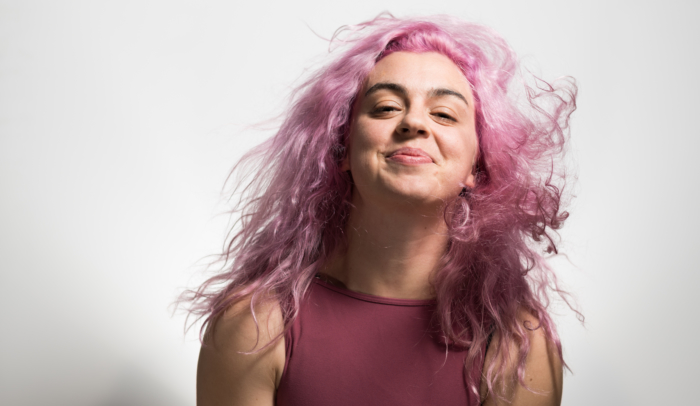 When the world looks at Iona Holloway, they see a healthy, dynamic, and successful woman. But that’s not always how she saw herself. For a long time, Iona was suffering. She felt like a fraud, even though on the outside, her life looked polished and perfect.

Iona, who was the creative director at a web agency, woke up one day and realized something had to change. She was a ghost woman: hiding in plain sight, unable to show vulnerability or ask for help. But, because she was functioning at an incredibly high level, everyone around her assumed she was fine.

As she began the work to heal herself, she realized her pain wasn’t unique: women from all walks of life experienced it too. She knew she had to help other women struggling with the same pain. The only problem was, she had never run a coaching business. She didn’t have a single client. She didn’t even have an email list.

“I wanted to break the wall and offer a place where strong women like me felt seen and understood. I needed a launchpad to help me focus and tailor the coaching I wanted to offer to help and support those strong, invisibly struggling women.”

Iona saw an opportunity to connect with other ghost women. 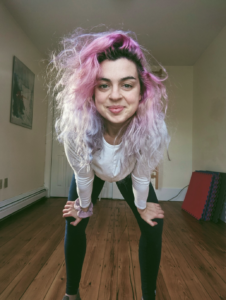 For years, Iona had dreamed of writing a book. But she’d never had the energy or creativity to commit to writing. Even more than that, she was paralyzed by the fear that whatever she wrote wouldn’t be “perfect.”

Now, as she continued to focus on healing herself, she was recapturing her creativity and letting go of her need for perfection. Finally, it felt like publishing a book was within her grasp.

The benefits of doing so were huge, especially professionally. Writing a book would help Iona identify her offerings, build her brand, establish her credibility, and reach other women who needed her help.

She didn’t fool herself, though: it would take a lot of bravery and commitment. It would mean being vulnerable. But once she unhooked from her suffering and pain, being vulnerable wasn’t so terrifying. The fear that had been stifling her was replaced with the determination to put herself out there so she could help other women and build a viable coaching business.

“I had an opportunity to tell a story that doesn’t get spoken about in a way that was very compelling and vulnerable. Plus, I wanted to build a foundation for the work I hoped to do with women like me. A book was an economical way of spreading my message, and it was also a way to find my ideal clients.”

Iona refused to cut any corners with her book.

In December 2019, Iona was ready to write her book. She Googled her options and found a company that said it could help her. It was significantly more affordable than the other options available, so she put a deposit down.

And then, she happened to glance down at the email signature of the person she’d been working with at the company—and she saw he had written his title as “Publising Manager” instead of “Publishing Manager.”

It was a small mistake, but it spoke volumes about their attention to detail, their professionalism, and the kind of finished product she could expect if she worked with them.

“I immediately emailed the company to ask for my deposit back. They said no, but it didn’t matter. I walked away because I realized at that moment that publishing my book with them was like using the 7/11, convenience store option. And I wanted the best for my book.”

Personally and professionally, this book meant everything to Iona.

Iona was back at square one, but then she remembered one of her old college friends worked at a book publishing company. She explained the situation, and her friend (who worked at Scribe) suggested she get on a call with Rikki Jump, Head of Author Strategy at Scribe.

After talking with Rikki, she realized the Guided Author package was exactly what she needed. She owed it to herself, and the people she wanted to help, to take the plunge.

It was terrifying, though. It was a lot of money to invest in a business and a dream that hadn’t even launched yet. And because she had no clients, she had to pay for it out of her personal savings.

“I attended Scribe’s workshop, and I felt like the biggest fraud in the world. But at the same time, every experience I had leading up to the workshop—calls with Rikki, reading the case studies on Scribe’s site—helped shrink my fears. It was a huge amount of money, but I knew it was worth it.”

Iona was taking a leap of faith, but it was backed up by her own determination to do whatever it took to reach her goals. And she wasn’t alone: she knew Scribe had a proven process to help people write their book and get it in front of an audience who would resonate with it.

By working through Scribe’s process, Iona was able to identify her ideal clients. 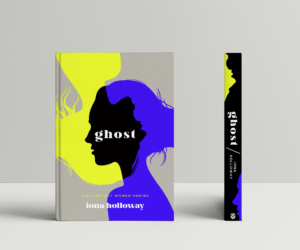 It wasn’t long before Iona realized that investing in and writing the book was part of her own healing journey. She had always struggled with accepting help because it felt weak. It wasn’t always easy to allow others to support her, particularly in something so deeply personal as her book. But, it ended up being the best decision she could have made.

“I expected the actual writing and publishing process to be really hard, but honestly, it was much easier than I thought it would be. They gave me hands-on guidance every step of the way, and I just followed the process.”

That’s not to say there weren’t some hard moments. Coming up with the first outline at the workshop took a lot of work. Diving deep into that vulnerable, raw, authentic place was difficult. And submitting the first draft for editing was one of the hardest parts of the process.

But through it all, Scribe was there to support her. Her team and the authors she met at the workshop provided moral and emotional support any time she needed it. They gave practical advice too: how much to write each day, how to make writing a habit, and even how to work through writer’s block.

As she worked through the process, an amazing book began to take shape. And, she pinned down exactly who her ideal clients were and what her core messaging was. For someone launching a new business, building this solid foundation was crucial.

The book changed Iona’s life more quickly and profoundly than she ever expected. 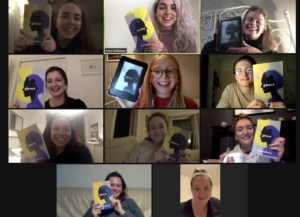 When Iona first attended the Guided Author workshop, she knew she wanted to create a coaching business, but she didn’t have a lot of clarity around that vision.

Just over a year later, Iona’s book, Ghost, launched. And less than a year after that, as a direct result of the book, her coaching business was completely full. Women read it and then came to Iona for one-on-one and group coaching. Her “Blacklight Method” helps them build on the foundations of vulnerability, creativity, and breathwork laid by Ghost.

Because of Ghost, Iona has been on numerous podcasts. She was given a contributor position on entrepreneur.com, and she’s been asked to write articles for women-specific brands such as Thinx. Most importantly, she went from zero clients to fully replacing the income she was making as a creative director.

“In a very real way, Ghost has given me access to people and spaces I would never have been able to access otherwise.”

The book hasn’t just had a huge impact on her coaching business. It’s also sold incredibly well. Iona followed the guidance of her Scribe marketing team, who helped get her in front of women who needed to hear her message. It paid off: within three months, it had sold more than 1,000 copies, beating the sales goal Iona and her team at Scribe had set for the entire first year.

Iona’s book resonated with women trapped in the same pain she had felt. 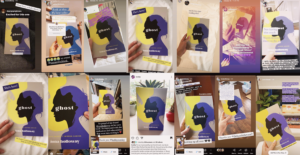 The impact of Ghost on Iona’s business lasted long past launch week and extended far past just the number of copies sold or coaching slots filled: women from all backgrounds were reaching out to Iona to thank her for putting their experience into words.

“I remember an email I got from a woman who had just read my book. She said that, until she read Ghost, she hadn’t had the words to wrap around what her own experience was. And she thanked me for speaking in words that actually felt human and real.”

She’s not the only one. Another woman told Iona Ghost gave her permission to feel everything she had been hiding in an attempt to appear strong. Yet another woman reached out to say that before reading Ghost, she felt isolated and alone. The book showed her how she could move forward through her pain.

To Iona, those kinds of messages mean everything. No matter how many she receives—and at this point, she’s received more than she can count—they remain a powerful testament to the importance of her message and her work.

Ghost has ticked all the boxes for Iona, both personally and professionally. And, because she was willing to put herself out there and do the work, she’s built a solid foundation she can leverage well into the future—and it’s helping her connect with the women who need her help the most.

Here are some examples of what women are saying about Ghost: 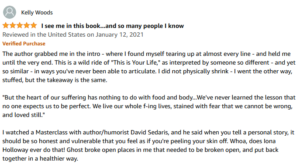