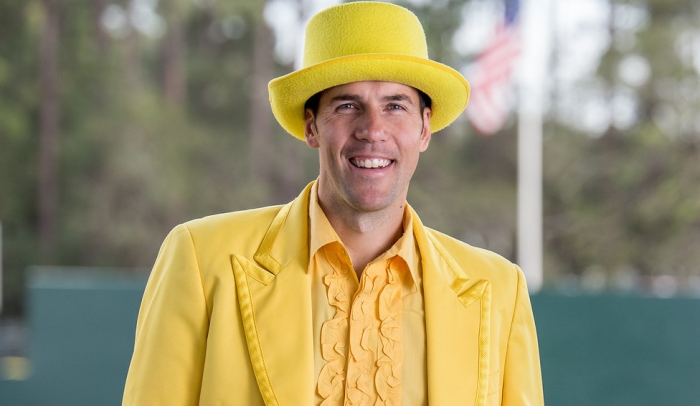 He had his eye on a struggling minor-league baseball team in Savannah, Georgia. The team had barely any fans, and their games were littered with empty seats. To top it off, no ball club ever had success in Savannah.

The team hardly seemed like a desirable asset. But Jesse saw an opportunity.

From the air mattress of a one-bedroom apartment, Jesse maxed out his credit cards and drained his savings to purchase the struggling team in Savannah. He renamed them the Savannah Bananas, which became the first professional baseball team named after a fruit.

Jesse set out to create what he called “the world’s largest baseball circus.”

It worked. The Savannah Bananas quickly became a roaring success.

Jesse built a successful business by engaging his community.

When Jesse bought the struggling baseball team in Savannah, he made one thing clear to everyone:

He wasn’t in the baseball business. He was in the entertainment business.

Right away, Jesse became a showman. He started wearing a yellow tuxedo to the ballpark, and people predictably started calling him the “yellow tux guy.”

“To see 4,000 fans come to the ballpark, come together, have fun, dance, sing and then leave smiling…we’re doing something no one else is doing. No other team has dancing players and breakdancing base coaches and senior citizen dance teams…there’s nothing like it.”

In 2017, the Savannah Bananas sold out every game, which was a feat no summer minor league team had ever achieved. MSNBC, CNN, and ESPN all covered the team. This kind of popularity led to even more national recognition. In fact, Jesse has sold out the upcoming season and has a waitlist for tickets for in the thousands. 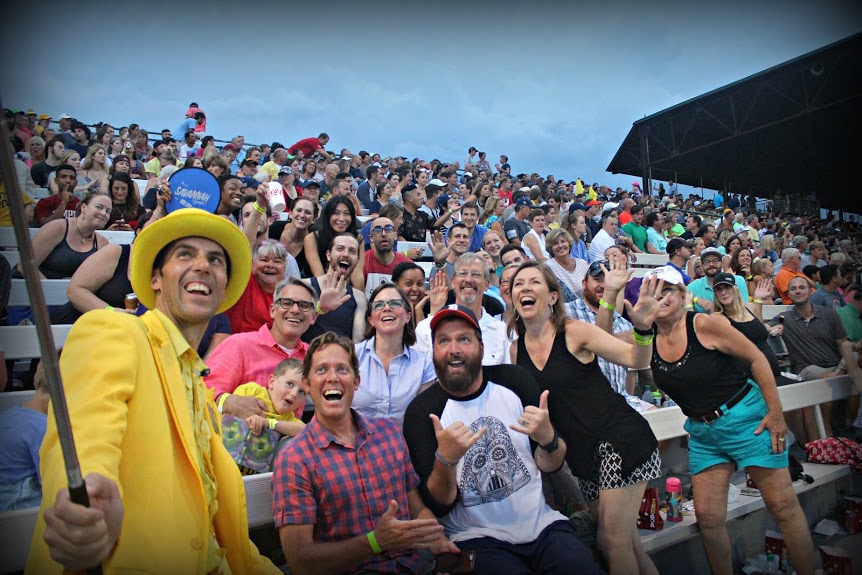 Jesse knew he had valuable knowledge to share with people.

Once the Savannah Bananas took off, people started asking Jesse to write a book to share his secrets with other people.

The idea first came to him in 2015. Jesse was asked to speak in New Jersey for a group of accountants. Being from the opposite world of sports and entertainment, Jesse wasn’t expecting to win over the crowd. But at the end of his speech, the accountants gave him a standing ovation.

Afterwards, a few people came up to him and told him how much of an impact the speech had on them, and asked if he had a book.

Jesse continued to do free speaking opportunities, and he kept getting great responses from all different kinds of audiences, and saw people implementing his tactics and techniques, and the impact it had on their lives.


Jesse started to think: maybe there’s something here. Jesse felt he could help others learn how to become the best version of themselves and make a positive contribution to the world.

The idea of writing a book stuck with Jesse for years, but there was one big problem: he wasn’t a writer.

“The reality is, I know what I’m good at. I’m this crazy showman and the yellow tuxedo that puts on a show for 4,000 fans. But I’m not a writer. It’s very hard for me to capture my real voice on paper, to capture the energy and enthusiasm that’s there in person. If I had to sit down and write a book, it either wouldn’t happen, or it would be awful. I needed a different way to share my story and get my voice on paper.”

Jesse found Scribe, but wasn’t sure if it was worth the investment.

Jesse knew he wanted help with his book, and Scribe seemed to offer exactly what he needed. But the cost gave him pause.

“I’d gone to high-ticket conferences, but hadn’t done anything like spending $36,000 on a book. That’s a huge expenditure, no matter what type of business you’re in. That was my biggest fear: is it worth it?”

At first, Jesse tried to calculate the potential ROI of working with Scribe. He started by trying to figure out how many books he would need to sell in order to recoup the cost, and though he realized he could probably sell that many copies, he realized something: book sales were not his main goal.

Jesse’s real motivations were to use the book as a platform to showcase his company’s vision, dreams, and culture. He also wanted more speaking opportunities and media attention to help further those goals, and further solidify the brand he was already cultivating. He realized that by looking at the total ROI of the book, in terms of new opportunities, media, and speaking fees, it was a clearly good investment.

“It was the biggest investment I’ve ever made in myself, and it was scary at first. But I knew the biggest regrets people have at the end of their lives are the things they didn’t do, and I didn’t want to have that regret. I wanted to put this book out into the world.” 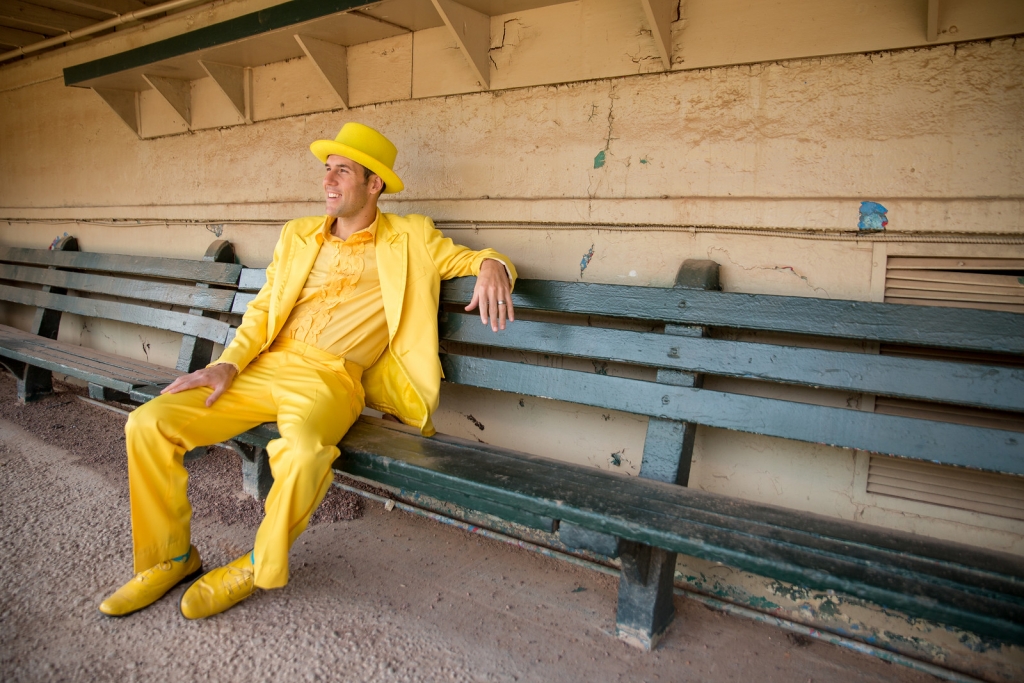 Before working with Scribe, Jesse had attempted to write dozens of blog posts and speech outlines, but he’d never had a framework to tie it all together.

“Writing a book can be an extremely lonely process. You’re putting yourself out there, and you’re extremely vulnerable. You don’t know if it’s going to be successful—when your book comes out, will people accept it? But what made Scribe’s process so amazing is that there’s a team with you every step of the way encouraging you, supporting you, helping you make the book better. And most important—they will tell you when you are off track and make sure you get back on it.”

Scribe helped Jesse articulate what was meaningful to him and see how that message could be shared with the world.

“My favorite part of the process was working with my editor. The process of sharing what you believe in so strongly, your vision, your mission, who you are—it’s an unbelievably vulnerable process. But sharing it in a way with someone who is so behind you is one of the most therapeutic experiences I’ve ever had in my life. After every call with my editor, I felt like I wanted to take on the world.”

Some parts of the process were difficult, especially the revisions process.

Even with Scribe’s help, the book was still a lot of work. The most challenging part for Jesse was the revisions process. After getting the first draft of his manuscript, Jesse was on cloud nine. The idea that this would become a book finally became real.

But when it came time for revisions, Jesse struggled with overworking his manuscript.

He wanted to keep adding to it, but knew he couldn’t add every idea and story that came to mind. He felt like some parts could be cut, but didn’t know what to cut. At a certain point, he was so immersed in the manuscript that it became hard to tell what mattered and what didn’t.


Ultimately, Jesse used Scribe’s guidance to help him cross the finish line and share the story he wanted to share with the world.


“When I released my book on January 9th, 2018—I’ll never forget that day—I felt like I had a lot of people in my corner. Every step of the way I had amazing people behind me, who saw the vision and helped me share it. If you want to do something great, you need a team behind you that helps you get it right. And that’s what I was able to have at Scribe.” 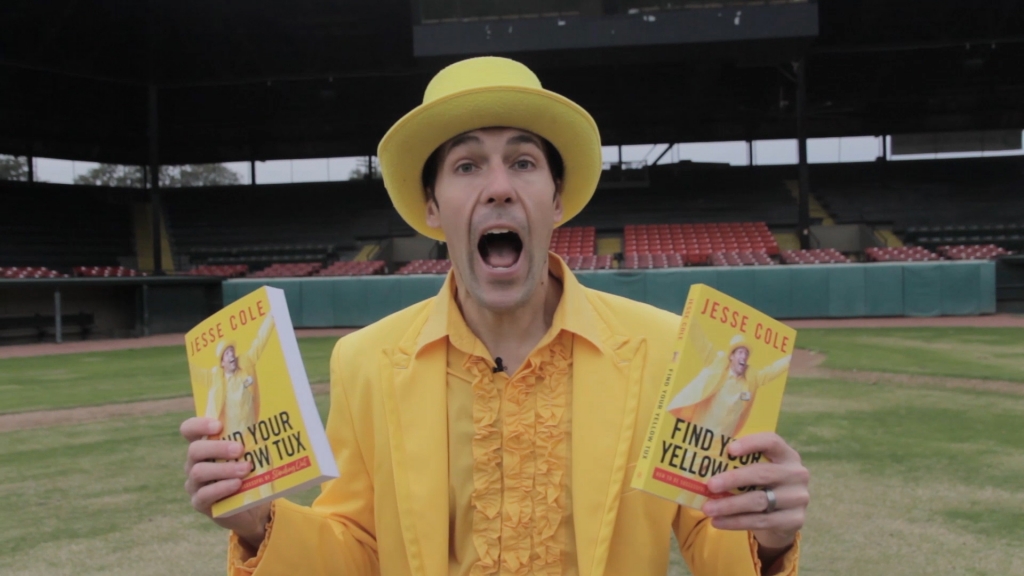 Publishing his book led to a 500% increase in paid speaking opportunities.

Before publishing his book, Jesse would speak for free anywhere and everywhere. For ten years, he hustled to get on any stage that would have him.

“Since the book’s come out, I’ve gotten 20 paid speaking opportunities at higher fees than I ever expected. I’m now in a position where I can decline speeches if it’s not a group that I feel like I can make an impact on.”

Jesse was invited to be the keynote speaker at a major customer service event. He’s spoken at corporations, hospitals, churches, and hotel groups. He once gave three separate speaking appearances in one day.

Jesse was also recently paid to speak at a steel company. The company bought books for their entire team and set up a reading curriculum to go through every chapter during weekly meetings. The founder of the company kept emailing Jesse every week about their team’s experience with the book and what they learned to make their company better.

“I’m fortunate that I’m getting one or two speaking requests every single week, even months after the book was released. It just makes me feel amazing in the sense that not just, wow, I’m getting paid to speak, but I know the book made enough of an impact that people want to bring me in, speak to their employees, or speak at a conference. It’s an unbelievably rewarding feeling.”

The founder of MarketScale, a business media company, bought books for his team and told Jesse he wanted to make a film about the Savannah Bananas, which resulted in a three-part video series.

The book also has been a valuable recruiting tool. One of the top cruise directors at a Norwegian cruise line read the book and what Jesse was doing, and left his company to become Jesse’s Director of Fun. He saw the opportunity that Jesse was creating, and wanted to be a part of it. He even took a big pay cut to come to work with Jesse.

“The book’s been out eight, nine months, and I’m hearing more requests and getting more opportunities every week. And so I’ve been blown away, and it just makes me feel more purpose every day because I know that my message and my story is making an impact with others.” 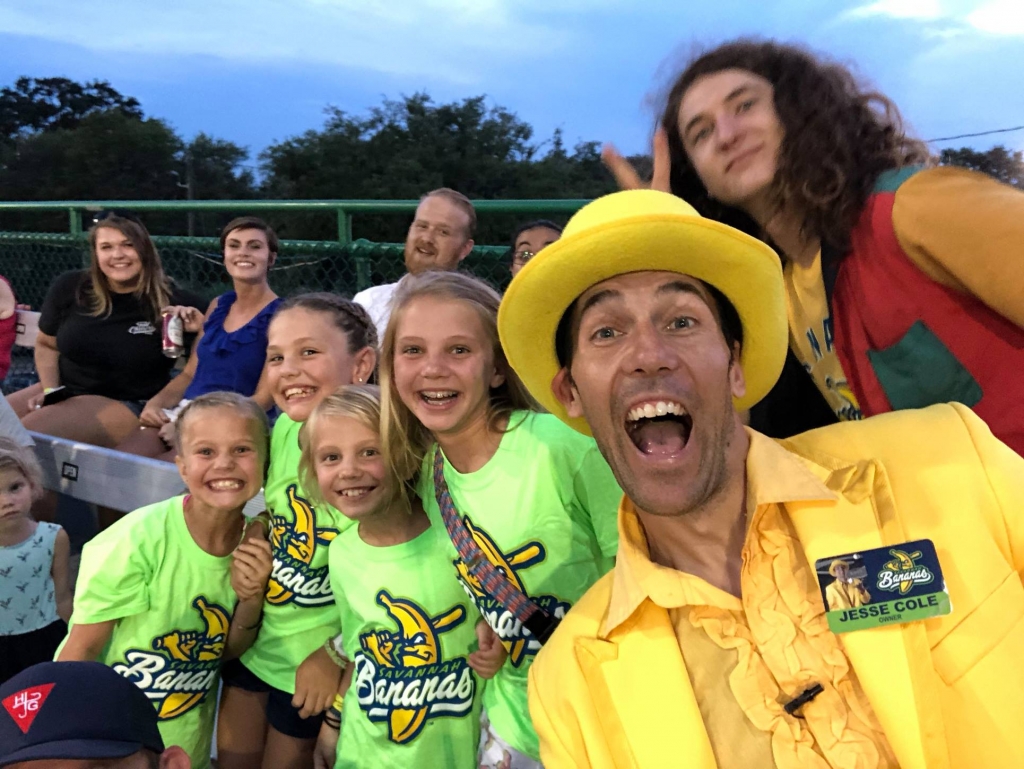 The most common piece of feedback Jesse hears from readers is: “I wish I read this when I was younger.”

When writing the book, Jesse thought its message was going to resonate most strongly with young entrepreneurs.

But soon after the book came out, it became clear that the book also strongly resonated with completely different demographics: retired people, senior citizens, kids, teenagers, people from around the world.

Jesse began getting messages from seniors that said:

“I wish I’d read this book when I was younger. It’s had a huge impact on me, and now I’m telling my kids and grandkids about this.” 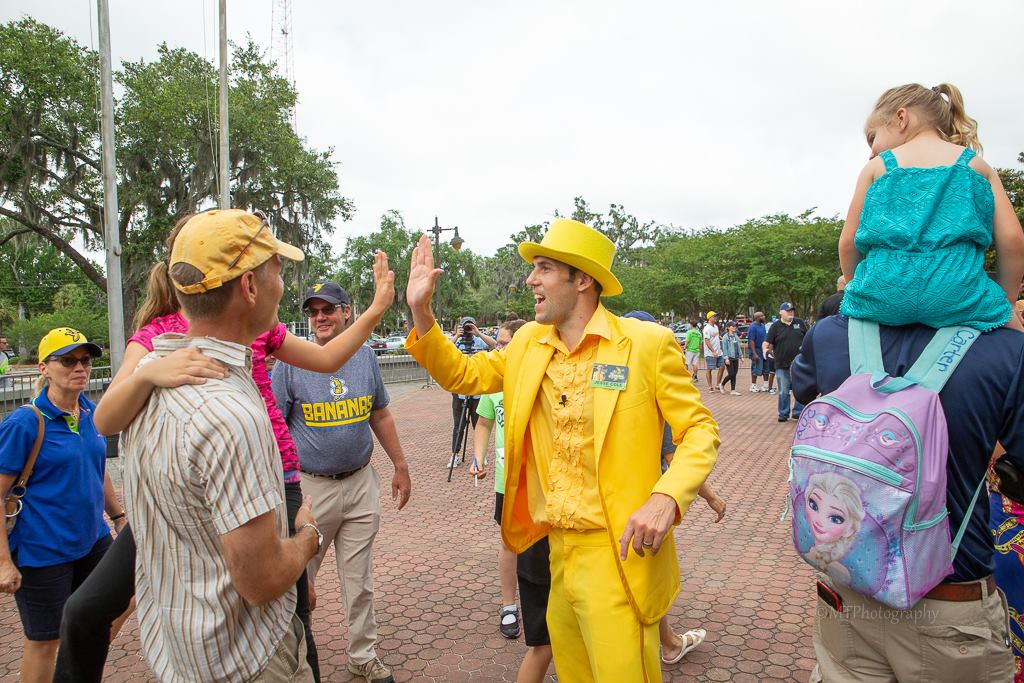 At the ballpark, people would stick around after the game as if they didn’t want to leave. Right away they’d share the impact that Jesse and the Savannah Bananas had made in their lives.

“They stay with us, they hug us, they want to take pictures, they’re just living in the moment. They say, ‘You have no idea how much you’ve brought my family together.’ I’ve had grown men hug me and say, ‘I haven’t talked to my mother in years, but she came to a game and had so much fun, and now we come to the game every night and sit together. You helped bring my relationship with my mother back together.”