How to Deal with Negative Book Reviews 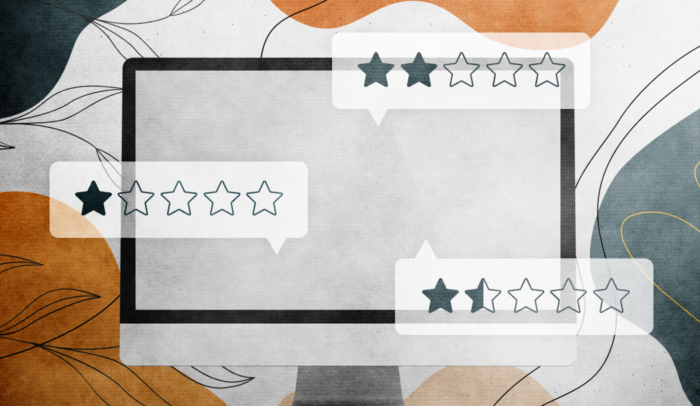 As of this writing, at Scribe we’ve worked with more than 1,000 authors, whose books have combined to receive more than 50,000 reviews (across all platforms).

Most of those reviews have been overwhelmingly positive…but of course, not all of them.

I know more than the average person about negative press. I’ve personally written 4 New York Times bestsellers, and all of them were “controversial” (at least to certain people). Because of this, I’ve endured my fair share of negative press.

In this blog post, I will outline some of my strategies for dealing with negative attention.

An Email to an Author

Before I get into specific tactics, this is a real email I wrote to one of our authors who got some negative attention. He is a vet who got criticism from other vets, so some of this is specific to his situation, but if you are dealing with negative attention, feel free to read this as if it is specifically for you:

“I don’t know what it’s like to get negative Amazon reviews, that’s NEVER happened to me:)

Yo man, your scribe told me that you’ve had some haters throwing shade at you. I get it man. Lemme give you some tips and tactics I’ve used for this in the past:

-First, understand that if no one hates what you have to say, then you aren’t saying anything worth saying. Having haters is, at its core, a GOOD thing. It means you are challenging a belief that others hold dearly—and is probably wrong. Lean into that and be proud.

-Second, never EVER apologize for speaking your truth. Fuck anyone who tells you that you cannot or should not speak YOUR truth. How dare they? Can you imagine that, telling someone they can’t say what they believe? Shit man, isn’t that the reason people join the military, to fight FOR that freedom?

-Third, it’s OK to admit you feel shitty when people say bad things about you. Even if what they say is wrong and unfair and even if they are straight up lying about you—that shit can still hurt. Its OK to feel it, don’t think you have to block it out and pretend it doesn’t bother you.

First, I’d go on Amazon and respond to the hater posts. I know, I know—normally, that’s not the case. But in this case, I think it makes sense.

I read the two hater posts, and I think not responding to them might make people think they are true. Responding gives the people rooting for you something to latch on to, and it also helps the people in the middle without an opinion see both sides.

Now, as to HOW you answer—be careful. Don’t get stuck in all the details about every mission and patrol. No one cares. What you want to do is “win” the argument, not have the most facts. This means worrying about the big ideas and making sure you win those points.

For example, instead of responding point by point to their details, drop one or two major fact bombs, and then attack them back. Question their motives, call out their service, and put the onus back on them to defend the fact that they are criticizing a decorated vet.”

General Lessons for All Authors

These are general lessons for all authors on how to handle negative book reviews.

1. Negative Reviews Are Inevitable, So Expect Them

This is just a part of life. Negative people exist, and what makes them negative is that they spread their negativity to the rest of the world. That’s just how it works.

The only true defense against any sort of negative review or criticism is not publishing. You can do that, but I would not recommend it. Don’t let the negative people win.

2. Negative Reviews Indicate You Stand for Something

If your book can’t be criticized, you aren’t saying anything. No one cares about a book that says the sky is blue. We know that.

Many authors feel guilty or ashamed that negative reviews make them feel bad. They almost feel that they’re supposed to be “above” them.

That is nonsense. It’s OK to admit that you feel bad when people say bad things about you. That is a natural and normal human reaction. In fact, our brains are literally hardwired to pay greater attention to negative feedback—it’s called negativity bias. Basically, we evolved to avoid pain first, then seek pleasure second.

Even if what they say is wrong and unfair and even if they are straight up lying about you—that can still hurt. In fact, that almost hurts worse than fair criticisms.

It’s OK to admit that this hurts and to let yourself feel all the terrible feelings that come with that. The human brain is designed to interpret social violence in the same way as physical violence. For real.

It’s OK to feel it. Don’t think you have to block it out and pretend it doesn’t bother you. Have the emotion that it causes, then move past it.

4. Consider if the Negative Reviews Hold Any Lessons for You

I like to read negative reviews of my books and think about them as if I were NOT the author. I evaluate them from a totally objective perspective, and ask myself, “Does this person have some kind of lesson for me? Are they right about anything?”

It’s hard to do this without getting defensive, but if you can do it, it can prove invaluable. One of my favorite sayings is, “You only hear the truth from your worst enemies and your best friends.”

Some of the best “advice” I’ve ever gotten in my life came from negative comments about me that actually had a good point in some way or form. I have learned about more of my weaknesses this way than from any other place.

For example, I used to use a few words improperly. I only saw this through negative reviews. And I had a tendency to ramble about a specific topic—again, only my haters pointed this out. Those two pieces of criticism made me a better writer.

This is not easy to do, but if you can emotionally manage it, reading negative reviews from the objective perspective can help. Note that the best way to train to do this is to pick a book you like, but did not write, and then read the negative reviews of that book. It’ll help you learn to be objective and not emotionally attached or defensive to the tone of the review.

5. Put Negative Reviews in Context, and Contrast Them with the Positive

This is where people get stuck in a spiral; people give the negative reviews way more weight than the positive ones. We’ve had authors with 100 positive book reviews and two negatives—and they obsess over the negative ones.

This actually was an issue with an author I’ve worked with, and I told him this:

“I have entertained millions of people, literally millions, but from some of the Amazon reviews I get, you would think my job was to punch babies in the mouth. That’s the shitty part about the internet and anonymous feedback, is that you tend to hear from extremes, those that either love you more than is reasonable, or those who are just spreading toxicity.”

Remember to keep things in perspective. If a tiny number of people have a negative response, then give it the weight it deserves—very little.

And make sure, if you are looking at the negative reviews, to give the same amount of weight to the positive ones that you give to the negative. If you can’t do this, then consider that these are your insecurities speaking up, and address them.

After all, if your book is helping way more people than not, those are the people you should be focused on—the ones who it helps. They are the ones who matter.

6. You Can Answer Negative Reviews…but Be Careful

For most authors, I think ignoring negative reviews is the best way to go. There is no upside in responding to toxic people who are just hateful.

But for some reviews, it can make sense. You just have to be careful. Responding to negative reviews is a double-edged sword. I don’t recommend it to most authors, but if people are unfairly attacking you, it can be done well.

Don’t argue about the details about your book (unless the reviewer just gets everything totally wrong). Most people are not focused on the details, and facts don’t win arguments.

The best way to approach someone who is unfairly attacking you is, ironically, to attack them back. This is very much fighting fire with fire, and it is a skill. That’s why I don’t recommend most authors use this tool, as it can backfire and make you look defensive and bad, overall.

For example, if someone calls you a liar, make the accusation back to them. If someone questions your motives, question theirs. This is called “framing” and the best way to win this sort of “battle” is to go on the offensive and accuse the other party of something negative as well.

(If you want to see an example of this in a media interview, this is one of the most extreme examples I’ve ever seen of framing battles).

The other approach is to just be positive and answer them all in that manner, which some authors like to do. That’s never been my approach, but if it resonates and helps you, do it.

Again though, I would avoid this in most cases. The less attention you pay to negative reviews, the less other people will pay them.

One Last Word on Negative Reviews

I hope this post helps you. Most importantly, I hope this helps you publish your book, or write your next book. What matters is helping people, and books do that—negative people don’t.

I’ll leave you with the iconic Teddy Roosevelt quote, because nothing better has ever been said about the courage it takes to actually do something brave (like write a book):

“It is not the critic who counts; not the man who points out how the strong man stumbles, or where the doer of deeds could have done them better. The credit belongs to the man who is actually in the arena, whose face is marred by dust and sweat and blood; who strives valiantly; who errs, who comes short again and again, because there is no effort without error and shortcoming; but who does actually strive to do the deeds; who knows great enthusiasms, the great devotions; who spends himself in a worthy cause; who at the best knows in the end the triumph of high achievement, and who at the worst, if he fails, at least fails while daring greatly, so that his place shall never be with those cold and timid souls who neither know victory nor defeat.”

How to Measure Book Launch Success

How to Create a Winning Media Pitch (Step-by-Step Guide)