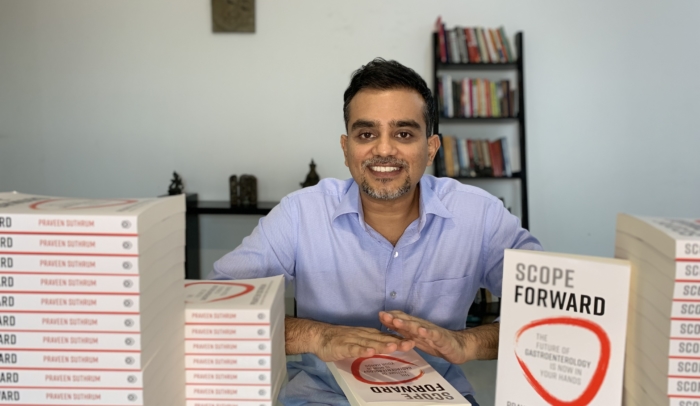 Praveen Suthrum loves working in the healthcare industry. In fact, he’s made it his life’s work, because he realized early on it was the key to helping as many people as he possibly could.

“You can’t have a greater impact in any other industry, because healthcare directly affects how somebody feels. Every day, I can help reduce someone’s suffering.”

Unlike many healthcare workers, though, Praveen isn’t a doctor. He’s an entrepreneur focused on supporting gastrointestinal (GI) physicians in improving their practices and getting better results. His commitment to helping GI doctors stems from one sobering fact: across the country, countless numbers of them are burnt out.

Early in his career, Praveen realized the vast majority of GI doctors feel trapped in an endless cycle of colonoscopies and other diagnostic tests. They got into the field to save lives, but the reality is that most of them are so overloaded with testing that they don’t have the time or opportunity to help patients any other way.

Praveen listens to their struggles, then helps them craft unique solutions that improve their business models and use of technology. He guides them in how to get out of their rut and feel like they’re making an impact again. By helping them rediscover their joy and purpose, he makes sure they stay in the industry and keep helping the people who need them.

Praveen wanted to help physicians around the world find a way to love their work again.

Even though Praveen was working to help doctors improve their lives and their practices every day, there were thousands of physicians he was never going to be able to reach. He knew they needed his help, though, if he could just find a way to reach them.

Then, one day, Praveen had a brilliant idea: he didn’t have to talk to every GI doctor in order to help them! He could write a book, and share his guidance with physicians all over the world. For Praveen, who has always been focused on making the greatest impact possible, it was the answer he had been searching for.

After so many years as a healthcare entrepreneur, Praveen knew exactly what challenges GI doctors faced. He also knew the solutions that could help them. The hard part was getting them to recognize and embrace those solutions. He realized, though, that if he was a published author with a credible, well-written, and well-received book, he could help to move the industry forward and improve the lives of potentially millions of people.

“In my heart, I wanted to have a deep influence on the industry. I wanted to change the mindsets of doctors.”

Praveen struggled to tailor his book to everyone who needed to hear his message.

Once Praveen decided to write a book, he was ready to move full-steam ahead. He had done a lot of writing in his career, so he felt comfortable with the process. Granted, most of what he had written were LinkedIn posts and blog articles, but he enjoyed those and felt like he would be able to put a book together.

But when he started writing, he encountered an unexpected problem: his topic had so many potential facets that he wasn’t sure what to include and what to leave out.

When he worked with an individual physician, or even a group of physicians, he and his team could tailor business or technology solutions to their specific needs. His book, though, had to be relatable and applicable on a much wider scale. He didn’t know where to start.

“I needed someone who was experienced at writing and publishing books and had the maturity and knowledge to guide me through the process.”

Praveen started researching different companies, looking for one that could give him the guidance he so desperately needed. But no matter how much he searched, nothing seemed right. Either the company didn’t give him enough control over the process, or they didn’t provide him with enough coaching and support.

Praveen didn’t know what to do. He wasn’t going to write a single word until he found someone who could help him write the kind of book he could be proud of—the kind of book the industry needed. But finding that person was a bigger challenge than he had anticipated.

When Praveen spoke with Scribe, he realized they could strike the balance he was looking for. 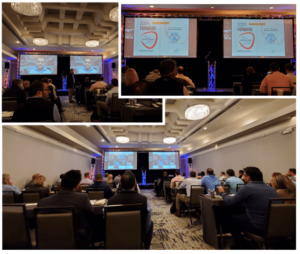 Determined not to give up, Praveen kept looking—and found Scribe. Intrigued by their Guided Author package, he booked a consultation call. He didn’t know exactly what to expect, but as soon as he got on the phone, he was impressed. It wasn’t a fluffy sales call; even though he hadn’t yet signed up, they immediately shared some valuable insight with him.

“They told me to go as narrow as possible on my topic. That advice was worth its weight in gold.”

Praveen knew keeping his focus narrow was easier said than done, but as the conversation continued, he realized Scribe had a process that could help him do just that. They would provide him with the coaching and guidance he needed, while at the same time allowing him to do the actual writing. It was exactly what he was looking for.

For Praveen, Scribe’s competence and expertise, as well as the proven effectiveness of their process, shone through during that call. He knew they were the perfect people to help him write his book and achieve the impact he was hoping for. As soon as the call ended, he signed up.

Everything went well until personal circumstances kept Praveen from writing.

After attending the two-day Guided Author workshop in Austin, Praveen was energized and excited about writing his book. After he flew back home to India, he continued to follow the process faithfully and write every single day.

And then, life happened. Different crises kept Praveen from writing for almost seven weeks. When he was finally able to get back to his book, he felt completely disconnected from the material. Not only had he completely lost momentum, he didn’t know how to get back into the rhythm. He was at an impasse: after all the work he had put in, he felt derailed.

“That was really tough. My team was incredible, though, and they showed me how to get back on track so I could sit down and get it done.”

Praveen’s team reassured him that it was normal to go through periods where the writing didn’t come as easily. He began to understand how to overcome setbacks, reconnect with his topic and his vision, and start enjoying the writing process again.

It worked. Praveen was able to return to his writing with fresh eyes. In the end, taking that break from the material and process helped him see it the way a reader would. It gave him insight and clarity into what he really wanted to say and how he wanted to say it.

From that point forward, there was no stopping him. Anytime he hit a bump in the road, his team was there to guide him. He stayed focused and stayed committed. And when he held his book in his hands for the first time, the joy he felt was indescribable. 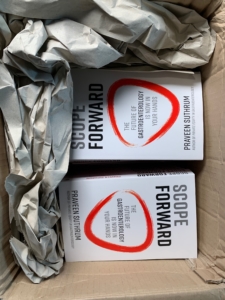 When Praveen launched Scope Forward, he hoped the book would establish him as a thought leader and help him increase his impact on the GI industry. And by every measure, that’s exactly what happened.

As soon as the book came out, a physician who was working on an obesity startup approached Praveen to ask if he would be willing to help scale the startup using the concepts he shared in the book. Praveen agreed, and joined the business as co-founder. That business is thriving: to date, they have raised almost $1 million in seed funding, and they are shortlisted by CB Insights as one of the top 150 digital health companies in the world.

That wasn’t the only opportunity the book led to. Industry leaders started reaching out and asking Praveen for more insight and guidance around the concepts in the book, so he created and launched a program called the GI Mastermind.

“It includes some of the largest influencers in the industry. We come together and talk about how to shape the future of GI and how to change the industry.”

When Praveen talks to members of the mastermind, he sees firsthand the impact his ideas are having on them. For example, the group regularly discusses various initiatives and startups they may be able to launch together. What the mastermind group is doing will change people’s lives, but without the book, that group of power players wouldn’t be together.

As exciting as all of these new business opportunities are, for Praveen, the best part of writing his book has come from seeing the incredible impact it’s made on the physicians who have read it and put its ideas into practice. Take, for example, the physician who leveraged what he learned in the book to leave his private practice and become the CEO of a digital health company that impacts patients at scale.

He told Praveen that, before he read Scope Forward, he felt like the bulk of his time was spent doing the same diagnostic procedures over and over. He didn’t feel fulfilled, and he certainly didn’t feel like he was impacting patients at scale.

“He said the book was a wake-up call for him. It gave him the tools he needed to propel himself forward, find a way to help more people, and achieve a satisfying career.”

Another physician reached out to tell Praveen she had always wanted to work in digital gastroenterology, but she didn’t have the confidence to leave her practice and follow that dream. After reading Scope Forward, though, she was able to develop a plan to do just that.

Praveen has gotten dozens of messages like this, and each time he does, he’s humbled and honored. For him, they validate that he’s succeeding at exactly what he set out to do: improve people’s lives, help physicians around the world deepen and broaden their impact, reduce suffering, and influence the industry he’s devoted his life to serving.