Preface vs Foreword vs Introduction: What’s The Difference? 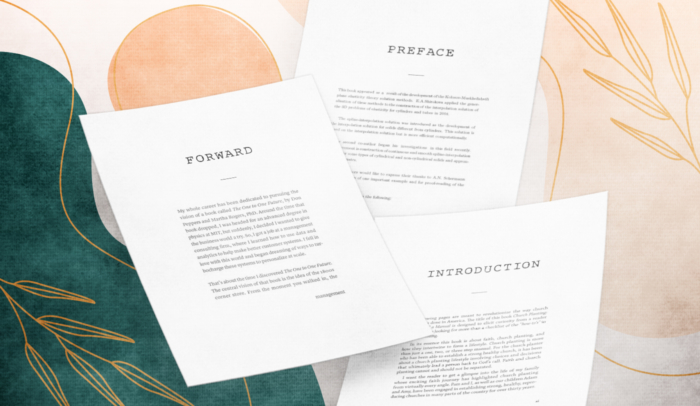 If you’ve ever been confused about what distinguishes a foreword, a preface, and an introduction, you’re not alone.

Many Authors don’t understand the distinctions between these three parts of a book.

To clear up the confusion, I’m going to explain everything you need to know about forewords, prefaces, and introductions—and I’ll tell you why most Authors don’t need all three.

This post will cover the differences in-depth, but here are the key takeaways to know:

What Is a Book Foreword?

A foreword is an introduction written by someone other than the book’s Author.

And I’ll say this right off the bat:

Most books don’t need a foreword.

If you aren’t sure whether your book needs one, it doesn’t.

A foreword isn’t part of the book’s main text. It’s part of the “front matter,” a.k.a., all the stuff that comes before the book actually starts.

If readers skip it, they won’t miss out on any necessary information.

So, if it’s not essential, why would you want one?

There are only 2 good reasons to include a foreword:

I’ll walk you through each of these reasons below. But if you still want more information by the time I’m done, read our comprehensive guide to forewords.

1. To Confer Credibility on You, the Author

Typically, forewords are written by prominent or well-respected experts in your field.

When well-known people say nice things about your work, readers are more likely to trust you.

For example, when Nick Vertucci wrote Seven-Figure Decisions, he was already known in the real estate world, but his platform didn’t extend much further.

Nick greatly expanded his reach by having Kevin Harrington—a respected businessman, the inventor of the infomercial, and an original “shark” on Shark Tank—write a foreword on his behalf.

Kevin’s strong endorsement of the book conferred credibility on Nick. It also drew in some of Kevin’s impressive audience, and it gave Nick a chance to print Kevin’s glowing praise.

If Nick had said some of those nice things about himself, it would have seemed like he was bragging. Coming from Kevin, those words were like gold.

When an expert or well-known authority is willing to spend their valuable time writing a foreword for your book, it’s a strong signal to readers that they can take your book seriously.

It’s a stronger signal than a blurb because it takes a lot more work.

It’s not a small ask.

A foreword isn’t just a couple of sentences. It’s a substantial piece of writing.

Plus, foreword writers are putting themselves on the line too. Having their name attached to your book will reflect on them, for better or for worse.

That’s why it’s best to only reach out to experts that you know personally and have a solid relationship with. Forewords don’t lend themselves well to cold calls.

If you are lucky enough to have that kind of connection, it might be worth reaching out. A seal of approval can be valuable, especially if this is your first book.

If you don’t have a strong connection to the person you want to write your foreword, skip it. It’s not necessary.

When you’ve put time and energy into writing a good book, your expertise will shine through on its own.

2. To Provide Context and Background for Your Book

The second reason to have a foreword is if you need to provide context and background for a reader.

To be clear: I don’t mean context they’ll need in order to understand your book. That should always go in the main text.

I mean saying things about the book that you, as the Author of the book, can’t.

This was the case for Ian Hart’s book Healing Hacks.

Hof explained how he developed his methods and why they dovetail so well with Ian’s approach to the body. He wrote, “Ian Hart has followed his heart and his ability to understand by feeling…That’s what this book is all about. You’d better read it and get on your horse, because this is going to be a ride.”

If readers were already familiar with Wim Hof, the foreword boosted Ian’s credibility.

If they weren’t, the foreword gave them a better sense of what Ian was going to teach them.

Think of your foreword as a chance to reveal a little bit more about yourself, without jumping straight into the main topic of the book.

What is a Book Preface?

Let’s say your book had all three elements: a foreword, preface, and an introduction.

The preface would be sandwiched in the middle.

Unlike forewords, Authors write the preface for their own book.

That’s because the preface is your chance to talk to readers about why you wrote your book, why it’s important, and what they’ll take away from it.

Most books don’t need a preface.

It’s better to jump right in, hook the reader’s interest, and weave all that information into an introduction (I’ll say more on that below).

There are rare occasions when a preface might come in handy.

For example, biographies often include prefaces. Biographers use prefaces to explain their research methods and approach to the book’s subject. Then, the rest of the book is all about the subject’s life.

Academic readers or specialists might care about that information. But I’ll be honest: most readers won’t.

That’s why prefaces are increasingly rare. It’s also why I don’t recommend them.

If your book requires extra material, I suggest putting it at the back of the book instead. You can write an afterword that explains how the book came into being, or you can put your data in an appendix.

Unless your Author’s preface provides essential information that you can’t fit anywhere else, don’t include one.

If you do decide to write a preface, make sure it enhances your reader’s experience and catches their attention.

Treat your preface as if it’s just as important and entertaining as the rest of the book. It is.

The preface is a reader’s first impression of your writing.

If they get bored or don’t see the relevance, they’ll put your book down. Chances are, they won’t pick it up again.

What is a Book Introduction?

Every nonfiction book needs an introduction.

An introduction comes right before chapter one. It’s where your book actually starts. If readers skip it, they’ll miss important information.

But do you know why readers usually skip them?

Unlike a preface and foreword, your introduction is part of the main text of the book.

Treat it that way.

The point of an introduction isn’t to give a summary or provide a boring run-down of everything in the book. 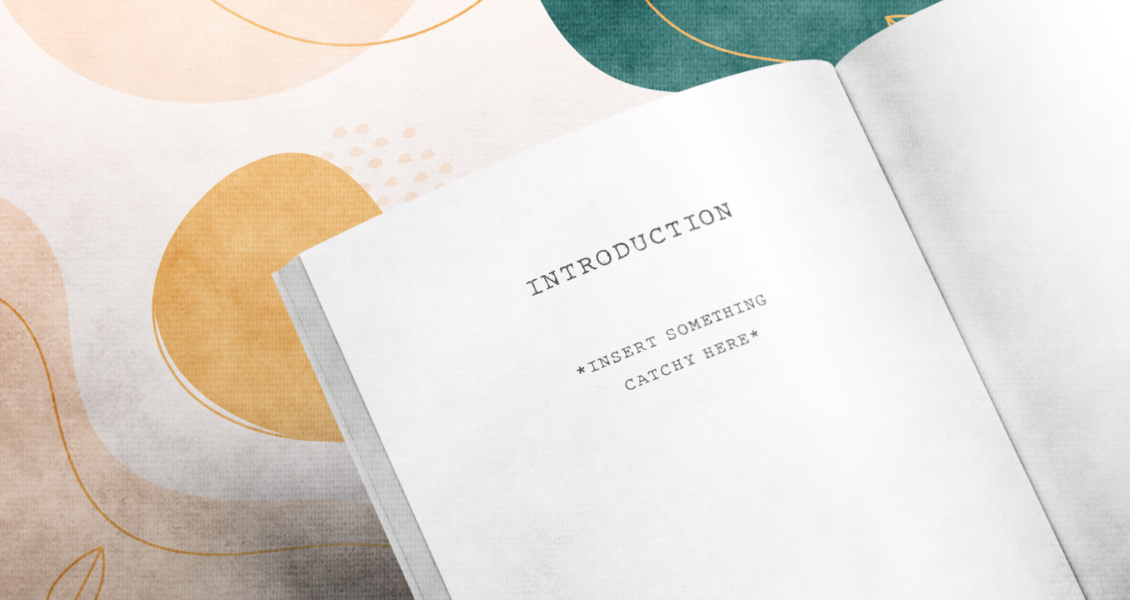 A good introduction should engage the reader, draw them in with an emotional connection, and sell them on reading the book.

On the most basic level, an introduction should show your audience 3 things:

At the end of the day, they want to know that your book is worth reading.

When an introduction is done right, readers have no desire to skip it. They feel energized and excited. They’re happy to fork over $10 to immediately have your book sent to their Kindles.

Here’s an example. Look at how Nick Bare starts 25 Hours a Day:

“If you don’t feed the cows, the cows die.

It’s a great metaphor for building a company, or a life, or a dream. If you don’t feed those things, they die, too.

I learned the lesson young, mainly from my father, who’d grown up on the family farm. Every morning at 4 a.m., before the sun even thought about rising in the sky, my father headed out to the barn for the first of two daily milkings. The weather didn’t matter. There was never a question of wanting to milk the cows. You had to, he’d point out. You just did it. No excuses.”

Nick didn’t start his introduction with, “Hi, I’m Nick Bare, and I’m here to tell you about living your life to the fullest. Here’s the breakdown, chapter-by-chapter of how I’m going to do it.”

He started with a hook.

He explains what you will learn from the book after the reader is sucked in.

Your introduction is your sales pitch. It’s a key part of why readers are going to decide to read your book.

Don’t get me wrong. There’s plenty of creative room within those rules.

But if your introduction isn’t hitting all those points, readers will feel like something’s missing.

Introductions are one of the most important parts of a book, so we’ve written an in-depth guide about how to get your book’s introduction right.