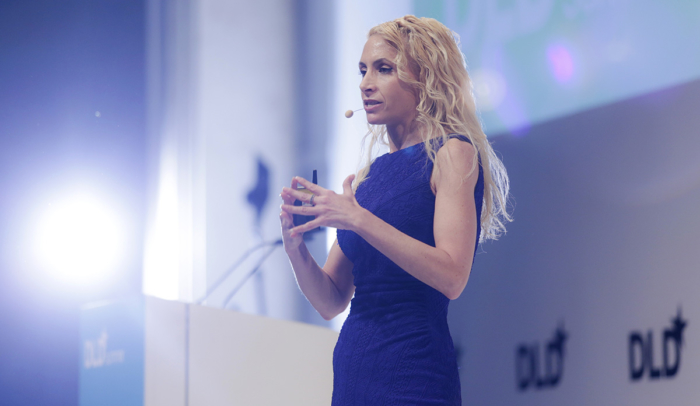 When Robin Farmanfarmaian was 16 years old, she was misdiagnosed with an autoimmune disease.

Like many patients, she accepted the doctor’s advice without question. She followed traditional medical advice, a parade of new drugs and new surgeries that were never able to solve the problem.

But by the age of 26, she’d had a total of 43 hospitalizations, six major surgeries, and three organs removed. Her doctors were telling her she was cured, yet had her on 80mg a day of Methadone.

Robin decided that she had to take her health into her own hands. She fired her full medical team and became the CEO of her health, successfully weaning off high-dose methadone, getting a correct diagnosis, and putting her illness into remission.

“Since then, I’ve dedicated my life to making a massive impact in medicine. My mission is to work to help medical companies that will directly impact 100 million patients or more.”

Today, she is a VP of Business Development or Strategic Relations Advisor at three enormously successful companies changing the face of medicine — MindMaze, Actavalon, and Invicta Medical — as well as serving on the board of organizations like the Organ Preservation Alliance.

But how did she do it?

Five years ago, Robin decided she needed a major change in her career

As an attractive and well-dressed woman in the male-dominated world of Silicon Valley, she endured persistent sexism. As a speaker, she was being harassed by male speakers, and as a major fundraiser in her organization, she was constantly being confused for an executive assistant.

“It’s awesome being a beautiful woman, but it’s really hard in a lot of ways too. People assume there’s nothing to you but what you look like. Being pretty and stylish and wearing stiletto heels, people automatically assumed I was an executive assistant.”

Although situations like this should be a call to all of us to create societal change, Robin sought a more immediate solution.

At the time, her work relied on people who weren’t treating her well. So she asked herself,

“Why am I relying on these people who treat me like dirt? I should build what they have so I can rely on myself.”

She already had the knowledge and wisdom to be a thought leader in her own right, but what she realized was this: she needed to broadcast that wisdom, so that her ideas could precede her. This way, she would be able to command the respect she deserved.

She decided to create Robin Inc, a full-fledged company based around building up her reputation and authority as an expert in all things medical.

She began to map out a business plan for Robin Inc

It would start with the speaking division, building connections with people in the conference space, starting her own conference, and hiring a team to help her hone her story in order to perfect her keynote.

And, finally, she’d get to the book division, adding credibility and helping to drive all the other divisions to greater growth. 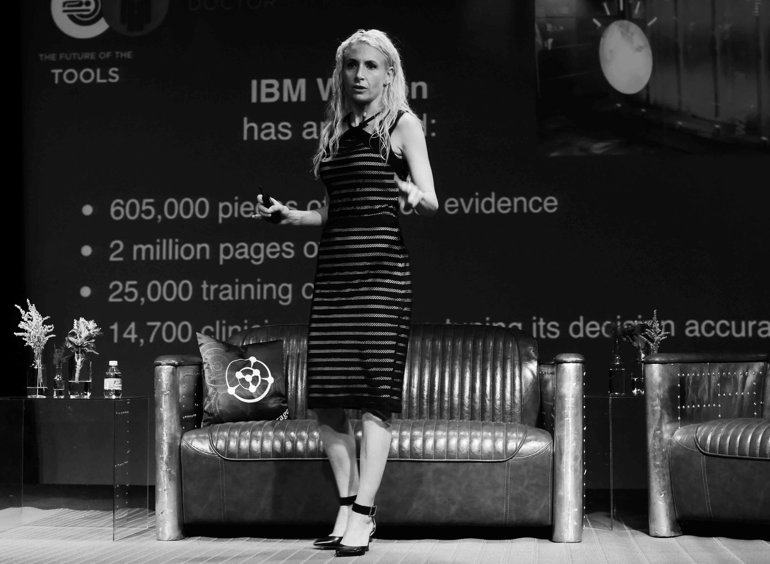 She executed the plan, and partnered with Scribe to help with her book

Whenever Robin approaches a problem, she’s obsessed with efficiency. From managing her health, to choosing where to live, Robin is a hacker through and through.

So, when she created her business plan for Robin Inc, she knew she needed to focus on making the largest impact with the most focused effort. She hired professionals to help her hone her message, craft her slides, get her media placements, but she struggled to find someone to help with the book.

One night she decided to attend a Mastermind Dinner, where she met Tucker Max. When she heard about Scribe, she knew it was the solution she’d be looking for.

“Crazily enough, I just knew I needed to be at that dinner. I’m so thankful I went — none of this would have happened without it. The way you guys do business and the fact that I had full control over everything… It was literally a perfect fit.”

We worked together with Robin between June and December of 2015, and on December 13th, The Patient As CEO officially launched. 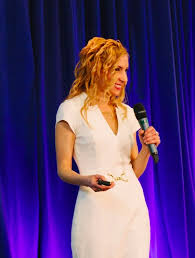 By the time the book launched, Robin had set up a profile in Forbes, gathered a contact list of every business card she’d ever gotten, and put together a list of media contacts for further followup.

The Forbes piece drove over ten thousands views, and her enormous network excitedly bought the book and shared it, propelling it in front of hundreds of thousands of potential readers.

Most importantly, the book established Robin as a leader in the world of medicine

For the first three months after the book launch, Robin hired a PR firm to help spread the word. They secured her contributed articles, media profiles, and podcast spots to talk about her book and her message.

She thought she might need a PR firm permanently to continue to build her brand, but that wasn’t the case. Once her story and ideas spread, the momentum of her thought leadership kept it going.

“An object in motion stays in motion, right? It’s now a year and a half later and I’m still doing a podcast a week. Once you start the engine, it doesn’t stop.”

One of her biggest focuses in promotion the book and her brand was speaking. In the time since the book was released, she’s secured over 50 speaking engagements to major associations, conferences, and other groups!

The prestigious TED conference even selected her book to be a part of their Gift Cave at their 2016 conference, where it was put in front of thousands of the world’s top minds.

“Every single one of these incredible people at TED saw it, and now has an idea of who I am and what I’m about. That’s what drives real leadership.”

Today, she works as a VP at three game-changing companies: MindMaze, Actavalon, and Invicta Medical.

The most amazing part? All three opportunities came because of Robin Inc.

“The very first one, Invicta Medical, I jumped off stage and walked into the lobby and walked right into the founder. He’s seen me speak and we got to talking, and I was an advisor within the first couple meetings, and a vice president within a couple of months.”

The other opportunities similarly came from her public body of work, or introductions that came through that work. Ultimately, becoming a thought leader got her into all the doors she needed to create the career she wanted.

This year, she’s raising $250 million for companies that are changing the face of medicine, and working with multiple companies she cares about on her own terms. Her career is exactly what she’d dreamed it would be. 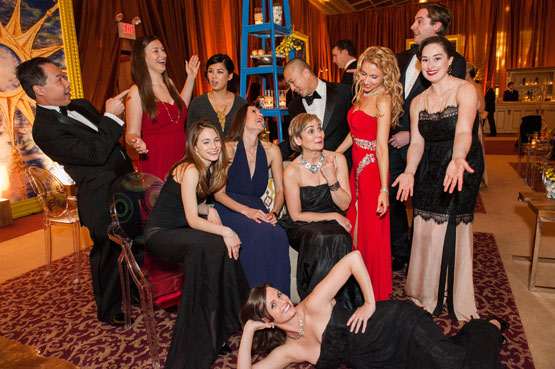 More importantly, her book and Robin Inc have helped her command respect in male-dominated industries

By sharing her wisdom with the world, Robin has seen a dramatic decrease in the number of people who judge her based on her looks. As an author, speaker, and thought leader, she is immediately seen as an authority.

“The best part is that people know what’s in my brain because it’s all out there. Everyone on the internet, or in a conference crowd, knows how much I understand. Every piece of Robin Inc propels that.”

Her days of being confused with an executive assistant are behind her.

“Oh, I don’t get that at all anymore. Today, people immediately think of me as the highest level person in the company besides the CEO.”

Her book also brought to an end the sexual harassment Robin had endured for years.

Before her first book was published, Robin joined a new company as a high-level executive and went to the founder’s house for a social event. As she walked up to the front door, an outside attorney scooped her up in his arms and twirled her around.

Distressed, Robin went into the house and tried to get as far away from the attorney as possible. Five minutes later, despite Robin being nowhere near the man, he scooped her up again and put his hands all over her body. This time, it was in front of several male executives who worked at the company. As Robin struggled to get away, a horrifying realization dawned on her: the man who was sexually assaulting her was the same man her colleagues had been praising minutes earlier as an “amazing guy.”

For the next two years, Robin would violently shake every time she saw the man.

“That’s the kind of thing that would happen to me before my book. The day my first book published, the sexual harassment stopped dead in its tracks. No man has touched me. No man has tried to talk me up to their hotel room. No man has asked me to go get them coffee. My book changed the game overnight.”

Robin’s book is also changing women’s perspectives about themselves

All the medical progress she is passionately bringing into the world is exciting, and yet Robin is most enthusiastic about the impact she’s making on women. At keynote after keynote, women of all ages (especially ones early in their career or education) would approach her after her speech, amazed that a woman had been able to become such a respected thought leader in Silicon Valley, even with a traditionally feminine high energy, bubbly personality.

“Obviously we don’t live in a perfect world, but I love when I can help young women see that being a feminine woman doesn’t need to hold you back. When I talk to them about what I’ve built with Robin Inc, they realize that they can do it too. In a field like tech, where these women have been made to have no belief in themselves, that feels really good.”

Robin didn’t set out to write a book to change women’s perceptions of themselves or the perception of women in tech, but it’s a positive byproduct of what can happen when one woman is brave enough to share her story.