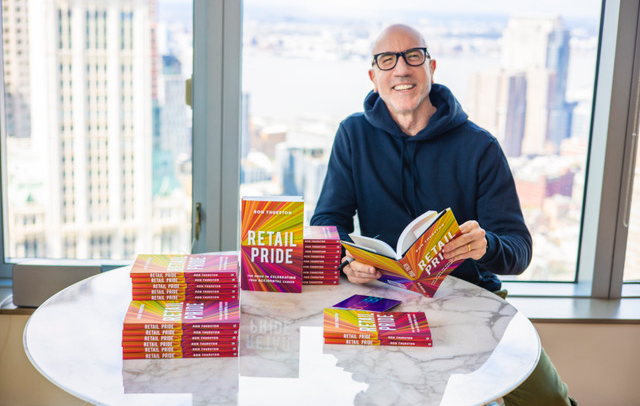 To say that Ron Thurston loves retail is an understatement.

For him, it’s a way of life. He’s spent over 20 years working in the industry, and he’s seen the impact it has on people every single day. Like so many other retail workers, his career started accidentally. He started working at a store in the mall, then moved up to manager, then district manager. Eventually, he climbed all the way to Vice President of Stores.

Along the way, he saw the joy on people’s faces when they came in to shop. He saw the people buying gifts for a loved one, the teenagers spending a day at the mall with their friends. He watched them step out of the day-to-day hustle, unwind, and pamper themselves.

He saw firsthand the role retail played in his colleagues’ lives, too. It was a way to support their families, put themselves through school, and buy cars and houses. The benefits weren’t just financial, either: he and his coworkers loved connecting with customers.

That’s why, even though Ron didn’t set out to have a career in retail, he stayed. He loved it, just like the people around him loved it. And it’s also why, whenever he would hear the question, “When are you going to get a real job?”, it drove him crazy. He had a real job: a career in retail.

But hearing that question over and over shook him. He started to lose the pride he felt in his career and in himself, and he saw his coworkers going through the same thing.

“People always wanted to know, ‘When are you going to do something else? Why do you love it so much?’ It was a huge amount of pressure. I felt isolated because nobody really understood how much I liked what I was doing.”

As Ron watched extraordinary people try to justify their love of working in retail, he knew exactly what they were going through. 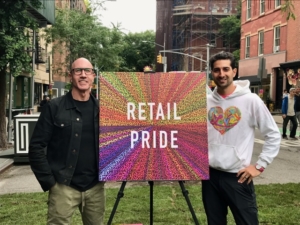 Ron realized the problem has been getting worse in recent years, not better. He saw his fellow workers as unsung heroes, keeping the economy going while making it possible for people to buy the things they needed to live. But the rest of America didn’t feel the same.

They still saw retail as a second-rate job that only a teenager—or someone with no talent and no experience—would take. As a result of this belief’s increasing invasiveness, he watched the spark disappear from his team. He knew that it was happening to other teams across America.

So, Ron started looking for a way to bring that spark back. Maybe, he thought, there was a book or something he could share with them to show them they were understood. He searched and searched, but he came up empty. He couldn’t find a single resource acknowledging how important they were or the legitimacy of their careers.

“There was nothing that celebrates people in the industry, or recognizes their hard work or says what they’re doing is amazing. Those workers, along with our industry, desperately needed that.”

As a manager and executive, he could help his own teams regain pride in their work, but he wanted to reach the millions of other workers out there. He wasn’t sure what to do until he stumbled on a weekend workshop put on by his men’s group. It was all about legacy: how could he have the greatest possible impact on the world?

Everything he’d been thinking and experiencing for the past 20 years crystallized at that workshop. By the end of the weekend, he knew exactly what he had to do: write a book that would celebrate retail workers, give voice to what they were feeling, and prove to the world that what they were doing was far more than just a placeholder job.

Ron had a dream, but he had no idea how to get started.

Ron was crystal clear on who the book was for: a store manager in a mall in small-town America who had accidentally stumbled into retail and absolutely loved it. He wanted to give that manager a voice, a way to respond to the people who dismissed her career.

He had professional goals for the book too. He wanted to build a platform and a brand around himself, to become one of the go-to thought leaders in brick-and-mortar retail and its future.

But he had just started a new, very demanding job as Vice President of Stores, and he had very little time to devote to the project. And even if he had all the time in the world, he didn’t know how to get his message across in a way that would be interesting and compelling for other people. It was intimidating, to say the least.

“I didn’t know where to start. I didn’t even have an outline. All I had was my idea and my passion and my energy to make it happen.”

Ron felt like his message was important, but he didn’t know if the people he wanted to reach would agree. 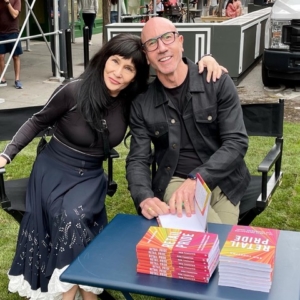 Ron explored his options for writing a book, but nothing seemed to fit. He knew he couldn’t get it done himself, but the self-publishing and traditional options he found weren’t right either.

He turned to his friends and family for suggestions. He was looking for a company that could help him write a book he could be proud of, a book that would resonate with his target audience. He wanted a company that would encourage him, hold him accountable, and respect his vision.

A friend gave him a simple recommendation: call Scribe. So, in the middle of a busy month of work travel, he scheduled a call for Labor Day weekend 2019. He was excited, but he was nervous too. The call went well, but when he saw how much it would cost, he hesitated.

Ron booked one of the last slots for Scribe’s October 2019 Guided Author workshop. He loved the idea of being able to drive most of the book himself, while still benefiting from the expertise of a proven writing, publishing, and marketing team.

But it wasn’t long before his self-doubt kicked in. Was what he had to say interesting or valid? Would people find him credible? Did he have the skill to write and publish a book?

Those weren’t his only concerns, either. He knew from his experience in retail that October was the best time to release a book, but that was just a year away. To launch in October would take a lot of work, and he had a full-time job. He didn’t know if he could do it.

Ron committed fully to Scribe’s process, from how much to write each day to how to write his drafts. His team was there for him every step of the way. They helped him organize his book, worked with him to hone and refine his message, and kept him on his timeline.

But it wasn’t just the Scribe team that helped him. His greatest support came from a place he didn’t expect: the other people in the workshop.

“They helped give me the confidence that I could get this done. We had group chats and answered questions for each other. In fact, we’re still very close to this day.”

With all that support (and his own determination), Ron’s fears and doubts subsided. It was tough at times, but his Scribe team kept him focused and moving forward. And his cohort was there when he panicked that his book was terrible or felt like he should scrap the whole thing and start over. They understood his challenges and struggles, and they always talked him off the ledge.

Ron’s book revitalized his audience—and established him as a thought leader. 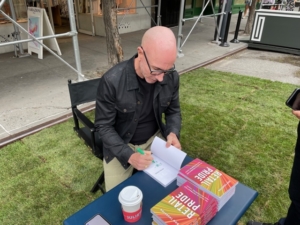 When Retail Pride launched in October 2020, the impact was profound. Ron hit his sales goal of 1,000 copies sold in the first year, but that was far from his biggest success. His book also helped him become recognized as a thought leader in the industry.

Retail Pride is now Ron’s unique differentiator. It’s the thing that gets him onto the stage, that gets him invited to the meetings with the big players. In June, on the strength of the platform he had built, Ron was able to leave his job as Vice President of Stores.

And now that he can give it his full attention, the opportunities just keep growing.

“It’s become my full-time work, which was my dream.”

Ron’s greatest measure of success is the impact the book has made on retail workers.

The most important outcome for Ron, though, is the impact the book has made on the people working in retail. He started this journey for them, to help them celebrate their work in brick-and-mortar retail. And because of him, people around the world suddenly saw their jobs in a whole new light. It reignited a fire in them, and the impact continues to grow.

“I just got a note from a store manager thanking me for helping him create a trusting environment where people are free to be proud of what they do.”

Ron gets hundreds of those kinds of messages, and they show him that writing the book was 100 percent worth it. He set out to help an entire industry recapture the pride they felt in themselves and in their work. And every time someone tells him that, for the first time, they feel like someone understands them, he smiles.

Because he understands—on a deeply personal level—exactly how they feel.

Here are a few more examples of people who were impacted by Retail Pride: 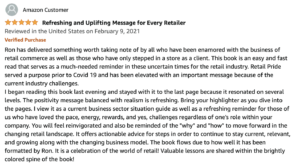