How To Translate Your Book (& Reach International Markets) 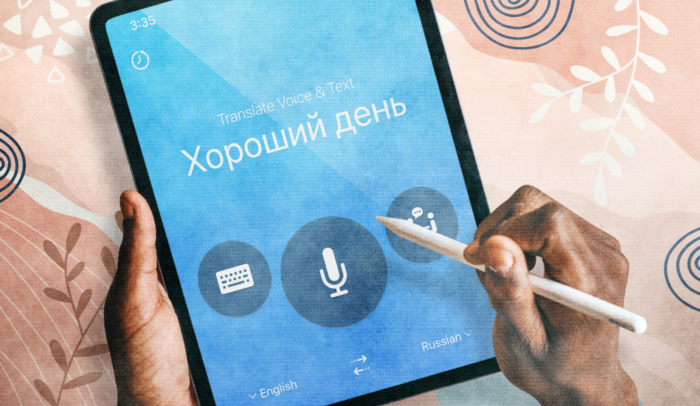 If you want to translate your book into a foreign language, let me be the first to tell you:

Translating a book is not as simple as changing Language A into Language B.

Most Authors don’t realize this. In fact, I often hear Authors asking about what freelancers or services to use when translating their self-published book.

To be fair, I can understand why they ask. It’s natural to think that simply making your book available to new readers would automatically lead to new sales.

But (most of the time) hiring a freelance translator or service won’t get you the results you want.

In this post, I’ll explain the right way to translate your book.

But before I dive into that, here’s a key point you need to know:

Translating a book only leads to sales if you can actually reach foreign readers to let them know about it.

Think about it from a reader’s perspective. There are millions of books on Amazon. If a Spanish Author translated their book into English tomorrow, what are the odds that you’d even hear about it, let alone buy it?

There are 3 main reasons why Authors want to translate their books:

If you fall into either of the first 2 categories (and maybe even the third), hiring a professional translator and uploading your book into a foreign market on Amazon is not the way to do it.

So, what’s the right way?

Sell your translation rights to a foreign publisher who will translate and release the book in their own local market.

I’ll be honest: that’s not easy, and, for most books, it still won’t lead to a lot of new sales. But it’s the best way to raise your visibility in a foreign market, especially if you care about how your book is received.

To show you why—and how—the foreign rights process really works, I’ll share a case study of one of our own Scribe books that was translated into Vietnamese. 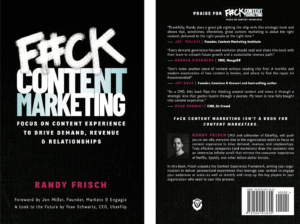 Here’s the U.S. cover of F#ck Content Marketing, by Randy Frisch. Through Scribe’s partnership with a foreign rights agency, we helped Randy sell his foreign rights to a publisher in the Vietnamese market.

But before I get into that process, I want to point out a few key things about this cover.

First of all, notice how much “punch” the prominent F#ck has with a U.S. audience.

That same F#ck accounts for half the title space at the top of the back cover. With just a single-word image, the Author conveys a bold message about content marketing.

That repeated title is followed by several powerful blurbs that prove the Author’s credibility.

Now, look at this: 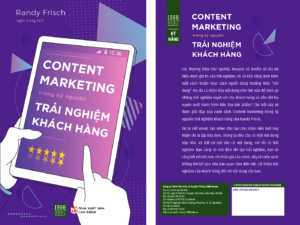 This is the Vietnamese cover, created by the local publishing company that bought the foreign publishing rights.

See what’s missing? Right. That F#ck, so critical to the U.S. cover, isn’t anywhere to be found.

Why? The answer boils down to an essential truth about foreign book rights:

Book translation is not just about translating your book. It’s about releasing it to a foreign market.

When the local publisher released the book in Vietnam, they changed the cover because they know their own market. They know what will or won’t sell—and they know what local readers will find offensive.

The word still made it into the interior translation of the book, but it wasn’t right for the cover. Not in Vietnam.

They also changed the cover’s color scheme, and they chose not to include the blurbs, presumably because the people quoted on the back of the U.S. cover wouldn’t be known to the local Vietnamese audience.

All this is to say: if you want your book to be well received in a foreign market, you need to do more than just translate it. You need to release it in that market, with all the local market knowledge that goes into publishing a book.

So how do you do that? By making a deal with a foreign publishing company that knows the language, the market, and the culture as well as the local rules and regulations.

How Do Foreign Rights Deals Happen?

Here’s the hard truth: It’s virtually impossible to sell translation rights to a foreign publisher on your own.

For one thing, English isn’t their first language, so communication is already difficult. But even if you speak the language well enough to get by, you still need a way to get your foot in the door.

As a result, most foreign rights deals happen at large, international book fairs, where publishers and agents gather together from around the globe—or, at least, they did.

I’m writing this post in the midst of the COVID-19 pandemic, and no one knows for sure at this particular moment when those book fairs will resume, or what they’ll look like when they do.

But that only makes foreign rights agents more critical than ever. They’ve already forged relationships with foreign rights editors, so they can make those deals happen in an online environment.

Scribe, for example, partners with DropCap, a tech-enabled foreign rights agency with an online platform to complement their broad base of relationships all around the world.

In the modern world, there are plenty of ways to communicate remotely. It’s not the face-to-face meeting that’s key. It’s the underlying relationship.

What Are Foreign Rights Agents Looking For?

Like all literary agents, foreign rights agents are looking for books that will sell—because those are the books foreign publishers will want to release in foreign markets.

Obviously, this varies by market. Business book translations tend to do well in China, Korea, Vietnam, and Japan. In the Netherlands, most readers prefer to buy books in English over their own native Dutch.

This is the kind of local market knowledge that makes foreign rights agents so important.

At a higher level, foreign rights agents are always trying to create long-term pipelines for new books that will sell well in local, translated versions.

That’s why they prefer to work with two categories of clients:

Without a publisher or a publishing partner, the process of finding a foreign rights agent for a single book is even harder than finding a domestic rights agent.

But if you happen to have a way to get your book in front of one, here’s what they’re looking for:

If you meet these criteria and a foreign rights agent is interested, they’ll read your book and see whether they think the content is a good fit for a particular market.

What Should You Expect from a Foreign Rights Deal?

1. At least 18 months to translate & publish your book

Remember, the publisher isn’t just translating your book into their native language. They’re editing, proofreading, creating a new cover, and doing all the things publishers do for any new release.

2. Negotiate over the advance, not the royalties

Foreign royalties are extremely hard to monitor, so don’t waste any leverage negotiating for them. Instead, focus on the advance, and don’t expect to see any money beyond that.

Most Authors should expect to see an advance that ranges between about $800 and $5,000.

Why so low? Because the local publisher is investing all the money and doing all the work to translate and distribute the book.

Fortunately, there are a lot of countries out there, so the best path for an author is to get a small advance from a number of different countries.

Foreign rights aren’t something you go after if you want to get a regular check in the mail. What little money you’ll get from the advance is a nice bonus, not a living.

But here’s the thing: most Authors who make money on their nonfiction book don’t make that money through book sales.

Instead, they make money by raising their visibility or by enhancing their credibility, which is the biggest thing foreign publication does for most Authors.

If that’s the only thing you want, and if you don’t care at all how your book is perceived in foreign markets, you can always hire a freelancer for as many new languages and new translations as you want, self-publishing each one to foreign markets on Amazon.

But this will cost you a lot of money, and you won’t have any way of knowing if the translation is any good or how your book will be received.

So, if the translation matters, don’t try to go it alone. You’re better off not translating your book at all than wasting your money and hurting your own reputation. There are much better ways to reach new readers.

If you’re looking for ideas, check out our guide for ways to promote a book.