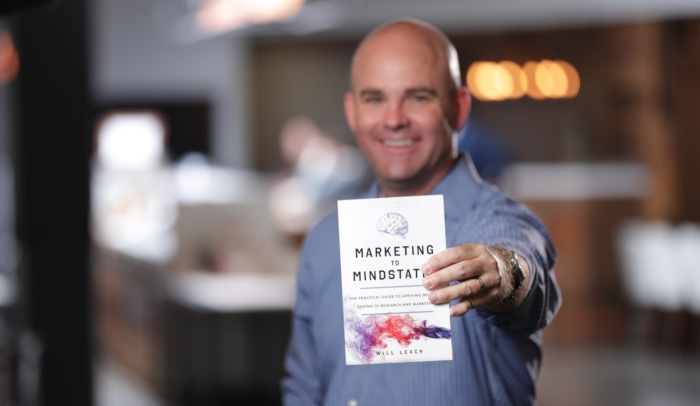 Will Leach is not afraid to call it like it is: marketing sucks right now.

It keeps us feeling tired and anxious, and for marketers, it doesn’t create the results they want. Will saw this firsthand during his twenty years in corporate America, but it wasn’t until he landed at PepsiCo that he fully understood the root cause of bad marketing.

Will studied behavioral psychology in order to better understand the buying habits of consumers. Yet every time Will’s findings were presented to the marketers responsible for implementing his insights, the data was translated in a way that made it unusable.

That’s when it hit Will: the problem wasn’t the marketing, it was the translation.

Marketers wanted to use behavioral design to make their marketing more intuitive, but they spoke a different language from the researchers giving them the data. If marketers and researchers could understand each other, marketing would be forever changed.

“Good creatives intuitively know how to solve problems. But there’s also this world of science, and when you can bring the art and science together, there’s brilliance that comes out of that. That’s the future of marketing, and that’s what I wanted to do.”

In 2014, Will decided it was time to fix the problem plaguing marketing. He started TriggerPoint and set about helping frustrated marketers better understand behavioral design.

To drive new revenue for his business and change the way that marketing operates, Will needed a fresh approach.

When Will started TriggerPoint, he knew a book could help him share his ideas and evolve the world of marketing. He also needed a new way to generate revenue for his company.

He didn’t want to keep tapping the same customers for business, or trotting out the same marketing techniques he’d used in the past (like conference booths and LinkedIn posts).

As he read Daniel Priestley’s book Become a Key Person of Influence, he was reminded that one of the best ways to build authority and create a wide-reaching platform is with a book.

“You think social media reaches everybody, but I’m not so sure that heads of research and other people in my target market are on Twitter looking for a behavioral research company. In Daniel’s book, it said if you wanted to create a category and distinguish yourself, which was my desire, that one of the steps was writing a book.”

Will tried and failed twice to write the book on his own.

When he Googled “how to write a book,” Will found experts and gurus saying the same thing: create your outline, write two hours every day, and whatever you do, don’t edit as you go.

Will created his outline and wrote religiously for a few days, but as the weeks went by, his enthusiasm waned. He also struggled to break the habit of self-editing as he went.

A few months after creating his outline, Will had just a page and a half of content. Discouraged, he pushed the book aside and came back to it a year later. That’s when he ran into a different problem: a lack of content. He was sharing other people’s stories, not his own.

Again, the book was pushed to the back burner. Will knew a ghostwriter could help him get the book finished, but he wanted his ideas to be in his words, not someone else’s.

So the book stayed on the shelf, and it pained Will to keep it there.

“To realize you’ve done nothing with one of your biggest goals, it’s demoralizing. Especially when you tell people like your wife that you’re writing this book, then they see that nothing’s happening. It’s embarrassing and caused me a lot of anxiety.”

Three years later, Will helped facilitate a discussion at a conference. As he asked those sitting around him questions about behavioral design, their silence revealed a startling truth.

“I know there’s stuff out there that I’m using with my company, and yet nobody has translated it into something that’s usable. That was the first time I thought to myself, my passion is not out there in the marketplace in a book that people are reading.”

Will had to decide if he was ready to commit time and money to a book.

There was only one problem—the help Will needed with his book seemed impossible to find.

Two days after the conference, Will heard about Scribe on a podcast, and as he listened, he knew this was the answer he’d been seeking.

It was go-time, but Will wrestled with the decision to work with Scribe for several days.

“I’m not one of those people sitting on a pot of money saying, ‘How am I going to spend this?’ The cost of doing the book was my entire marketing budget for the year. I don’t have a big company, so I had to ask myself: is this worth it?”

That’s when Will remembered why he wanted to write a book in the first place: to do something different than what he’d always done and share his ideas with a wider audience.

Through all the fears and delays, Scribe was there for Will.

For Will, writing a book was both rewarding and humbling. After struggling for two years to write the book himself, Will loved the excitement and momentum generated throughout the process.

At the same time, it was humbling to have his ideas challenged, to be told to dig deeper on a story or a concept, and to consider putting his ideas out there for the world to see.

That last part—sharing his ideas with the world—created fear that gave Will pause many times throughout the process. It caused him to delay locking his outline for two weeks, and wake up several mornings wanting to postpone content calls because he felt unprepared.

But through all the ups and downs, Will could count on the Scribe team sticking by his side, especially his writer, whom Will now considers one of his best friends.

“He knows me, my life, and my insecurities better than maybe even my wife does. That’s because when you work with Scribe, they’re in that battle with you until the end.”

With help from Scribe’s Author Impact team, Will made $40,000 from one client and landed a speaking gig with Merck.

As the launch date of Marketing to Mindstates drew near, Will kept thinking about the stat he’d read that of the 3 million books published each year, 85 percent reach less than 100 people.

Will was determined to avoid ending up on the wrong side of that statistic.

Although he owned a marketing company, Will knew book marketing was outside his expertise. That’s why he enlisted Scribe’s Author Impact team to handle the aspects of the launch he wasn’t familiar with, while at the same time supplementing their work with his own efforts.

While Will handled email, social media, and influencer marketing, Scribe posted articles on his behalf and landed him podcast interviews on shows like On Brand with Nick Westergaard.

Thanks to Scribe’s efforts with podcasts, Will landed a project with a global pet food company that paid him $35,000. The company also paid him $3,000 a month to be part of a think tank and attend conference calls. With one client, Will more than tripled his Author Impact investment.

To keep the ball rolling, Will also signed on for Scribe’s Visibility package to promote his thought leadership through monthly LinkedIn posts and bylines for Forbes. For the LinkedIn posts, Will took a quirky approach, mashing together pop culture and behavioral design for a fun three-part series that used Game of Thrones characters to understand mindstate marketing.

Shortly after the final installment was published, Will got a call from Merck. The pharmaceutical giant was inviting him to kick off their 2019 marketing offsite with a sixty-minute speech to 150 marketers about understanding mindstate marketing through Game of Thrones characters.

“Marketing is hard. You can do everything to the best of your abilities and still not break through. I didn’t want to be one of those authors with a ton of passion and big dreams whose book didn’t go anywhere because I didn’t invest in my marketing.” 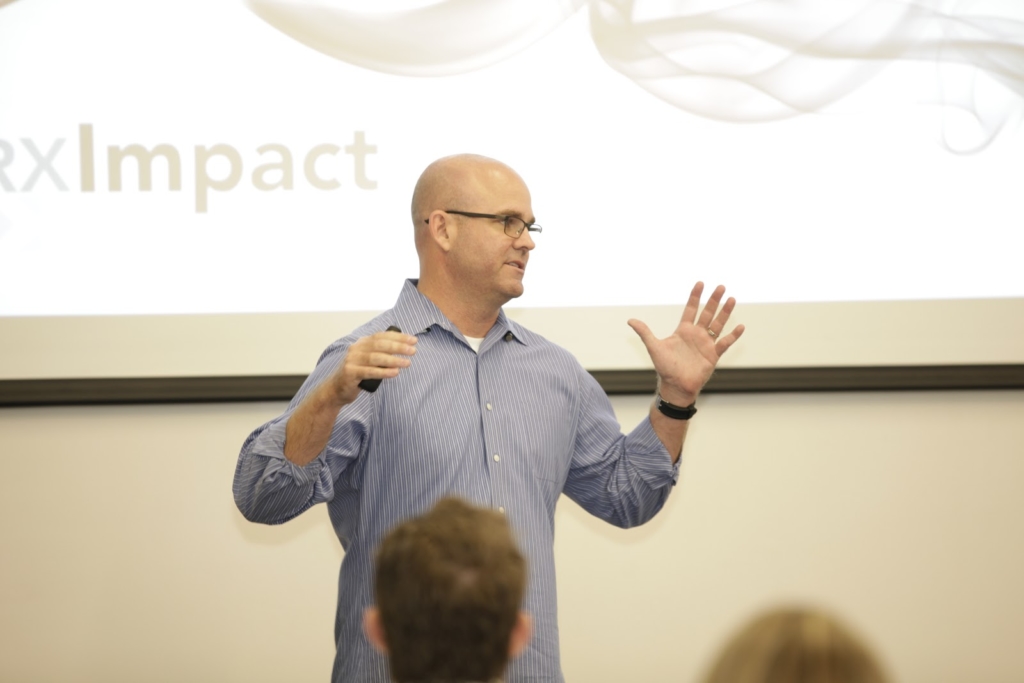 All told, Will’s made $400,000 from the book in the first six months. His investment in Scribe was paid off in the first two weeks after launch. Apart from skyrocketing TriggerPoint to new heights, Will had to create a new company to handle all the consulting and speaking gigs.

He was a keynote speaker at IIeX North America 2019 in Austin and will also keynote IIeX Behavior US in November in Boston. A global company brought him to Spain, not to head up a project or serve as a consultant, but merely to offer his expertise on their efforts.

Companies are suggesting new ways to deliver his content (and generate revenue) that Will never considered: video subscriptions, on-site workshops, and a Mindstate conference.

Given the success of Marketing to Mindstates, Will now has ideas for future books that apply mindstates to other verticals, including sales, management, and even parenting.

“The book has changed everything. These speaking gigs are ones I would’ve paid to do before the book. Now I’m getting flown all over the world to speak about my passion.”

By giving readers the practical guide they needed, Will has left an indelible mark on behavioral science and marketing. 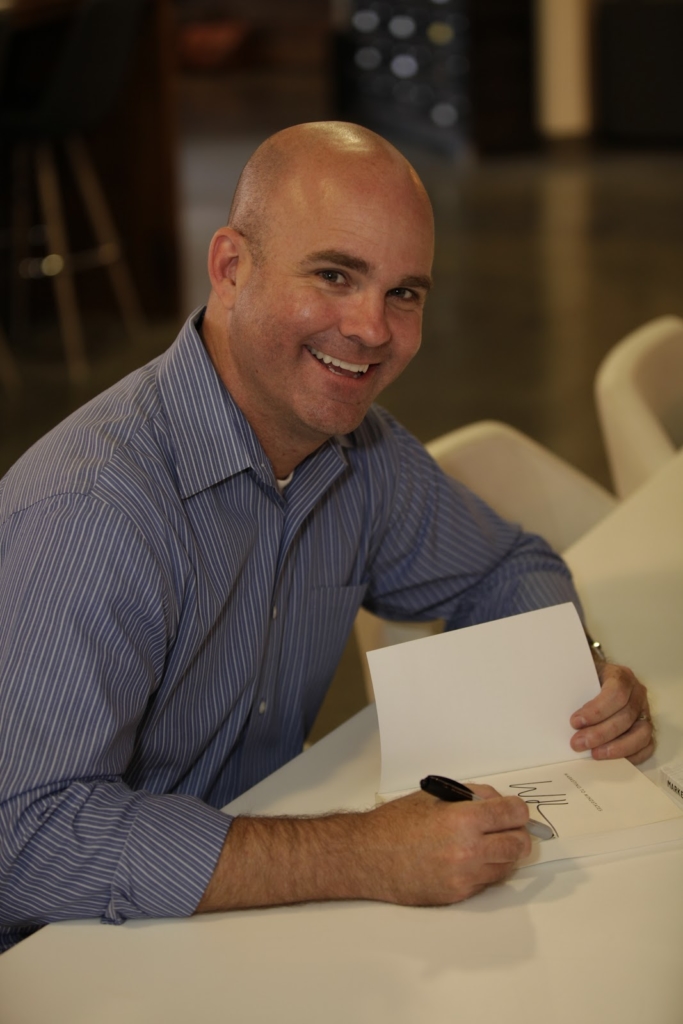 When you read the reviews of Marketing to Mindstates, you can almost hear the collective exhale of readers who finally have a practical guide to applying behavioral design.

The conversation around marketing is starting to shift, and it’s thanks to Will’s book. Reviews like this one from Pamela Forbus, Senior VP of Insights, Data & Analytics at Walt Disney Studios, show that Will’s ideas will profoundly impact the future of the industry he loves:

Will’s book is not just impacting this generation of leaders, however. It’s also shaping the minds of students at the three colleges where it’s being used as part of the curriculum.

“Twenty years from now, if I did my job right, I won’t have to teach people about behavioral design. Future executives are going to ask, ‘Where’s the behavioral design elements of this?’ They’ll know about primes, framing effects, and scarcity bias.”

Then there’s the personal impact that Will gets to see up close. At a book signing event a month after the launch, Will ran out of copies with dozens of people still in line, including a young lady in the back who looked particularly crestfallen that she wouldn’t be receiving a signed copy.

That’s when Will remembered the personal copy in his bag. He grabbed it, caught up with the young lady, and handed her his copy of the book. What happened next caught Will off guard: she threw her arms around him and hugged him, thanking him profusely for the book.

Later, Will was describing the encounter to a friend and wondered how anyone could be that excited for his book. That’s when his friend said something Will has never forgotten: to that young lady, he’s a marketing rock star, so receiving his copy of the book was a thrill.

These reviews show a few other people who view Will and his book in the same light: