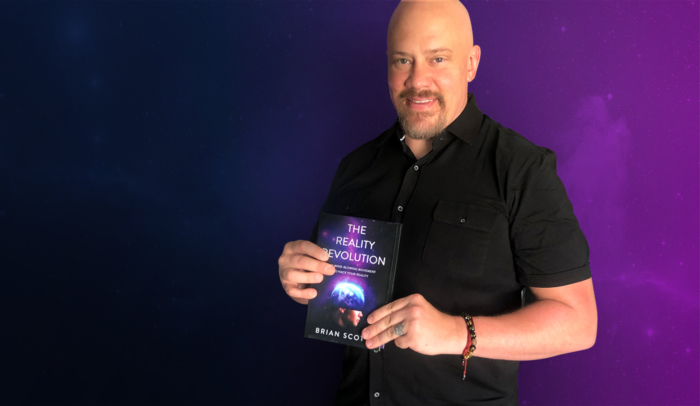 Brian Scott thought he had life figured out. He’s a huge book junkie, which made his career choice—owning an online bookstore—perfect. He spent his time reading, devouring information, and connecting with customers who loved books as much as he did. Everything seemed perfect, until the day his world came crashing down around him.

Brian was sitting at home late one evening after watching his beloved Broncos play in the Super Bowl, when a man broke into his house and shot him in the back. He should have died that day, but somehow, by some miracle, the bullet bounced off of him.

It was a horrific experience, but when Brian thought about how much it had transformed him, it felt like it happened for a reason.

“I had a complete paradigm shift. All the little stuff didn’t matter anymore. I knew I had to put myself out there and be of service to other people.”

As Brian processed what had happened to him, he started to realize lots of other people were on their own journeys of life-changing transformation. He also realized that most of them were overwhelmed about how to start or what to do. So, he started a YouTube channel to help people find answers to those complicated questions.

His goal? To help people get clear on how they could intentionally create the life and experiences they wanted, and step into their power as creators.

Brian was determined to find a way to reach as many people as he possibly could.

Even though he had thousands of subscribers to his YouTube channel, Brian wanted to find a way to get his message out to more people. He kept thinking about how to do that, until one day, about a month after being shot, he had an epiphany.

“I own a bookstore, and I’m a huge book junkie, so I know how powerful books are. I suddenly knew exactly what I needed to do. I needed to write a book.”

Brian knew, deep in his heart, that a book could help him reach the widest audience. It was how he could be an integral part of other peoples’ transformations—of the planet’s transformation. Sure, on one level, it was a way to add credibility to his already expanding YouTube channel. It was a way to bring attention to his bookstore. But, as appealing as those things were, self-promotion wasn’t what ultimately made him decide to go through with writing a book.

After his near-death experience irrevocably changed his life, being part of something greater was the most important thing in the world to Brian. He knew firsthand there are no guarantees in life, so being able to leave a legacy behind—something enduring, like a book—was the greatest gift he could give to himself and his fellow humans.

Brian started to write, but the endeavor quickly began to feel hopeless. 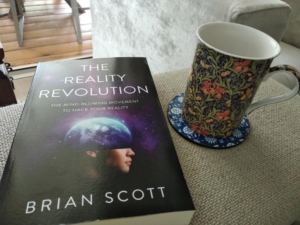 As soon as he made the decision, Brian sat down and started writing. He had gotten used to producing content for his YouTube challenge—content that was similar in nature to what he wanted to put in his book—so he was already familiar with what he wanted to say.

Not only that, but he owned a bookstore and had read thousands of books, so he had a lot of great models to follow for how he wanted his own book to turn out. He didn’t think writing a book would be easy, necessarily, but he felt like he was more than up for the challenge.

But the more he wrote, the more he realized how wrong he was. Writing a book was hard. Really, really hard. Trying to transfer the words in his head onto the computer screen was one of the most difficult things he’d ever tried to do.

“I kept writing, and the more I wrote, the less confident I became. I’m a verbal person, and it was really clear to me that I needed help from people who are experts in writing books.”

And the idea that he might get it wrong, that someone might pick his book up and think it was crap? That was even worse. In fact, it was downright terrifying.

Brian knew he needed an expert, and because of his industry connections, he knew exactly who to reach out to.

The more time Brian spent trying to write, the louder his own inner critic got. He had so many fears: was his book going to be just like the other spirituality and consciousness books out there? Would it look and feel “self-published?”

How could he catch all the grammatical errors? How could he make sure it flowed and made sense to the reader? How could he grab someone’s attention in the introduction so they would keep reading?

The more Brian thought about these questions, the more he came to one inescapable conclusion: he needed a coach. Luckily, he had an advantage. He was in the book business already, and so he already knew who his peers considered to be the best of the best when it came to writing and publishing books: Scribe.

“I had immense respect for what Scribe has done, and I knew they could help me bring my book to life. I didn’t even go to anyone else. I came straight to Scribe.”

Brian signed up for Scribe’s help with the entire process, from writing and editing to designing, launching, and marketing. He was excited, until another doubt reared its head: would Scribe allow him to stay true to his voice? He worried that somewhere in the process, his words and ideas might get lost.

Brian wanted his book to be his legacy—and that meant it had to be perfect. 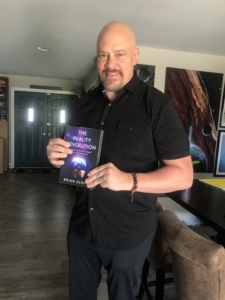 Turns out, Brian didn’t need to worry: not a single one of his fears came true. Scribe helped him break the entire writing and publishing process down into concrete, doable steps. And, they helped him stay true to his voice.

“Scribe was my own personal book whisperer. They never told me what to say or do: they just guided me step-by-step and let the book flower from within me.”

It wasn’t all unicorns and rainbows, though. Brian reached a point where he was sick and tired of the book. There were so many revisions and reviews that he got to a place where he felt like he never wanted to read a single word of his book again.

When that happened, though, his team at Scribe gently encouraged him to keep moving. They reminded him why he was writing a book in the first place: to build his own credibility and create a legacy, yes, but also to help people who wanted to transform their lives but didn’t know how. Like any great coach, they knew exactly how to motivate him to keep going, and they were always there to provide support when he needed it.

And it was all worth it, in the end. When Brian held his book for the first time, he felt indescribable joy. The book was exactly what he had imagined: his thoughts and words, but with the rough edges smoothed off.

It looked like a “real book,” too. Standing there holding the book in his hands, Brian wanted to cry. For the man who knew exactly how fragile life could be, this book solidified his legacy. It was his gift to the world, and with it, he gained a kind of immortality.

Brian’s book changed his life in ways he never could have imagined.

Before The Reality Revolution launched, Brian had told himself that if it only reached one person and helped them change their lives, he would feel like it had been a success. He meant it, too—but when the book took off almost immediately, he couldn’t have been happier.

When the book came out, Brian’s YouTube channel went from 40,000 subscribers to 300,000 subscribers. As a result, his revenue from the channel grew by 3,000%. The information he shared in his book resonated deeply with people, and they were hungry for more of his insights.

The book impacted more than just his channel. Brian’s coaching business exploded with people who had read his book and then sought him out for one-on-one help. It was obvious that, even more than his YouTube channel did, the book legitimized him and made him a thought leader. Now, he could share his thoughts with other people—people who had never watched his YouTube videos—and they would listen to what he had to say.

The book didn’t just enhance Brian’s reputation or bring in subscribers and coaching clients, either: it’s generating income in its own right.

“It’s so amazing, because the book is a passive income stream. I’ve recovered the cost that I spent on it, and it continues to bring in money. On top of everything else the book has done, that’s absolutely huge.”

For Brian, the ultimate success has been in seeing how his book has helped people transform their lives.

The Reality Revolution transformed Brian’s life. But to this day, the thing that makes him happiest is knowing that he’s been instrumental in helping other people transform theirs.

When people reach out to Brian to tell him they applied the concepts he shared in his book and overcame health problems, or found the love of their life, he feels happier than he ever imagined.

For him, it has always been about helping to simplify complicated concepts. And so, when people tell him that his book helped them figure out how to break esoteric concepts down and make them accessible, it gives him goosebumps. When they tell him that, because of his book, they finally understand how to step into their true power, he gets chills.

“I get thousands of those kinds of messages, and they stop me in my tracks. They are game-changers for me. It feels so good to know that what I wrote has helped people and inspired them in that way.”

For Brian—the man who transformed his own life after being shot and almost dying—being able to help other people do the same has always been the real driving force behind this book. And knowing that he’s succeeded, and that the book will continue to help people even after he’s gone? He honestly couldn’t imagine anything better.

Here are some other examples of what people thought of Brian’s book: