Jorge Newbery: From Struggling $26MM In Debt To Breakthrough Success 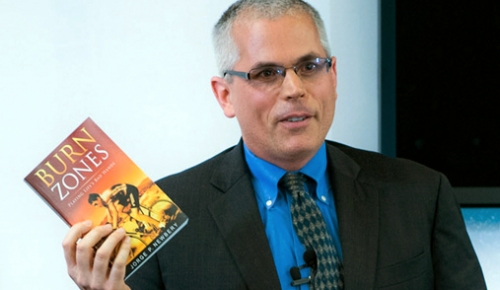 Jorge Newbery is a serial entrepreneur who wrote a book that helped him attract speaking gigs and investors.

As the founder of American Homeowner Preservation, Jorge helps struggling homeowners restructure their debt to get lower rates and keep their homes.

He got into this business because Jorge has first-hand experience of being in financial straits: Jorge was once $26 million dollars in debt.

Starting from knowing nothing about real estate, Jorge quickly rose through the ranks at a real estate agency, started his own business, and was able to build a real estate empire of 4,000 apartments across America in 12 years.

All that came crashing down when a series of misfortunes combined with a natural disaster to result in him losing it all–and winding up $26 million in debt.

Always a fighter, Jorge refused to declare bankruptcy. Instead, he learned the ins and outs of the system to settle or pay off all of that debt. He eventually started a business using the expertise he developed while rebuilding his life to help other people with the same issues.

The problem was that, even after the debts were settled, he was dismayed to find his past never really left him. He found him continuously having to tell his story to investors who ran background checks and had many questions.

This “gap in his history” led to him missing out on more than a few opportunities. Taking a reactive approach to telling his story was just not working.

“I used to be ashamed of my past–and now I lead with it.”

He knew that, if he could just tell his side of the story first, he could turn it into an asset instead of an obstacle

Jorge worked with Scribe to write and publish Burn Zones: Playing Life’s Bad Hands. He opened up about all of the dark secrets of his past, took responsibility for them, and showed how he learned from them and how they made him the man he is today.

Most importantly, this showed very clearly how he these negative experiences were precisely what led him to acquire the specialized expertise that makes him the perfect fit for his current company.

“You put out your story, and then no one can dig up your past and use it against you.” 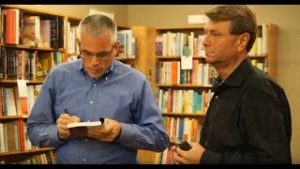 What started as a way to explain his past, turned into one of his best marketing tools

As soon as the book came out, Jorge shared it with his investors and people in his life. He expected it to help “set the record straight.”

It did do that. But it ended up accomplishing much more. He wasn’t prepared for how positive the response ultimately was.

“People reached out and said, ‘This really touched me. I hadn’t known what you went through. Congratulations for what you were able to do.’ They shared challenges they went through.”

It helped people relate to Jorge better and made him more approachable. When people visit his office, now they already feel like they know him and know much more about him than he knows about them. Naturally, this leads to better conversations, more trust, and better business results.

“They feel that they know me and so there’s an extraordinary response. We often read about it in online reviews, people talking about the investments and saying that part of the reason they invested with us was because of something they read in the book, so it’s been very effective that way for us.”

Another way that Jorge spread his message was through speaking engagements.

Speaking is especially powerful because once people saw him speak, they had a context to place the book in. They felt the emotion of his story even more than reading it. This helped build relationships with folks in the industry who may not be direct investors, but are still involved in his industry.

“I speak to a lot of industry people that I do business with but aren’t necessarily investors–but may be someone that sells us loans or people at banks. I share the book with them. Some of them read it and some of them probably don’t. But from those that do, I often got very good responses. It strengthens relationships. Even those that exist and are already strong, it makes them even stronger.” 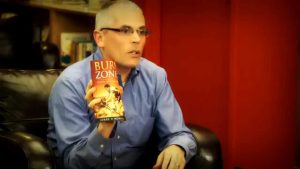 Jorge landed a podcast appearance and was able to share his story with high income individuals looking for new investment opportunities–the perfect group for him to be introduced to. He offered to give his book away for free, and the engagement rate was extremely high. Many of the listeners became investors.

Seeing how well it worked, they repeated the strategy.

“We looked at a few other podcasts and replicated the situation with that same target market. People with higher incomes who are seeking out investment advice or exposure to new investment opportunities.”

Giving the book away built trust and familiarity with people who would be great investors.

“The book has been a great tool to kind of help us stand out from all the other investment opportunities that they hear about. I think it gains some trust right away because they read the book and they say, ‘Hey, I really know this guy.”

The positive feedback led to an influx of investment…so much so, they had to close the fund!

After the podcast appearances, Jorge’s fund was getting so much investment that the money was stacking up faster than they could find investments for it. They actually had to stop taking investments–something that had never happened before.

It was a hard decision. They were driving a lot of potential investors to the websites, so to turn off the ability to invest would be to risk leaving money on the table.

Three weeks later, when they reopened the fund, they took in $1.5 million within 24 hours. The people who had read the book and were on the fence about investing knew it would be their chance to get in, and they took it. They nearly had to close the fund again, but have now augmented their team and are able to keep up with the increased demand.

The external rewards were great, but the book writing process also helped Jorge integrate his story

“Writing the book and sharing it with people has really been effective at making me feel like everything is okay. Everyone else is okay with what happened and I can move on instead of part of me being stuck in that period.”

Writing and sharing the book helped Jorge make peace with his past and step forward powerfully into his future.


“It’s helped me more than anybody. Not just in terms of other people’s reactions to it, but helping me not feel guilty or ashamed of that period of my life. Recognizing that itb’s something that happened. It’s something I’ve moved on from. Most importantly, I learned that the worst experience of your life shouldn’t define your life.”