Writing Under a Pen Name (What Authors Need to Know) 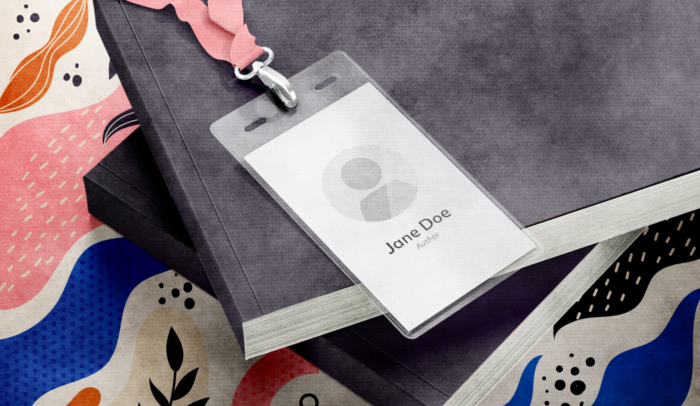 Some Authors want to use a pen name for their first book.

Maybe you’ve considered it. Maybe you’ve even used one of those online generators to come up with a larger-than-life alter ego.

I get it. There’s something intriguing about picking a flashy new name to go with your flashy new book.

And for some people, there’s a certain appeal to keeping yourself out of the limelight. After all, what if people hate your book? Or, what if your family members get upset that you told an embarrassing story about them in your memoir?

But let me help you here: you should resist the temptation.

If you’re writing a nonfiction book, you should not use a pen name.

No matter how common, complicated, or controversial your real name is, you’d do best to stick with it.

This post will explain what a pen name is, why some Authors use them, and 5 reasons you should not use a pen name if you’re publishing a nonfiction book.

What Is a Pen Name?

A pen name is an assumed name an Author uses in place of their real name. You’ll occasionally hear people refer to it as a pseudonym or nom de plume.

Sometimes pen names are close to the Author’s real name. This is the case with J.K. Rowling, a.k.a., Joanne Rowling.

But sometimes they’re nothing alike, as is true with J.K. Rowling’s other pen name, Robert Galbraith, or Stephen King’s alias, Richard Bachman.

There are many reasons fiction writers use pen names. Historically, women would often write under pen names so their work would be taken more seriously. That was the case for George Eliot, whose actual name was Mary Ann Evans.

Stephen King’s publisher discouraged him from writing more than one book a year so he wouldn’t oversaturate the market. That’s why he published books under the Richard Bachman pseudonym.

After the immense success of Harry Potter, J.K. Rowling submitted a manuscript as Robert Galbraith to see how publishers would respond to her latest work, apart from the hype.

Famous Authors often adopt pseudonyms if they want to branch out into different genres, as was the case with romance-writer Nora Roberts, who took on the name J.D. Robb for her futuristic thrillers.

Finally, some fiction Authors create alter-egos that are more suitable to their brand. Think of whimsical children’s Authors like Lemony Snicket, Pseudonymous Bosch, and Dr. Seuss.

But if you’ve been paying close attention to these examples, you’ve noticed a common theme here. All of these Authors write fiction.

Thus, if you’re writing nonfiction, you need to do it under your own name.

People buy nonfiction books because of the Author’s real identity. They want expert solutions to real-life problems, which means they need a real-life expert with know-how.

If you want readers to trust you, they have to know your background, hear about your first-hand experience, and connect with you under your real name.

Why Nonfiction Authors Should NOT Use a Pen Name

Most nonfiction Authors don’t make a lot of money from book sales.

But—and it’s a big but—many books bring in far less than $10 a copy, and many sell fewer than 174 copies a week. Not to mention, your launch week will probably be your highest sales point, so you can’t bank on an equally steady stream of sales.

But sales are not an accurate way to assess your book’s success.

They’re also not the best way to make money off a book.

Most successful Authors make money from their books in other ways.

Your book is a marketing tool. Regardless of whether you’re hoping to make money, gain clients, enhance your visibility, or make an impact, you want your brand to be about you, not some false version of you.

In order to do that, you can’t hide behind a fake name. You have to put yourself front and center and use your book to build visibility, establish credibility, and spread knowledge.

Take Bryan Miles, for example. He co-founded Belay Inc., a remote company that offers leaders help with services like bookkeeping and personal assistance. Bryan’s book, Virtual Culture, was a manifesto on the benefits of remote work. It got him a ton of high-profile media exposure. Within a year of publishing, Bryan had generated $1.1 million in new top-line revenue.

When asked about his expectations, Bryan said, “I didn’t have this vision of writing a hugely popular book or a New York Times bestseller. I wanted a tool our sales team could use for their prospecting efforts and that we could leverage to gain greater market exposure through podcasts and more tier-one media opportunities.”

Bryan knew that the book was a tool he could leverage, not an end in itself.

Just think: if he had published that book under a pseudonym, people would never have found him. They would never have recognized the Author as the founder of Belay Inc., a company that had won awards for remote work.

They wouldn’t have had any sense of who he was or why they should trust him.

If you want the gain, you have to use your name.

You should put your best effort into making your book great. Your book should not only represent you, but it should be something that you’re proud to say represents you.

If your book doesn’t effectively reflect who you are and what you’re capable of, you’re better off not publishing it. There’s no point in hiding behind a fake name.

Of course, you might get some negative reviews, but if you’ve written a good book, the vast majority of feedback is going to be positive.

Listen, I’m no stranger to negative feedback. I’ve written 4 New York Times bestsellers, and they were all “controversial.” But I’ve also received glowing reviews, emails from people who enjoyed the books, and rich conversations with people who liked what I put out there.

Don’t worry about what everyone thinks.

Instead, really focus on your target audience. What are their problems? What do they need to hear? What help can you provide? What stories and solutions can you share?

If you write a book designed to help that niche audience, it won’t matter what a handful of haters say.

No book is universally liked.

If no one hates what you have to say, you aren’t saying anything worth saying.

I’ll put it this way. I can say, “The sky is blue,” and I probably won’t get angry emails. It’s not a controversial statement. But it’s also not an original idea. No one will care that I “went out on a limb” to say something everyone already knows.

You want to get your readers excited, which often means someone will get their feathers ruffled.

If you’re speaking to the right audience, there will be a lot more people interested in what you have to say. They’re the ones that matter. Remember to put your feedback into perspective.

If you’re considering using a pen name because you don’t want people to know it’s your book, I have one question: 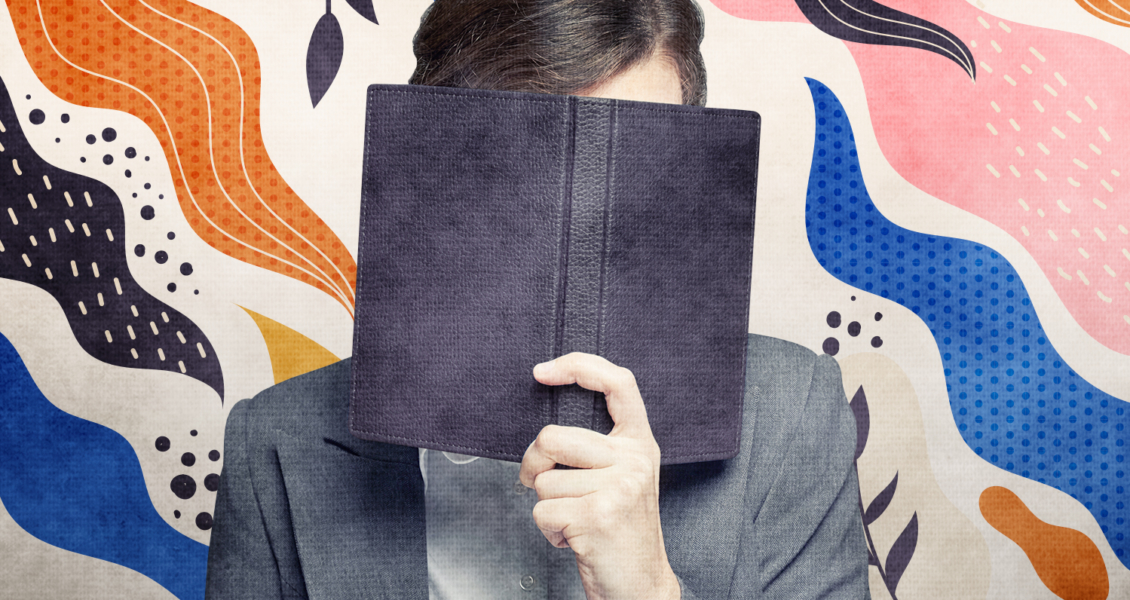 Whatever the case may be, fear is natural. But it’s not a good enough reason to write a book you want to hide from.

Be honest with yourself. What are you afraid of?

If you’re writing something you’re embarrassed about, that’s even more reason to claim it. The most powerful stories are the ones that tell the hard truth.

The whole point of a book is to help people think about something or do something in a new way.

And if you’re not even willing to put your own name on it, then why should they listen?

You’re a real person. Own your stories. Own your knowledge. Own your mistakes.

Listen, every Author has fears. Seriously. Every Author, myself included.

That’s one reason it’s so hard to write a book. When Authors get stalled in the book-writing process, it’s usually not because they needed more research or didn’t understand how to write a conclusion. It’s because they got overwhelmed, anxious, or afraid.

Fear is the #1 book killer.

Don’t let fear take control. You’ve gotten to where you are because you have important things to say. Claim them.

4. What If My Name Doesn’t Make a Good Brand?

Whatever your name is, own it. MAKE it a good brand.

You can turn even the most complicated name in your favor. Take Scribe Author Robin Farmanfarmaian, for example. Her last name isn’t the easiest for people to remember, but she’s still killing it.

She leveraged her book, The Patient as CEO, to land some impressive media coverage and speaking engagements, including a TED talk.

She used her real name for all of that coverage. Now, all you have to do is type “Robin Far” into a search engine, and she comes up. She successfully built a HUGE brand without adopting a pen name.

She did make a clever choice with her domain name. Because Farmanfarmaian is hard to spell, she opted for robinff.com instead. But every element of branding on her site still features her full, real name.

You don’t need a great name to have a great brand.

You need great ideas, content, and drive. When you give people a reason to remember your name, they will, no matter how complicated it is.

5. What If I Have the Same Name as Someone Famous?

Even if you have the same name as someone famous, you should still consider keeping your name the same.

In Britain, a famous novelist and famous comedian share the name David Mitchell. Have there been moments of confusion? Probably.

Nevertheless, they’ve both managed to have wildly successful careers in their respective areas. And the comedian David Mitchell has even written several books, without mass chaos.

But if you have the same name as someone really famous, you’re probably better off adding your middle name or initial to your publishing name. Instead of competing with the Kevin Bacon, set yourself apart as “Kevin J. Bacon.”

There are 2 caveats, though:

If you aren’t prepared for those caveats and don’t want to use your middle initial, it’s still better to stick with your real name instead of choosing an entirely new one.

It may seem important to have a distinctive Author’s name, but think about it from a practical standpoint. If your name is Robin Williams and someone’s searching for your book, they probably already know they’re not looking for the actor.

If they can’t find you with a simple Google search for your name, they’ll search for “Robin Williams Author.”

Don’t make things more complicated than they have to be.

Remember, you’re not trying to establish a professional writing career.

You’re an Author. You’re writing to share a message with your readers and help people solve their problems.

If there were two professional sci-fi writers with the name “Margaret Brown,” it might make sense for one of them to adopt a pseudonym. Readers might get easily confused by two fiction writers with the same name, publishing in the same genre.

Nonfiction Authors don’t have to worry as much because they come to the table with a unique message. The odds of two Margaret Browns writing about a five-step method for improving your marriage are really slim.

If you think there may be some overlap, you can always distinguish yourself in the book. (“No, I’m not that Emma Stone.”) This could be one of the very rare cases when a preface is worthwhile.